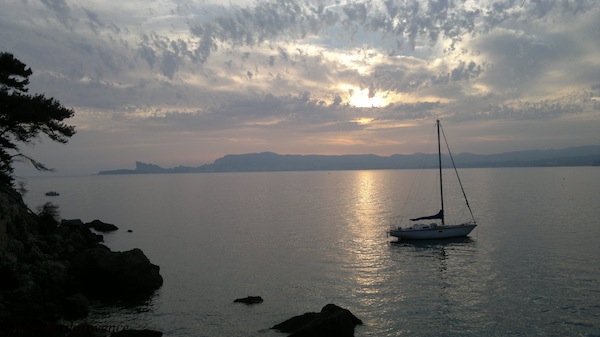 I was born and raised in Southern California. After my husband and I married and the subsequent birth of our four children, I decided it was time to head to college.

I’m a nut case, I tell you. I majored in International Business and French Language and Culture Studies at the California State University in San Bernardino. Despite being a stay-at-home mom and not knowing a word of French, it sounded like the perfect degree for me!

During my college years, I was invited to participate in my university’s exchange program which was in Aix-en-Provence, France. After much soul searching and having multiple conniptions, my husband and I decided to go for it (basically he couldn’t take the conniptions any longer). So we stored all our belongings, sold our house and took our four children to live in the south of France for two years.

What the heck was I thinking dragging four small children to France? Well, it was honestly the best experience of my whole life, and the craziest! I didn’t really know the language or culture, and pretty much flew blindly through the first year. The kids were immersed in the local French schools and I went off to study at the University Aix-Marseille III.  Towards the end of our stay, I cried every day knowing that I was going to leave.

Upon our arrival back in the states in 2005, I could think of nothing but going back to France. It pretty much dominated my entire existence to the point that every conversation was about France or something French! My friends and neighbors were starting to get to the point of wanting to slap me whenever I opened my mouth. Some actually did (sheesh)! They could have just unfriended me! I then immersed myself in writing a blog for the Cal State University Student Exchange program, which they now use to promote the program. Writing it gave me the relief I needed in wishing I were still there. It was also less painful, since no one was slapping me for telling my stories!

For the following years, I concentrated on working toward moving back (seriously-eating, drinking, breathing, sleeping-you name it!). In early 2010, while working for a company in San Diego, California, I was offered a position that was located in Provence. I jumped at it, literally and without my floaties, and in October 2010, my husband and youngest daughter relocated to a coastal village in southern France. What a whirlwind time it has been. The difficulties of moving to a new country were made worse by the completely ridiculous stuff that goes on here (what the heck is with the drivers and why is there cat poop on my terrace when I live on the fourth floor and don’t have a cat?). But then, I get to take road trips around this beautiful country and learn more about its history, culture and language. I recently started writing down the funny and sometimes down-right stupid stuff that has happened to me since landing here. This has now turned into my daily blog. I hope to be writing and sharing about my life in France for a long time to come.