Quiet on the Set! Action! 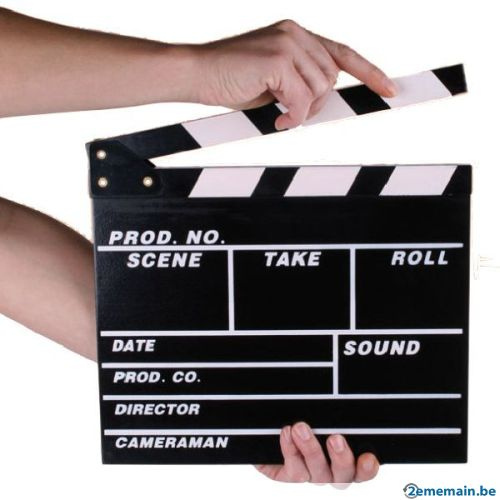 After Cannes, Los Angeles is becoming a major spot of interest for French cinema, as it is becoming an important and internationally rich and diverse cultural center.

I fondly remember the American movie Green Card with my favorite actor Gérard Depardieu who won the Golden Globe in 1990, and was nominated for the Oscar that same year!

At the Golden Globe awards held in Los Angeles in January, one of the surprising winners was … drum roll … the French masterpiece The Artist. This silent film was shot entirely on location in legendary Hollywood settings. Jean Dujardin, a French actor, won the Best Actor award and is being compared to the famous Hollywood figure George Clooney.

Intouchables has already received mixed reviews in the American press (in my opinion they really didn’t get it…), and yet it is eagerly awaited in the US. Finally, a film that deals with real human relationships and issues between all races and social classes! It was high time France made such a film! Omar Sy is the new Eddie Murphy or Chris Tucker. 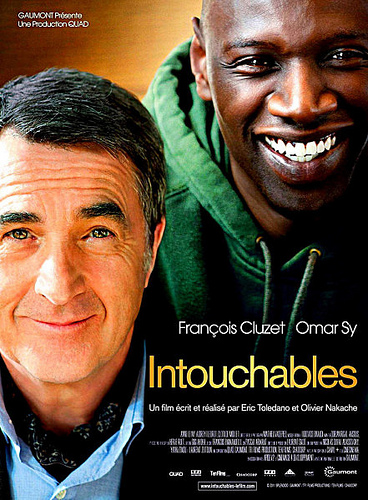 The movie poster for ‘Les Intouchables’

Our beloved Tintin and Milou were transformed by Steven Spielberg into Tintin (pronounced Tinetine) and his dog Snowy … It’s too bad they didn’t keep the original name Milou! Great Hollywood efforts to bring our Belgian heroes to the younger American audience … I still prefer the books though.

The French Parisian influence brings us Hugo by Graham King and Martin Scorsese – a touching story of a little orphan boy living hidden in the Parisian train stations! 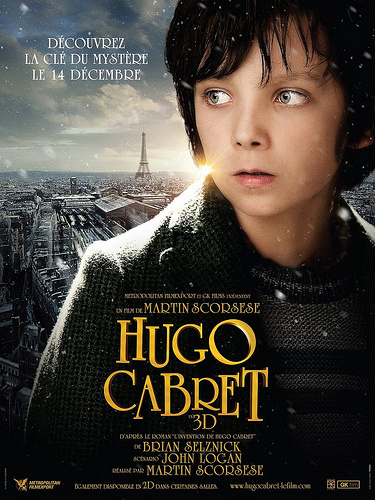 The movie poster for Hugo Cabret

Woody Allen’s  Midnight in Paris is a romantic comedy filmed on location in Paris where the characters find themselves lured in and submerged by the charm and magic of the City of Light!

To stay in the loop and find out more about French films showcased in Los Angeles visit the awesome site COLCOA, – City of Lights, City of Angels – A week of French Film Premieres in Los Angeles. COLCOA is dedicated to French cinema in the United States presented by Franco-American Cultural Fund, DGA, WGA West, MPAA and la SACEM. The 16th COLCOA Event will be held from April 16 to April 23 2012 at the Directors’ Guild of America in Hollywood!

Which are your favorite French movies?