Like I know a harp has never been used in any of my favorite rock songs.

I know that Jimi Hendrix never recorded with a harp.

I also know that a harp would never fit in the restroom at work, but would fit comfortably in my bathroom at home.

‘Harp’ is also a verb; something else I know. It rhymes with a lot of words, like ‘carp’ and… OK, I now know it doesn’t rhyme all that easily.

Mostly what I know about the harp is that it’s a musical instrument that plays classical music, and I know harpist (harper? harpologist? hmmm, something I don’t know about the harp) Sylvain Blassel recorded a very soothing CD with the harp called Bach – Goldberg Variations.

I also know I saw him live, and here’s the proof of that… 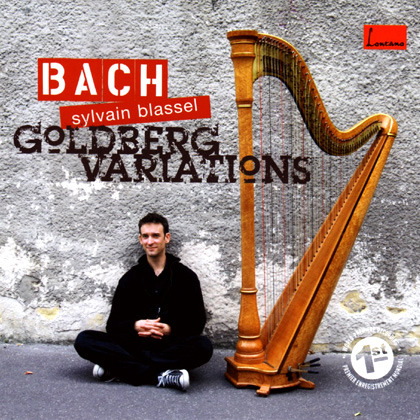 9:11 Blassel’s obviously talented, but it’s awfully hard to jam on the harp. It’d be like rocking out on the triangle.

9:15 A song by Liszt called ‘Consolation’, written about his friend Chopin after he died. I bet it was small ‘consolation’ for Chopin.

9:19 Soothing like five dollars’ worth of magic finger massage on a motel bed. And just as not boring.

9:25 Plus shows like these give me the chance to test out the effects on my smart phone camera. 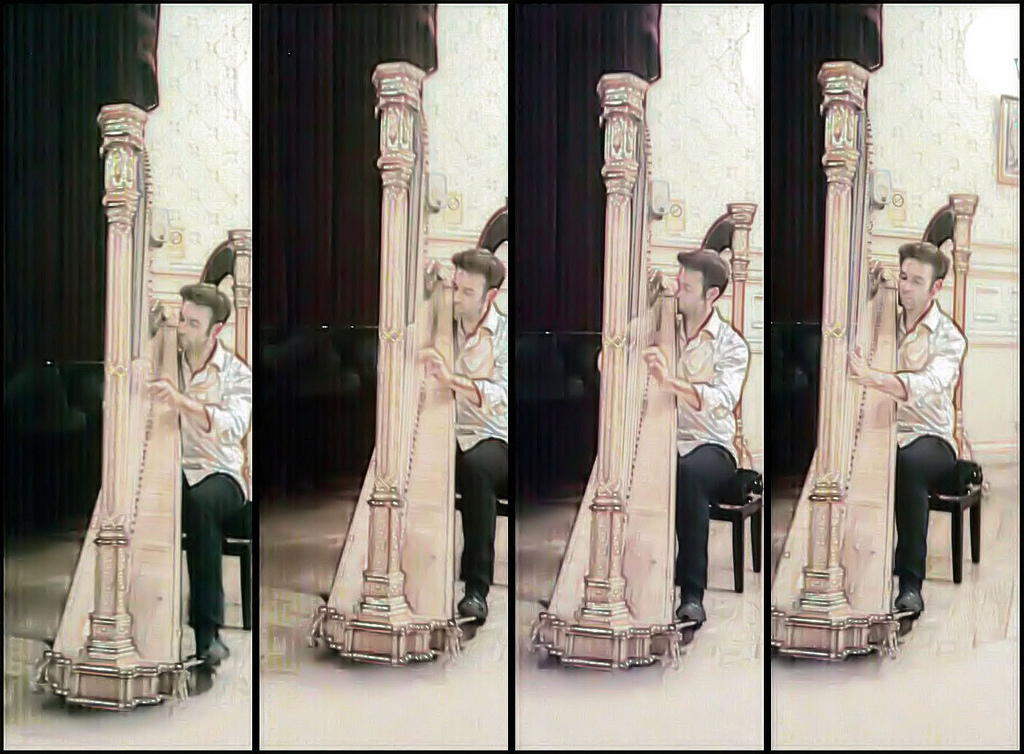 Of course! His mom and dad made a Liszt. When he was young, he had a lot To-Do Liszt, because he was a very itemized Liszt. While he had a very big wish Liszt, he was easily ticked off and though his days were numbered before he was bulleted, he found himself counted among the Ten Most Wanted Liszts. Eventually, he was reduced to a Liszt of Achievements in an obituary. Ha! Do I know Liszt!? 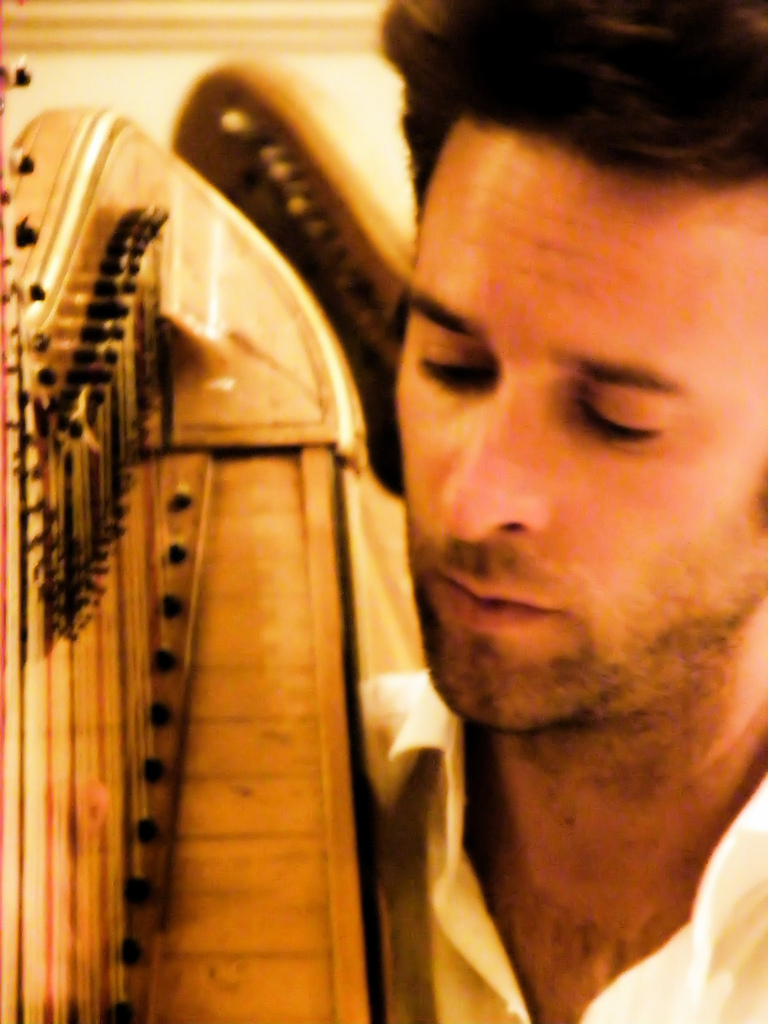 9:39 The harp gives a different sound to these old classics. Think Mozart Unplugged.

9:42 This music is bright like a Sunday morning on my grandparents’ back porch when I’d mowed the yard on Saturday.

9:47 Seeing classical concerts in Paris is like living the dream of what I imagined it would be like to be grown up. 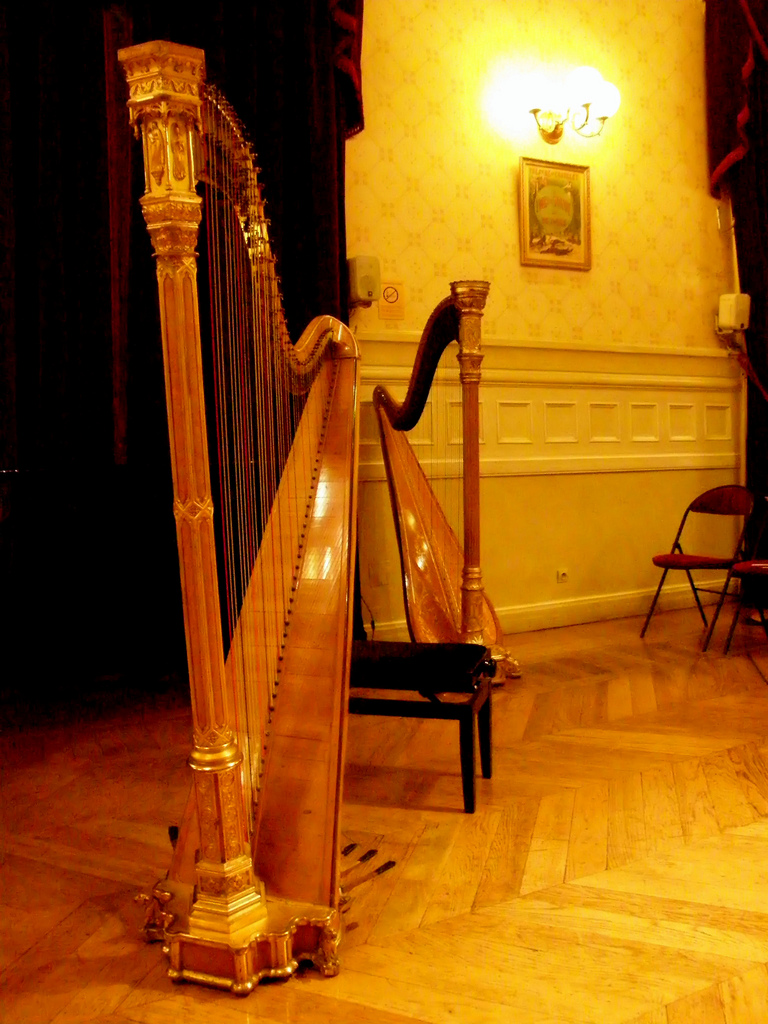 All original photos by Paul Prescott. Check out his website Paris By Cell Phone.

A special thanks to my good friends at Integral Classic for the seat and the +1 at the concert. You guys rock… or whatever the classical music equivalent of that is.