The moment the first stiletto touches the carpet in southern France, the flash bulbs, blogs and twittersphere explode. This year was no exception. Wading through a sea of couture gowns, sequins and stilettos, we emerge from the depths with the best dressed so far. Who has put their best foot forward for the Cannes Film Festival in 2012?

Cannes has long been synonymous with glamour and style. From Brigitte Bardot to Grace Kelly, some of the world’s most elegant women have graced the red carpet in southern France. They have always looked the part, from dramatic sweeping gowns, to chic ensembles for wandering the boulevards. It is true that where there is fashion there will often be misfortune, but let’s not dwell on failure, shall we?

France has long held the title of one of the most well dressed countries in the world. Add this to the already daunting prospect of red carpet events and any star would be worried.

If they were feeling nervous, you couldn’t tell at all. One beautiful creation after another has sashayed down the red carpet. 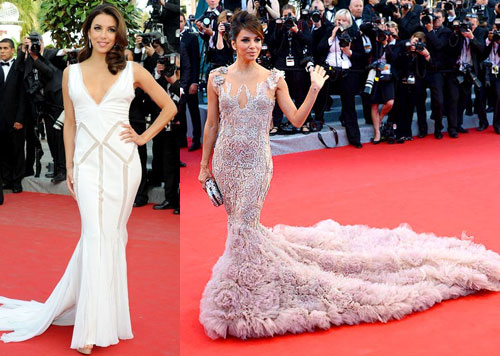 From Eva Longoria’s jaw-dropping series of couture gowns to Freida Pinto’s bold and bright choices, we’ve all got outfit envy. 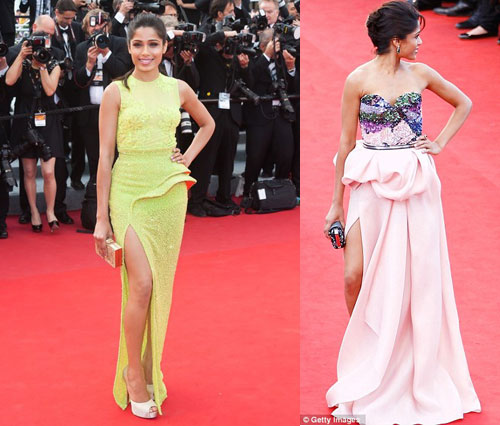 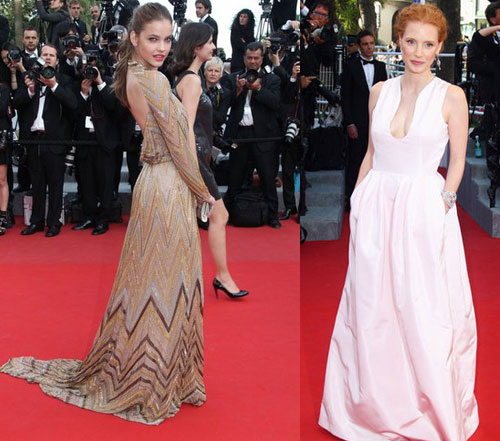 Marion Cotillard has a knack for choosing both daring film roles and killer outfits. Her film ‘Rust & Bones’ premiered to rave reviews last week in southern France. Her dresses are doing much the same. 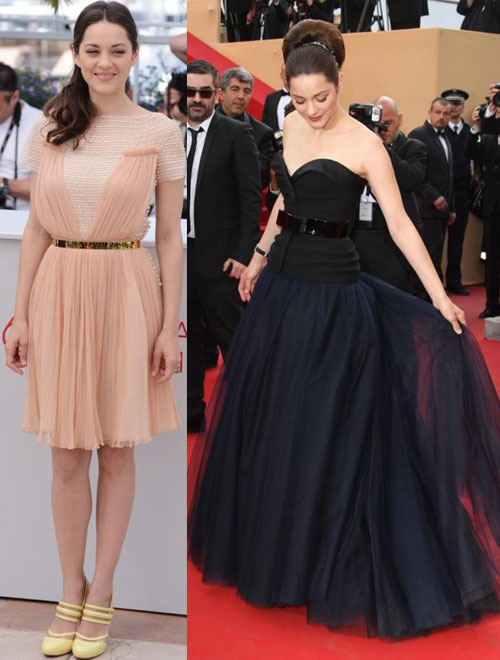 She managed to look simultaneously demure and bold in her peach Dior dress and Versus lemon shoes at her photo call. The premiere saw her step out in Dior once again, this time leaving any sign of temerity back in her hotel room. Her striking black gown featured a structured bodice, large belt and fully navy skirt.¹

The belle of the ball: Diane Kruger

From day one, the crowds went silent at the sight of official jury member Diane Kruger. From her strikingly beautiful mint Giambattista Valli gown to her daring plum lace-up mini dress by Versus, Diane seems to be one step ahead.

Each day brings a new creation. Graced with a lithe figure and near perfect bone structure, there seems to be nothing she can’t wear. Vivienne Westwood turns a disco ball into a dress and she looks perfect.² 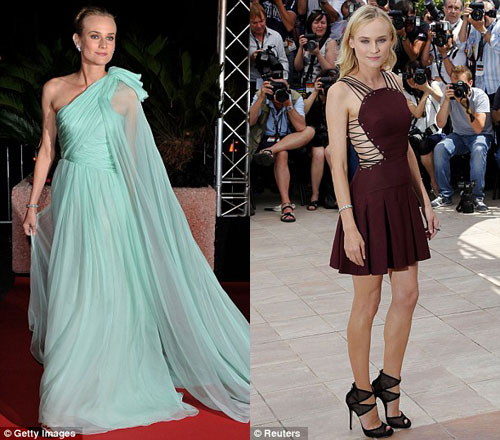 How many more gowns has Diane managed to fit in her suitcase? And as the world watches on, are the best sartorial moments yet to come?