French weekends: A castle, a casino & a cop on Côte d’Azur 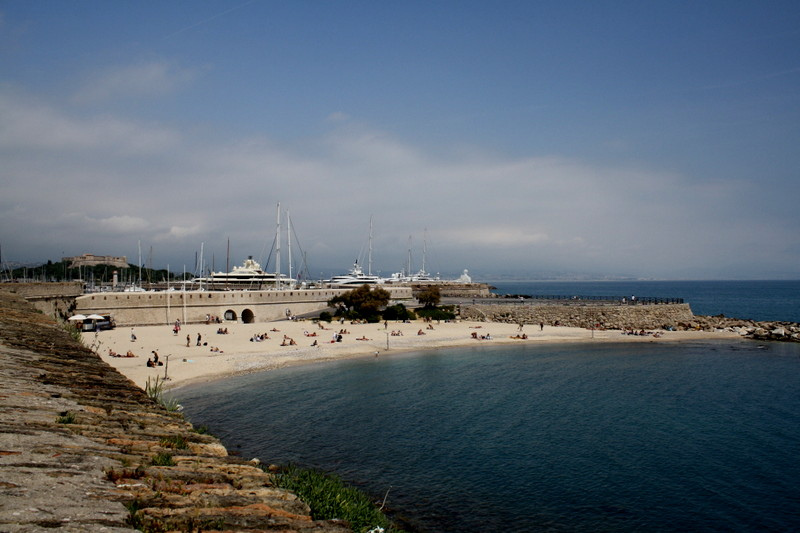 Living and working in northern Italy for the summer last year offered the opportunity for a few weekend escapades over the border to France for a taste of the French life.

On a sunny day in May, friends and I took a one-day dash in ‘Herman the VW’ over the French border to the Côte d’Azur. The first stop was Antibes, a stone port town sitting quietly on the coast between its flashier neighbours Cannes and Nice.

Antibes’ naturally protected port has been favoured by the Ancient Greeks and Romans, and in recent years, Europe’s wealthy citizens.

Picasso stayed in the Château Grimaldi for six months in 1946, leaving a collection of drawings, paintings and sculptures. These now form the fantastic Picasso Museum. We spent the morning wandering through bougainvillea-filled back streets and along the docks, ogling super yachts lined up to be restocked with champagne for the upcoming summer crossings.

Over a salade niçoise we watched locals in white linen haggling over their weekly grocery shopping in the town square then headed into the rocky French hills. The aim was to visit a chapel designed by Matisse but neither I nor TomTom could find it. I decided to ask a policeman on a motorbike sporting some fetching knee-high boots for directions. 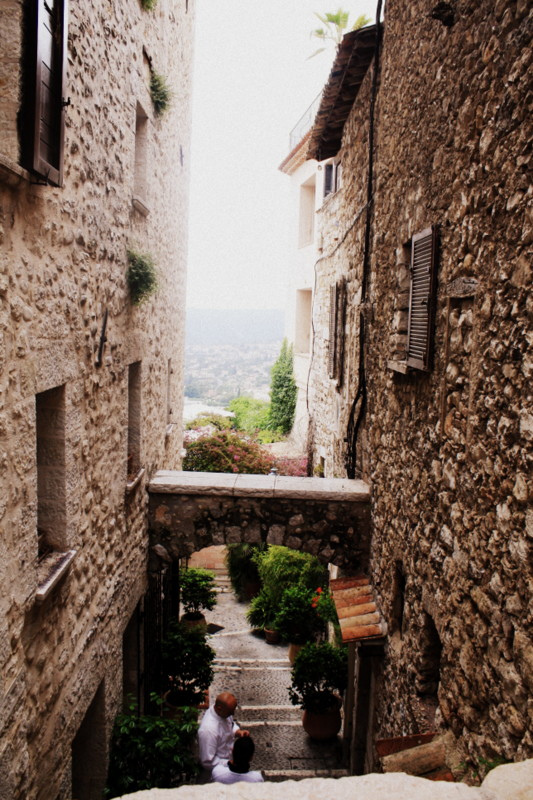 My rusty French was met with a mélange of contempt, amusement and boredom from the policeman. In the face of this I didn’t catch his rapid-fire directions and promptly set off in the wrong direction at the first turn.

Le Gendarme appeared beside us on his bike, and with a grand sigh escorted us all the way to St Paul de Vence.

This, incidentally, is not where the Matisse chapel is. The chapel turned out to be back in Vence, but we couldn’t let a French police escort go to waste. So we looked around St Paul: the ‘old stone village shaped like a boat’[1] . Fortunately it wasn’t a visit wasted. St Paul de Vence is a charming village set along higgledy-piggledy stone streets full of galleries, bakeries, restaurants and painters on pavements.

The settlement’s original castle was built in the 9th century AD. Since then it has played host to peasants, Counts of Provence, and, since the 1920s, modern artists and writers from France and beyond.

It has also been discovered by the tourism industry, so in summer it crawls with coach-loads of tourists hankering after tacky trinkets. But in the cobbled lanes you can still find tranquil charm and an outstanding cone of gelato.

The next stop was Avenue de Matisse for the Chapelle du Rosaire. 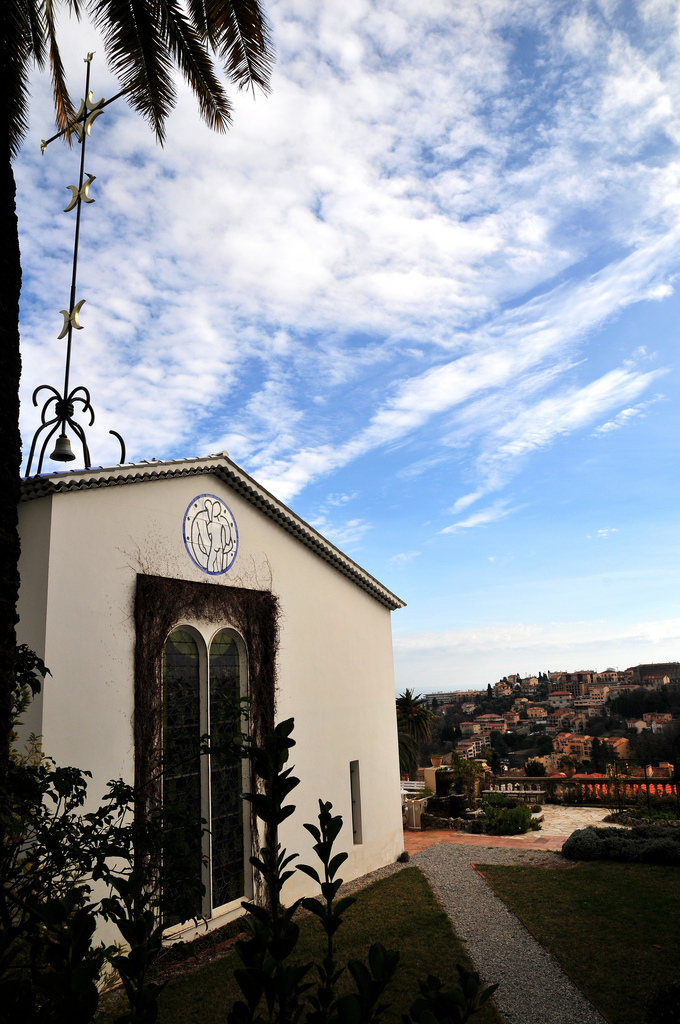 In the middle of an unassuming road sits a small chapel entirely designed by Matisse in the early 1950s.

One of his last works, it is tiny, and stunning.  Matisse designed everything, from the altar to the stained glass windows, the confession room door, and even the priest’s brightly patterned robes.

There are also three huge line paintings on ceramic tiles on the walls of the chapel. In a wheelchair at the time, Matisse created these with a paintbrush strapped to his arm.

The road home rounded to Monte Carlo, which was set up for the Grand Prix so we stopped in for a snoop. With Herman carefully parked between two offensively extravagant cars, we walked alongside the racetrack down the hill to the harbour.

We decided against trying our luck in the casino. Instead we sat outside watching the lives of the rich and famous as the sun set on a colourful day on the Côte d’Azur.

This is the first of a two part series about Weekends in France by Sophie. Watch out for the second part which directly follows this one.