French Romantic composers: How much do you know?

Although some French composers left their mark in the Baroque period, such as Rameau and Couperin, the ‘high era’ of French classical music was the middle of the 19th century. Composers such as Bizet, Berlioz and Debussy were at their most creative and productive during the Romantic era.

It is interesting to remember that the beginning of this period of creativity in music coincides with the emergence of Impressionist Art, which also first developed in France. 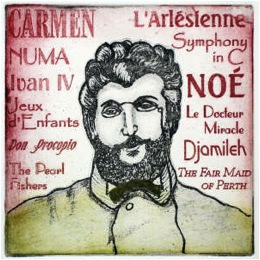 Bizet’s given name was Alexandre César Léopold but he liked Georges better. Best known for his opera ‘Carmen’ and ‘The Pearl Fishers’, he was a child prodigy, and lived a short but productive life, dying at 36 years old.

He was well liked despite a violent temper and being prone to challenging people to duels. 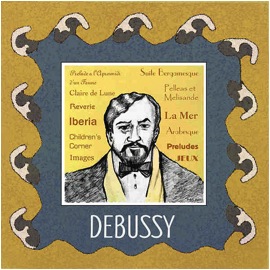 Of the most influential composers of the 20th century, Debussy is known for his pieces ‘Clair de lune’, ‘Prélude à l’après-midi d’un faune’ and ‘La Mer’.

He lived in Paris at the time of the Impressionist painters and mixed with them often. Though many refer to his music as ‘impressionistic’, he himself despised the term.

Innovative and experimental, Debussy made new rules of composition and harmony. He even created an alter ego whom he called ‘Monsieur Croche’. 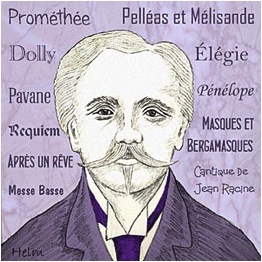 One of the fathers of the French Romantic and Neoclassical eras, Fauré is best known for ‘Pelléas et Mélisande’, ‘Dolly’ and ‘Pavane’.

His love life was eventful. He had a wandering eye and apparently suffered from ‘horreur du domicile’ – horror of home life!.

Until he finally started teaching at the Conservatoire, money was a problem. He earned his keep by giving private lessons and through his church jobs, but very little from his compositions. He never received any royalties. 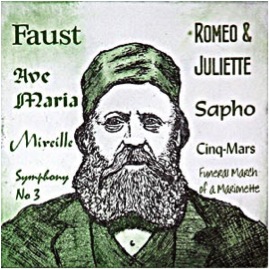 One of the most notable French composers of the 19th century, Gounod’s opera ‘Faust’ was used for the opening of New York’s Metropolitan Opera House in 1883.

His ‘Funeral March of a Marionette’ is better known as the theme tune of the ‘Alfred Hitchcock Presents’ TV programs.

“Musical ideas sprang to my mind like a flight of butterflies, and all I had to do was to stretch out my hand to catch them.” 1 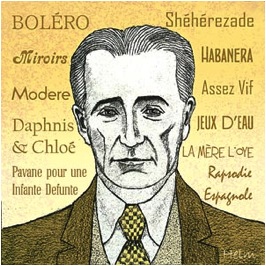 French Basque composer Ravel wrote ‘Ma mère l’oye’ – ‘Mother Goose’, ‘Pavane pour une infante défunte’ and ‘Boléro’. The latter was actually one his last and most known works, however he himself didn’t think much of it.

He was awarded the Légion d’honneur at the age of 45, which he refused. His estate earns more royalties than any other French composer.

A very private man with a tumultuous romantic life, he never married declaring: “At heart, my only mistress is music.” 2 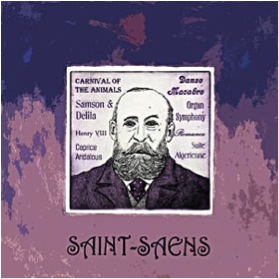 Famous for his ‘Danse Macabre’ and ‘Carnival of the Animals’, Saint-Saëns’ compositions included all genres of music. Liszt called him the world’s greatest organist. 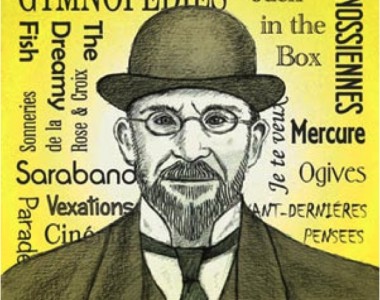 Born in a picturesque coastal town called Honfleur in Normandy, Satie’s music totally captured the mood of his birthplace: eerie, tranquil and rustic.

Famous for his ‘Gymnopédies’, he was reluctant to be known as a musician, he called himself a ‘Gymnopédiste’ instead. Satie used unconventional instruments in his pieces such as spoons, and comic titles and comments throughout his works. One of his pieces is called ‘Embryons desséchés’ – ‘Desiccated embryos’.

Who is your favourite French composer?

This is the second article in a series where we explore & enjoy French music. Read Nathalie’s first article here.

November 29, 2020, 07:29 pm
Alex McKenzie on Bienvenue to the land of Ch'ti - The dialect of the North of France
"I just watched the film and it was a revelation to me, even though I..." Read more November 16, 2020, 07:27 pm
John Ineson on Brilliant Roussillon -'Only in Provence' Part I
"I have travelled often to Provence and without a doubt my favourite village is eygalieres." Read more