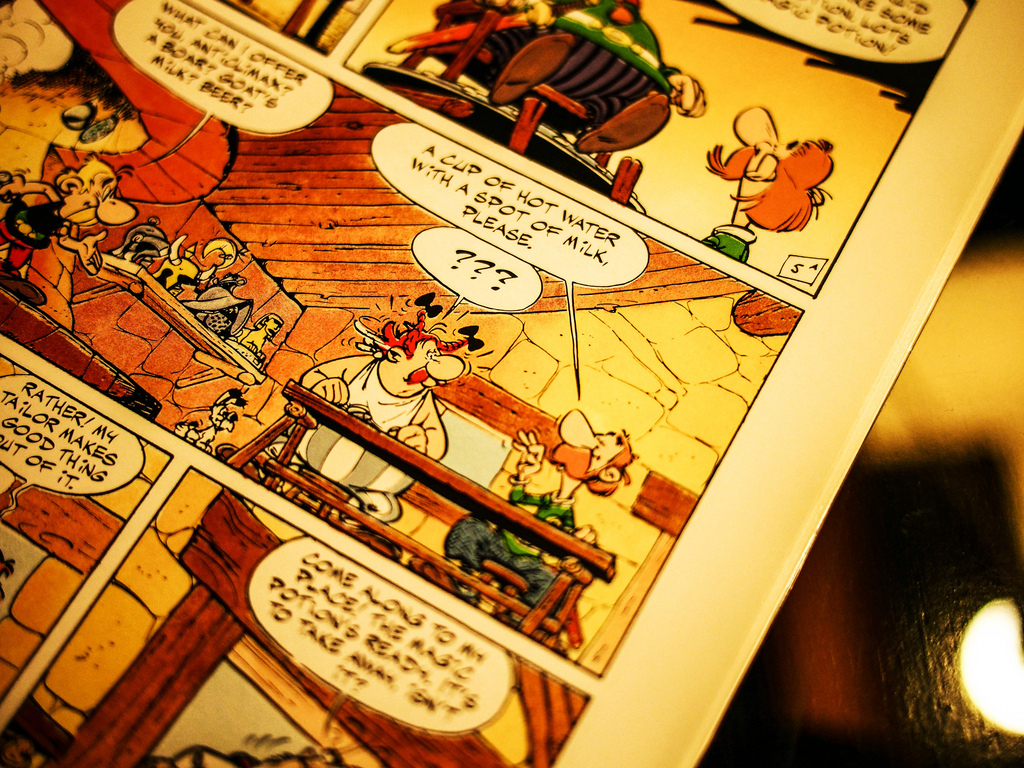 A while ago, I was invited to be part of the team creating a straw sculpture on behalf of the village of Embry in Pas-de-Calais. In the Seven Valleys area where I live, this is an annual competition between villages to see who can create the best straw sculpture… and competition is fierce.

Each year, the subject of the sculpture is a closely guarded secret, which is only to be revealed on the day of the contest. To keep the secret, all of the team members are warned of dire consequences if word leaks out. Before this year’s contest, we were brainstorming ideas for the sculpture when a jolly French man on our team suggested Astérix the Gaul, to everyone’s incredible enthusiasm. 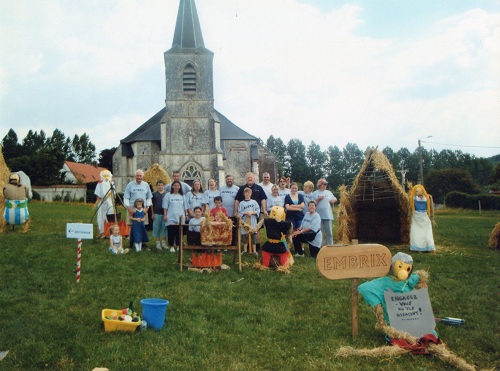 Along with most of the expats in the group, I had heard of Astérix, but knew nothing of any use to add to the passionate discussion that ensued. However, the French people seemed to know everything about this appealing character and his merry band and quoted him verbatim!

By pure coincidence, a couple of days later, an elderly English lady in my village moved to the Loire and bequeathed me her set of ‘Astérix the Gaul’ books – both French and English versions. She told me that French children are bought up on the tales, and the French are crazy for this ancient comic character. So began my own love and understanding of Astérix and his weird and wacky world.

Astérix is popular not just in France – over 350 million books have sold worldwide. and the tales have been translated into more than 100 languages after first appearing in French comic magazine ‘Pilote’ in 1959. 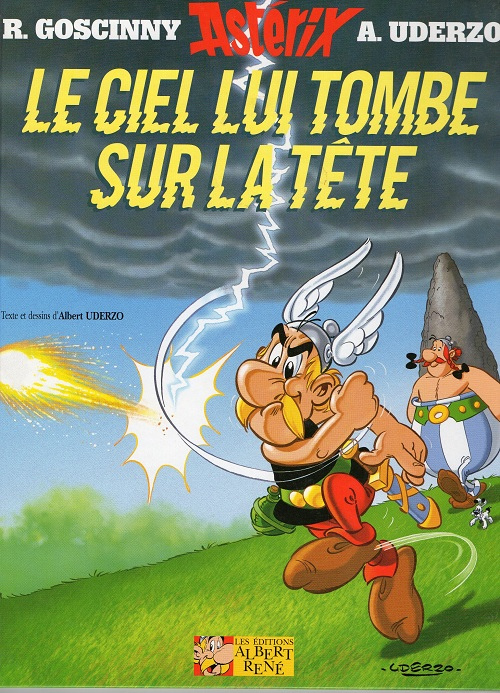 The beloved comic book series is the brain child of artist Albert Uderzo, who collaborated with writer René Goscinny. Astérix is a Gaul who, with his jolly sidekick, Obélix, and a raft of friends and family, fights against the Roman invaders of their country.

There is humour, irony, and pathos in the brilliantly drawn stories, and more than 50 years after first appearing, they are as popular as ever.  Goscinny died in 1977 and Uderzo carried on alone; however, most people believe the stories were not as good without the writings of his partner.

The French have really taken this diminutive hero with his winged hat to heart. The clever drawings and witty text were an instant and enduring hit with French readers from the time they first appeared. To this day, the books are still best sellers.

There is even a theme park dedicated to his honour. Parc Astérix is just outside Paris and is visited by some two million people a year. 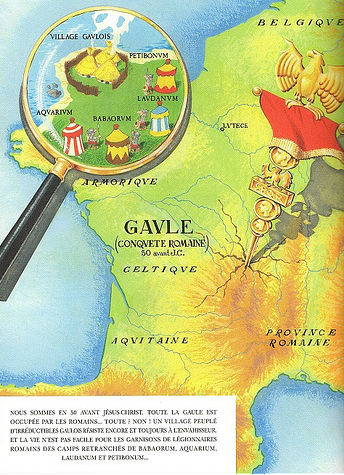 Everyone has their favourite Astérix story, but for me, of course, it has to be ‘Astérix in Britain.’

In this story, our hero has a cousin, Anticlimax, who asks for help in fighting their mutual enemy. There’s gentle ribbing at the expense of the English as Astérix and Obélisk arrive at a pub. They are offered “Hot water, warm beer, or iced red wine” to wash down their boiled boar and mint sauce before once again saving the day.

For the purpose of our straw sculpture, huts were erected, a cauldron was found, and the village of Embry was renamed Embrix.

Straw figures of our hero, Astérix, his best friend, Obélix, and Panoramix (called Getafix in English language versions) were created. As well as a venerable Druid and an extremely busty version of Panacea, for whom Astérix harboured romantic feelings.

It was an unmitigated success, a lot of fun, and made the trail of visitors to the sculptures laugh. As Astérix would say, “Par Toutatis – Bravo mes amis.”