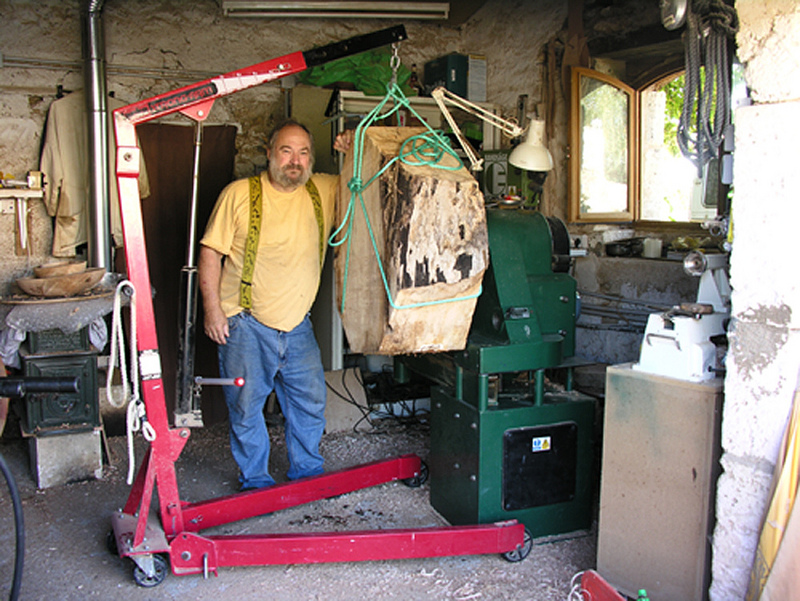 This month I’ve been chatting to John Mitchell, a wood-turner and sculptor who runs one-to-one wood-turning courses near Brantôme.

Before moving to France, John was a boat-builder and successful yacht designer. Later he moved to IT but found it stressful and took up wood-turning for relaxation.

John began to spend every spare moment on his new hobby. Wood-turning requires peace and space – often hard to find in the UK, so when friends offered the use of their house in the Dordogne, he and his wife jumped at the chance. They loved it so much and their visits became so frequent that they moved there permanently in 2001. He set up his workshop and continued making the pieces he had become known for: floor bowls, wall platters and wall sculptures, which were unheard of in France. 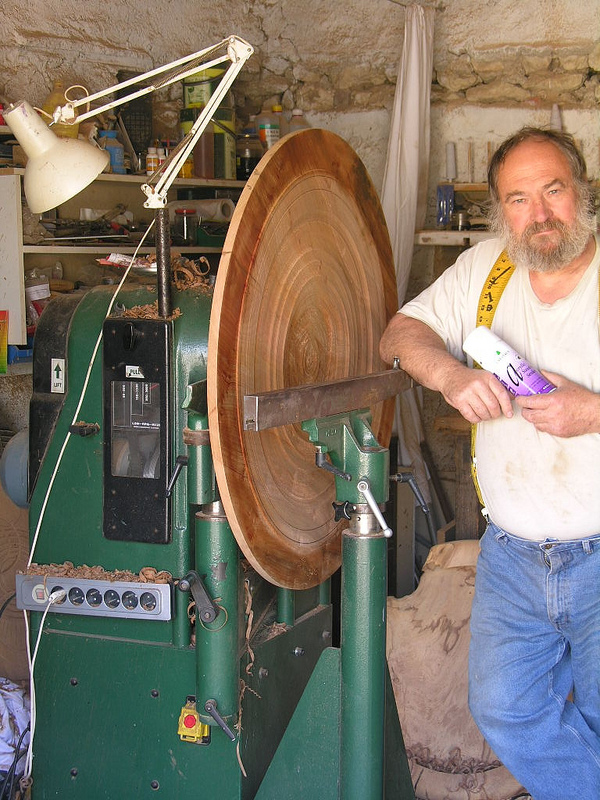 I wondered how his pieces came about and he told me how he used to have trouble sourcing timber because the local sawmills didn’t produce the type or size of wood he needed. But eventually they got used to the eccentric Englishman with his odd requests and began to search out what John required.

John begins by carting huge pieces of wood back to his atelier where he cuts them to manageable size with a chainsaw. These ‘smaller’ pieces often weigh over 300kg and need a hoist to lift them on to the lathe.

He prefers green wood which is better for turning because there’s no dust, just long shavings. When he’s making a bowl or a platter, he creates a rough shape and leaves it in a cool place to season for about a year. He takes care that the wood doesn’t dry too rapidly because it may split or distort – fine for artwork, but not for bowls and platters which may end up as firewood. 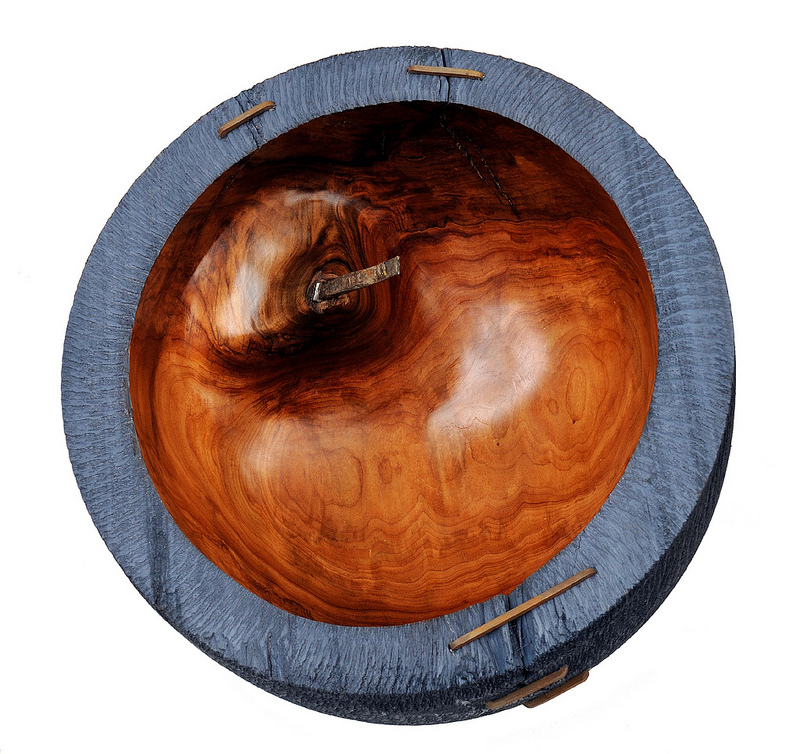 Sometimes he gets more than he bargained for, as with the ‘Spike Bowl’ that you see in the photograph. Unbeknownst to John “the tree had grown around the spike – it nearly killed me when I was turning the bowl and my gouge caught in it.”

After drying, shaping continues, then it’s sanded. Finally John seals it with oil or wax. For wall sculptures, John uses carving, scorching, spray painting and any method that produces an interesting effect.

When I asked if he has a favourite wood he said beech and sycamore, which don’t grow in the Dordogne. So he works with oak, chestnut and walnut. He likes wood which has been disfigured by burrs or bark inclusions, “which can add an artistic side to my turnings.”

I asked John about his teaching and he said he gets people from all over the world, even as far away as New Zealand. I’d assumed that most students would be male but “interestingly, I have taught as many male as female students, from all walks of life, housewives, solicitors, doctors… most want to learn wood-turning as a hobby like I did.” He has also taught wood-work teachers wanting to add wood-turning to the crafts they offer their pupils. 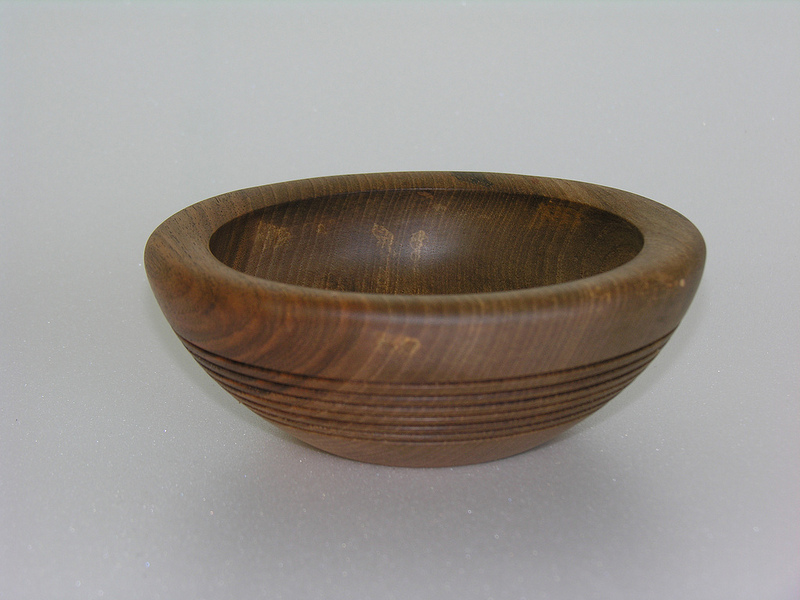 He ended by saying “what was common amongst all the students was their keenness to learn, they are a pleasure to teach and know. I like to teach one-to-one. Students learn better at their own pace. I hope I make their first days in wood-turning memorable and enjoyable.” I’m sure he does.

John and I will soon be running a giveaway on my blog for one of John’s bowls; if you join you’ll get an email when it’s launched.