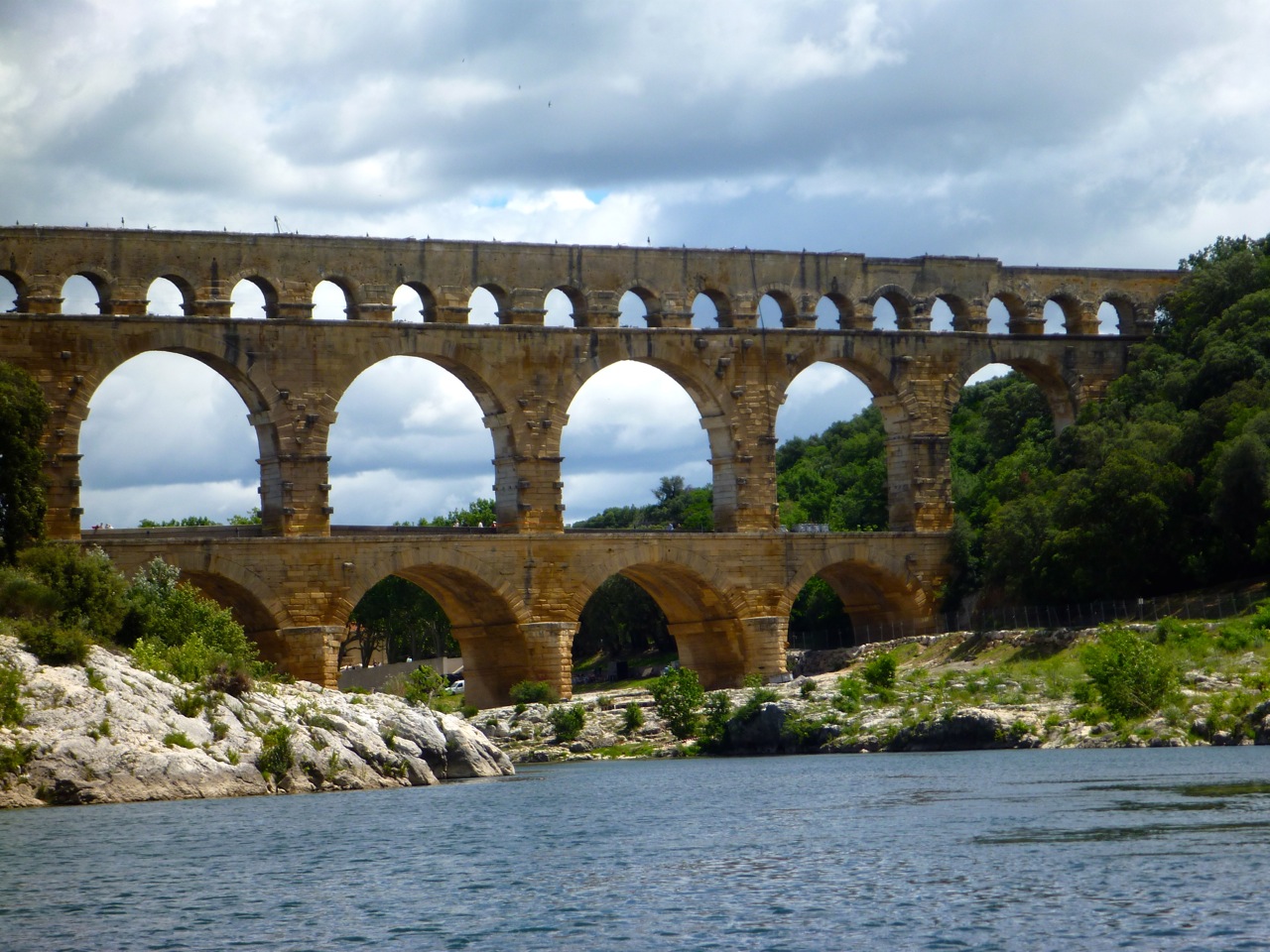 Pont du Gard once formed part of a Roman engineered water conveyance system supplying the community of Nîmes. Precious water travelled from the Fontaine d’Eure near Uzès to Nîmes. The sequence of trenches, canals, and bridges together covered a distance of 50 kilometres.

The canal system was engineered with an average slope of 30 cm/km and water flowed from the source at an estimated 200 million litres (44 million gallons) a day. Water started flowing in the 1st century AD and may have continued until the 9th century; however, lack of maintenance significantly degraded the flow over that period.

Added to the UNESCO World Heritage list in 1985, first time visitors cannot help but be impressed by three-level span crossing the Gard River. The awe-inspiring Pont du Gard is also one of the most visited tourist sites in France. Many activities are available at the site including mountain biking, hiking, kayaking, or simply sitting on the shore and taking in the view. 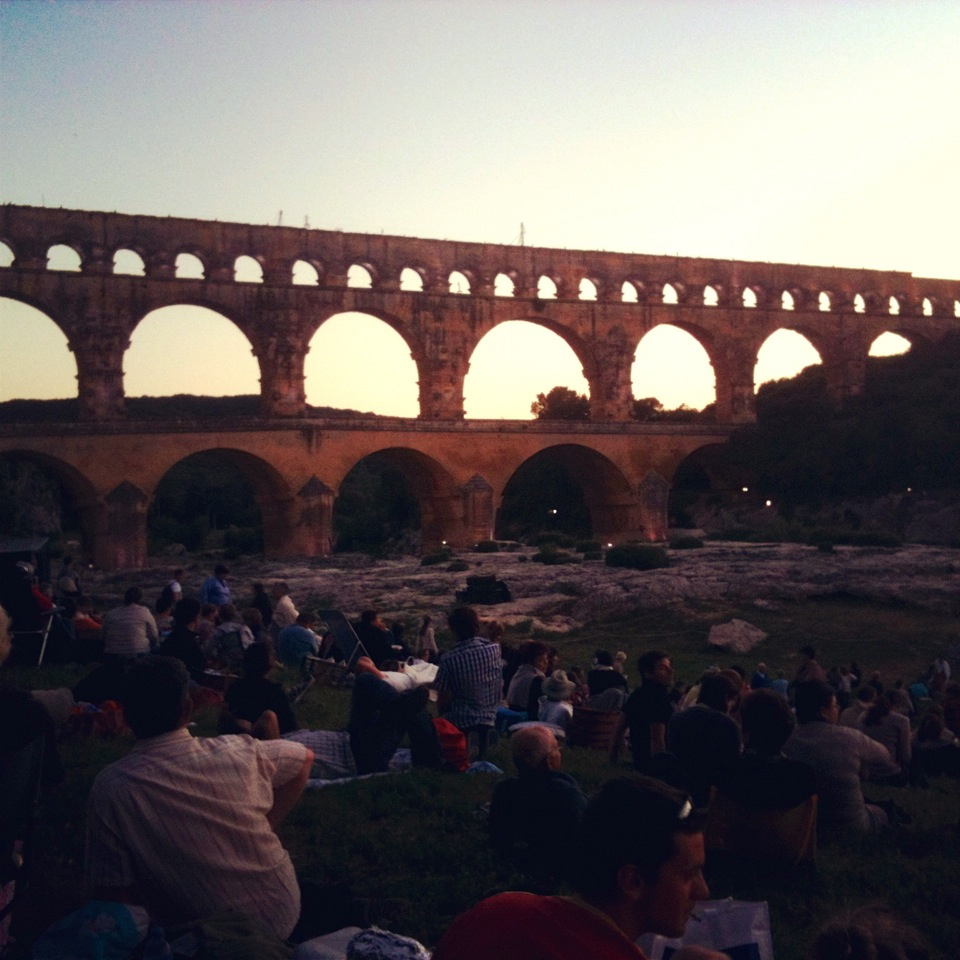 There are also several noteworthy events to attend during the summer evenings, like concerts or light shows. My husband and I did just that – we bought tickets online for the sound and light show, ‘Les Fééries du Pont’ (Fairies of the Bridge), which ran for four nights in June.

As daylight waned, the bridge was subtly bathed in purple light and the musical entertainment began. This was one French production that started on time, at 22h30, when the day’s warm air had sufficiently chilled, and the picnic hampers were much lighter than earlier. 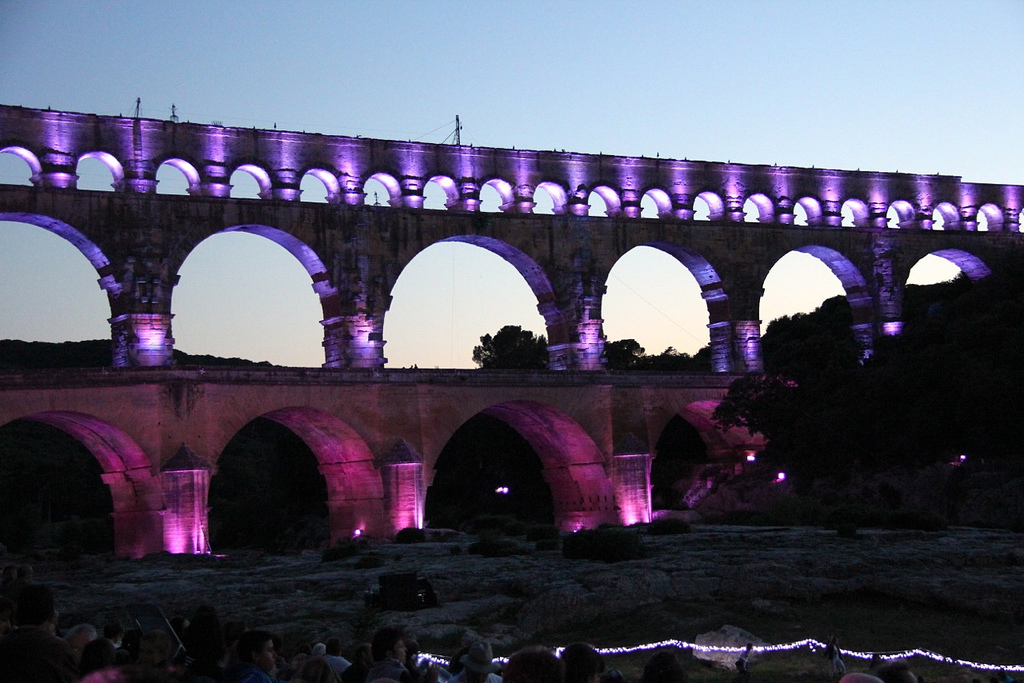 Laser lights, fireworks and acrobatics punctuated the next hour as the old Roman bridge was transformed into an imaginary river, a line of trees, rows of houses, and a pyramid of people. The show was divided into four vignettes of vastly different themes. Each one altered the mighty Roman structure into a stage for the laser display and fireworks set to music. 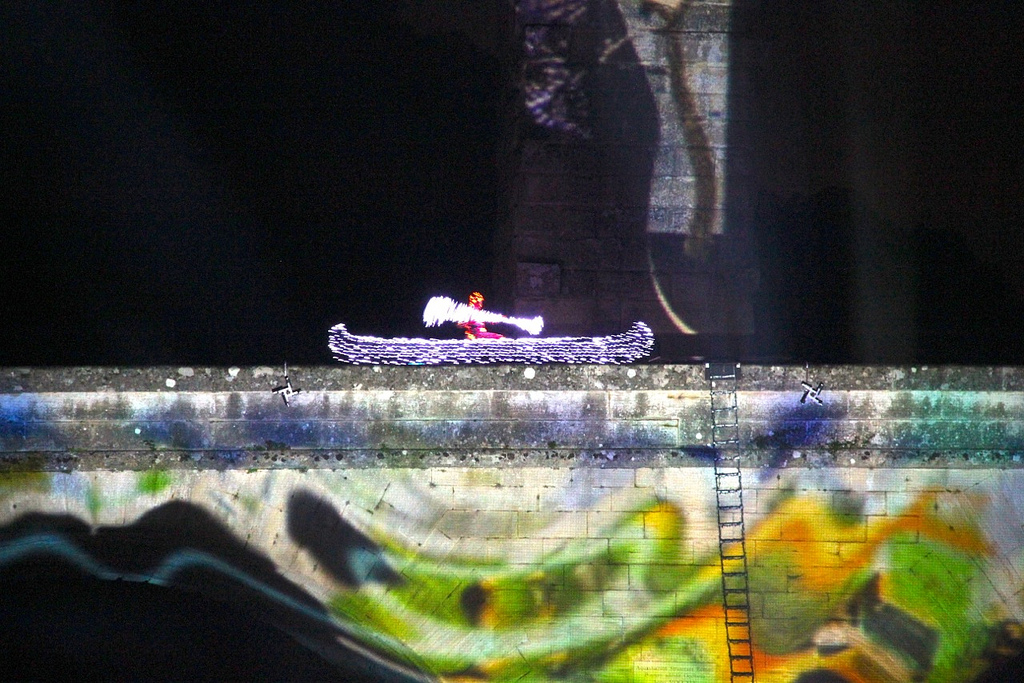 The visual magic was a creation of Groupe F, a French company that specializes in pyrotechnical displays. According to ABC Adelaide, “The company is internationally renowned for its work which includes the Athens Olympics, the millennium celebrations in Paris and New Year’s Eve festivities in London.”

Needless to say, we were suitably impressed.

Have you been to Pont du Gard? If not, are you going to visit?