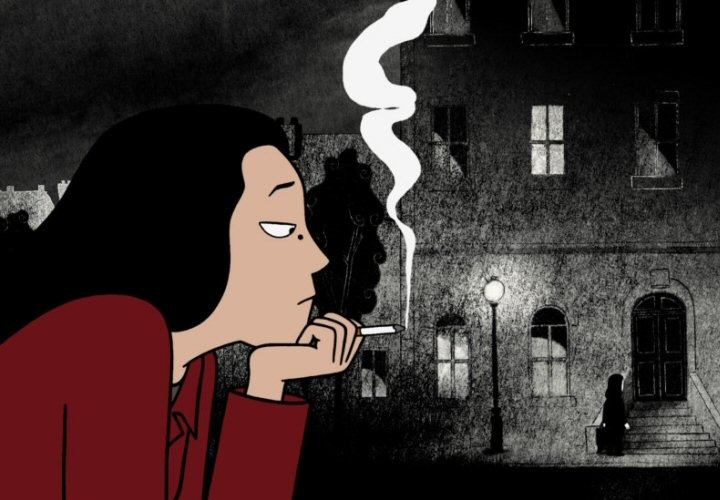 In the words of Rihanna, here’s to the freakin’ weekend! To help you get in the weekender zone, we’ll be bringing you a random selection of French-language films that we love, hate, or think you should watch just to say you’ve watched them.

*Note* Before you scan this article for the word ‘Amélie’, I just wanted to tell you it isn’t on this list. And it won’t be on any of my lists unless it’s a list of ‘Films every person on earth knows about and/or has seen’. Feel free to suggest other French films – we’d love to know what’s on your must-watch list (but if you do love ‘Amélie’, we won’t discriminate).

“If you don’t work hard at school, you’ll end up like that lady behind the counter.”

Solweig (Déborah François) works as a check-out chick, which means she gets ignored, insulted and demeaned on a daily basis. This movie is based on Anna Sam’s best-selling novel by the same name. If you can get your hands on a copy, I strongly suggest you give it a read. It’s laugh-out-loud hilarious. You can thank me for the tip later.

La Haine is available here or on your favourite streaming service.

A black guy, an Arab and a Jew walk onto a basketball court… sounds like the opening of a joke doesn’t it?

But this is not a funny movie. This is a heart-wrenching look at race relations and tensions between youth and police in Parisian banlieues. The filming is beautiful, and the acting is absolutely superb. ‘La Haine’ made me cry furious tears for the kids who can’t catch a break, because society isn’t set up to give them one. By far my all-time favorite French film.

Poignant and well-drawn, ‘Persepolis’ takes us through Iran during the war and the Islamic Revolution. The story is told through the eyes of Marjane – a clever, funny young Iranian girl with a big imagination, who grows up to be a deeply complex woman.