French Music Monday: Rap it up 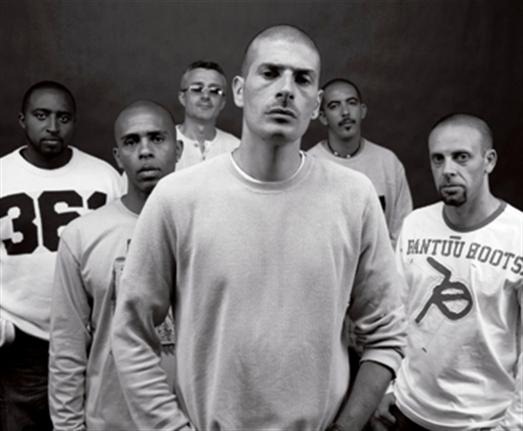 Another Monday, another column – welcome back to French Music Monday!

Here at Ma Vie Française™ we understand that Mondays can be a drag, so we’ll be bringing you a random selection of French musicians and French-language songs to help start your week. Because if you’re going to force yourself through a Monday, it might as well have theme music.

*Disclaimer* Given that this week’s genre is rap, I thought I’d give you fair warning: the songs contain strong language. Not recommended for your children or your grandparents.

As ever, I encourage you to hit us up with suggestions of good songs/artists if we’ve missed any, or if you just want to share some of your favourites with the rest of the world!

French rap basically started with MC Solaar. He has had a huge and continuing influence on rap music and is one of the few French rappers to succeed on the American music scene. His lyrics are brilliant and complex. He’s even appeared in Bollywood movies (OK, I’m going to stop fan-girling over him now).

“La vie est belle le déstin s’en écarte/ Personne ne joue avec les memes cartes/ Le berceau lève le voile maudites sont les routes qu´il dévoile /Tant pis, on n´est pas nés sous la meme étoile.”
I love this song. I love almost every IAM song, but this one in particular. I love the way it questions inequality, the way it questions the divide between the rich and poor. Also, the use of synth (I think that’s what it is?) in the chorus really works for me.

“Je manie la langue de Molière, j’en maîtrise les lettres/ Français parce que la France à colonisé mes ancêtres/ Mais mon esprit est libre et mon Afrique n’a aucune dette/ Je suis parti de rien, les pieds entravés.”
I don’t know about anyone else, but for me, rap that isn’t political isn’t rap I particularily want to hear. Don’t get me wrong – I like a good song about how many b****es and h*es a rapper has in his alleged harem as much as the next peson, but songs like this one are really the reason I can abide the Tyga’s and J Cole’s of the world.

This song is so very 90s. The haircuts, the outfits, the dancing. Everytime I watch the clip, I flashback to MC Hammer.

I couldn’t resist putting this in. It’s hilarious. I’d call it a rap battle, but it’s less a battle and more of a complete beat-down. Oh Max, you really do make my day.