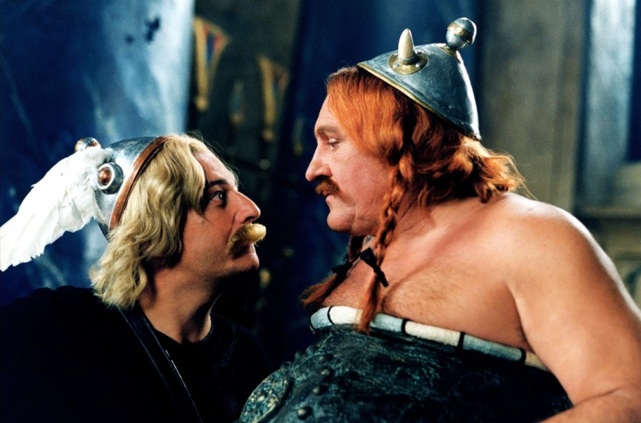 Bonjour and welcome back to our new column, French Film Friday!

In the words of Rihanna, here’s to the freakin’ weekend! To help you get in the weekender zone, we’ll be bringing you a random selection of French-language films that we love, hate, or think you should watch just to say you’ve watched them.

We’d also love to know what’s on your must-watch list – hit us with your recommendations and suggestions in the comments section below.

Set in World War One, this film tells the story of Mathilde (Audrey Tautou) and Manech (Gaspard Ulliel), two childhood sweehearts engaged to marry. Manech is lost, presumed dead after being sentenced to death for intentionally injuring himself in an attempt to be sent back from the front. The film follows Mathilde as she sets out to find him. I bawled like a baby when I watched this. Keep a box of tissues handy.

A comedy-drama that looks at the human condition and family dynamics through five random yet significant days in the life of the Duval family, spread out over quite a few years. I watched this at a time when my French comprehension was still at an abysmal level, so the only line I really understood was « C’est le grunge! ». I re-watched recently and it’s an excellent film if you’re in the mood for something heart-warming.

An argument with Caesar (Alain Chabat) leads Cleopatra (Monica Bellucci) to vow that a grand palace will be built for him in only three months, to prove that her people are superior to his. She puts the bumbling architect Numerobis (Jamel Debbouze, who you’ll recognise from his role in ‘Amélie‘) on the job, who in turn enlists the help of our three favourite Gauls to finish building by the deadline. This film is hilarious – literally the funniest French film I’ve ever seen, and the actors really manage to bring the beloved comic to life.

Image credits:
1. Asteris and Obelix, via The Vault of Buncheness