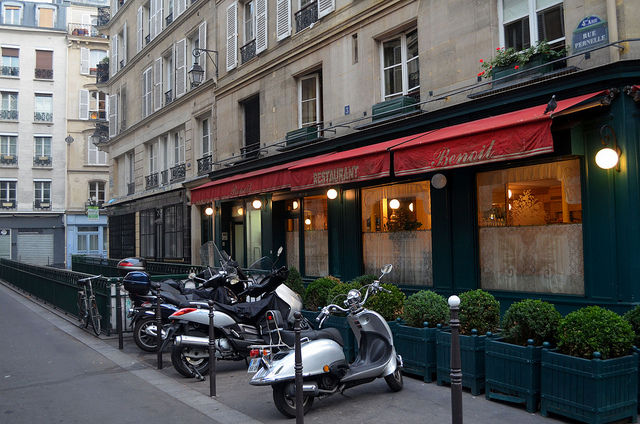 Recently the city of Paris hosted the event ‘Tous au Restaurant’ aimed at promoting the culinary splendour of France’s capital. Various restaurants participate by offering one complimentary menu for every meal purchased.

For one week, you can feast like a king for half the normal price. By making it more affordable, this event is intended to promote all types of restaurants to all kinds of people.

Clearly I jumped at the occasion and decided to dine at the much-desired Alain Ducasse restaurant, ‘Benoit’. For 74€, the menu included a starter, main course, cheese course, and dessert. There were also a few additional yummy extras along the way.

Although I have been living in the culinary capital of the world for quite some time now, I am still in complete awe and appreciation whenever I can eat at a renowned chef’s restaurant in Paris. Benoit has been around since 1912 and was passed on to chef Alain Ducasse in 2005 with the promise he would keep its history and tradition alive. Being the only Michelin-starred bistro in Paris, Ducasse does a great job of serving his classic cuisine in an authentic setting.

It’s not very often I am able to spend so much time on a meal, but I felt this was worth it. As soon as I entered through the doors, I was led into a typical Parisian bistro decorated with lace curtains, dark wood, old lamps, and beautiful tableware.

The restaurant is small and has definitely kept its old charm. The plates are extravagant, adorned with a large, cursive B. The servers and sommelier are both welcoming and knowledgeable. I didn’t even get one bad look for my lack of wine knowledge (even when I switched into English), but rather was carefully guided to choose a wine to fit my personal taste and the meal. 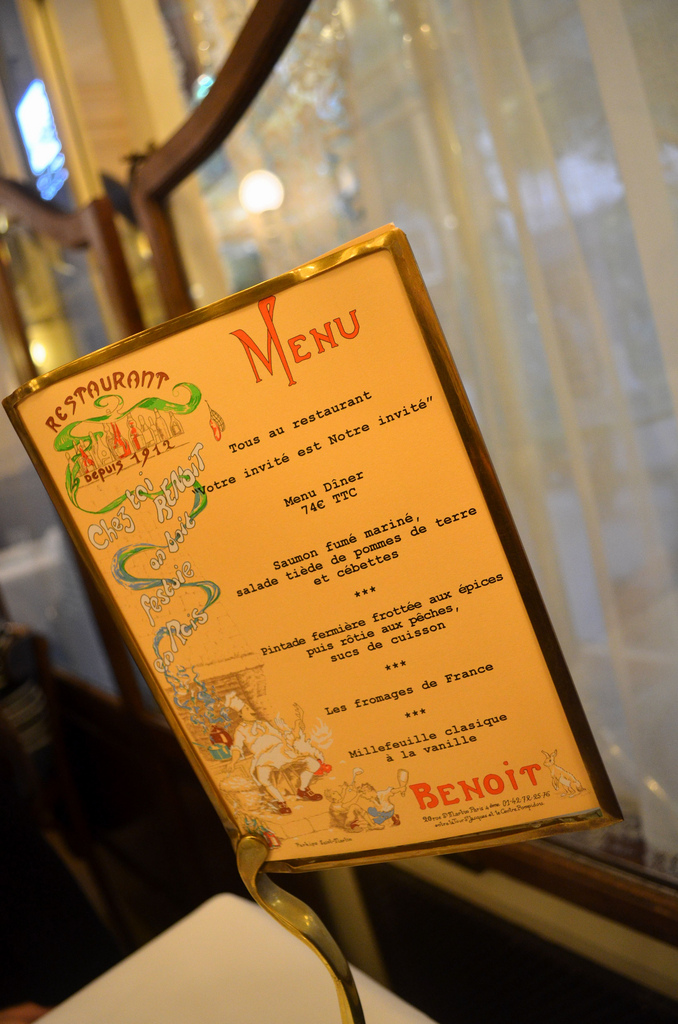 Upon sitting down we were served a white bean and coconut gaspacho topped with a piece of chèvre and some garlic croutons. As I was admiring the fresh taste of my gaspacho, I suddenly was distracted as the server brought a basket of bread and a slab of butter.

Right away our eyes got bigger and we started in on the slab that would soon be completely demolished. Expecting the portion to be typical of a high class restaurant, I was surprised when I was served a healthy portion of smoked salmon with a side plate of potatoes.

We then moved on to the main course which consisted of roasted quail with peaches and potatoes. I thought it was a simple and classic dish cooked to perfection. The menu also included a cheese course of Sainte-Maure and another tasty cheese dish.

To finish it all up, we had a vanilla mille-feuille. Surprisingly this was actually my first one since moving to France. Now I wonder why I avoided them for so long — flaky puff pastry perfectly complimented the delicious vanilla crème placed between each layer. Throughout our dessert, the server brought out fresh-made madelines for us to try. I loved this touch and they were incredible. 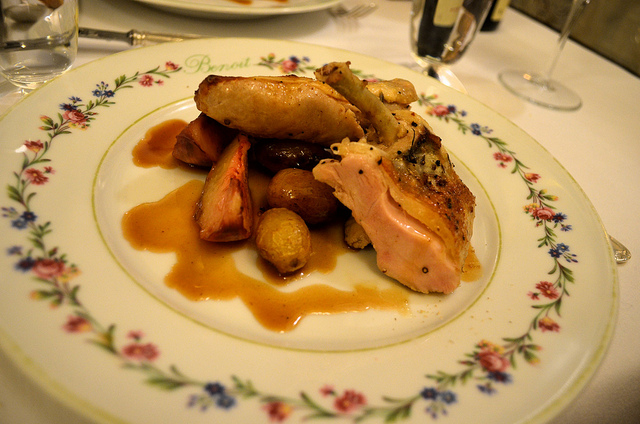 I am thankful ‘Tous au Restaurant’ gave me this opportunity. Because although I was more than pleased with my dinner, I don’t know if I would have otherwise shelled out the usually required amount of money for this bistro.

Alain Ducasse has done a wonderful job with ‘Benoit‘, and while I would rank this among my favorite dining experiences, it is not the best meal I have had in Paris. If money is no objective, I would definitely recommend this place for a consistently delicious meal made by a Michelin-starred chef in a typical bistro setting.

Have you eaten at ‘Benoit’? What was your opinion?