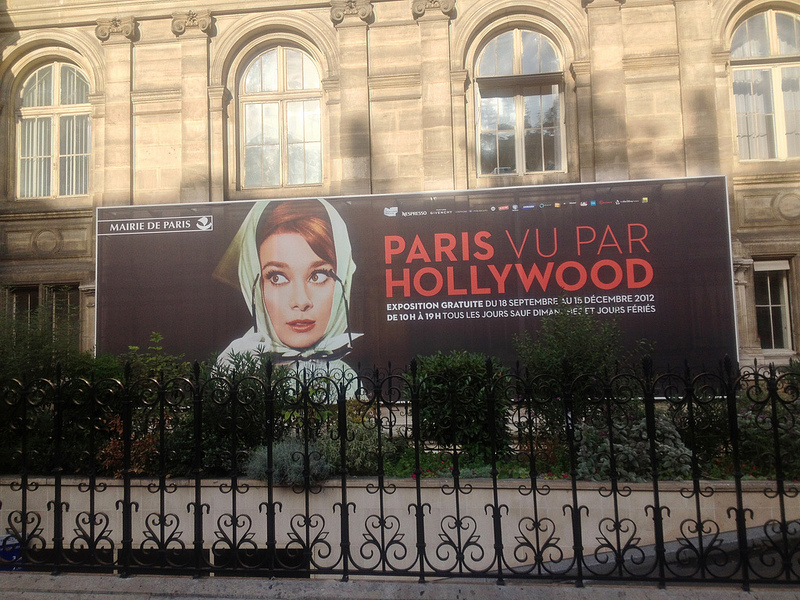 If you are in the city now (or before 15 December 2012), I recommend that you visit the current exhibit at the Paris City Hall, presented in the most well-researched and entertaining fashion. Personally, I could not have found a better place to escape the first rainy autumn days of the French capital.

‘Midnight in Paris’! That was my first exclamation when I heard about the exhibit. I know, Woody Allen is not the ordinary Hollywood director type, yet he is American and this is one of my favorite movies – the main reason being that it is more than a well-played, well-shot, well-narrated story, it is an enchanting love song written for the city. 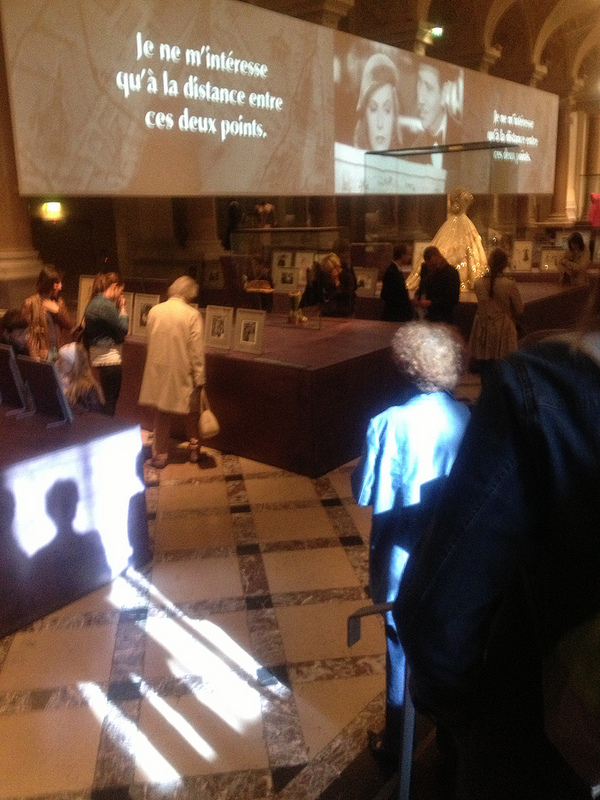 Paris has – more than any other city in the world – been Hollywood’s object of attention for over 100 years – although not always with the accuracy and sense of achievement as in Woody Allen’s film.

I still have in mind some ridiculous clichés. An old-fashioned, dilapidated apartment in ‘Ronin’ (1998) by John Frankenheimer, or a TGV-crossing-Paris scene featuring Kevin Kline as a rude Frenchman in ‘French Kiss’ (1995) by Lawrence Kasdan, for instance.

Luckily, these considerations did not talk me out of visiting the exhibit as my curiosity and interest for the topic were stronger: Paris showing Hollywood showing Paris!

First of all, you need to schedule your visit (mornings should be fine) since the long queues can be quite discouraging. Indeed the exhibition is free and has received many positive reviews from the critics; as a consequence it has quickly become a hot spot in the city. 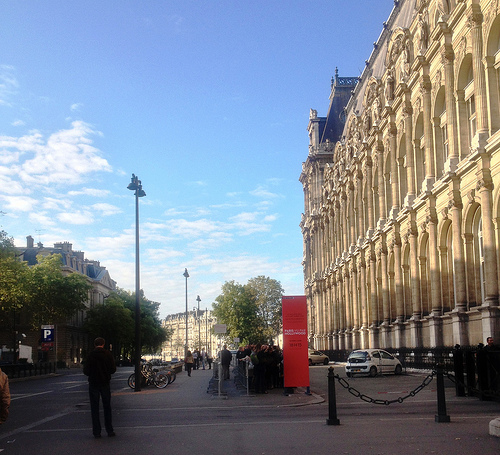 When you enter the place, you first have to walk in a long corridor where images and pieces of memorabilia from the silent era are displayed. There, my eyes lingered on a receipt for a meal ordered by Mary Pickford during her stay at the Ritz hotel, the caption saying that American artists were expected to live the high life in Paris. 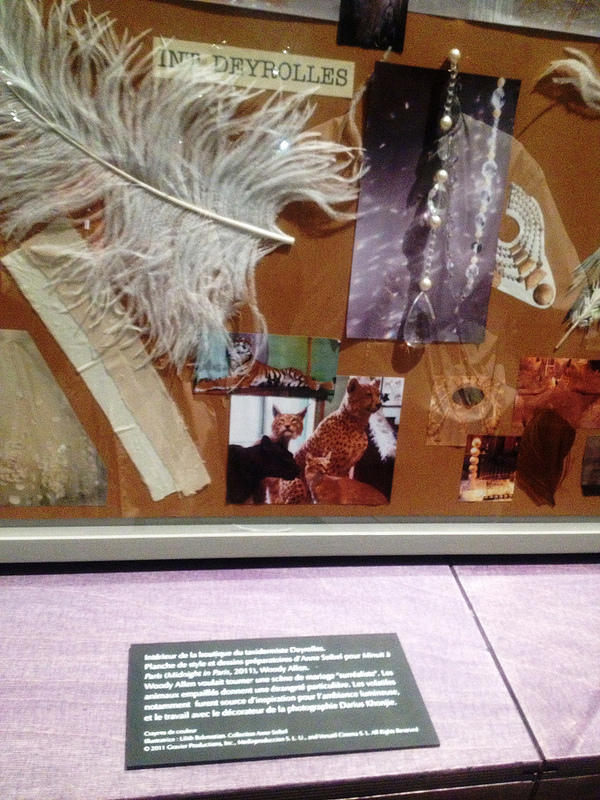 Then, a few steps further down, in the main vast hall, you will discover the part devoted to the films of the post-silent era to our present time. The section displays rare movie storyboards, original sketches and original costumes.

For instance, a long shiny white dress from Jean Renoir’s ‘French Cancan’, clips from Vicente Minelli’s ‘An American in Paris’, moving iconic pictures of Audrey Hepburn in Billy Wilder’s ‘Sabrina’ (she looked so chic and Parisian in her Givenchy dresses!).

One may argue that Paris seen by Hollywood is first and foremost an ‘American Dream’, a product of their own expectations (the capital of romance and fashion). But spending one hour in that particular delightful ambience, in the very heart of the French capital, on a rainy autumn day, was truly worth the visit!

For more details on the exhibition, visit the official site.