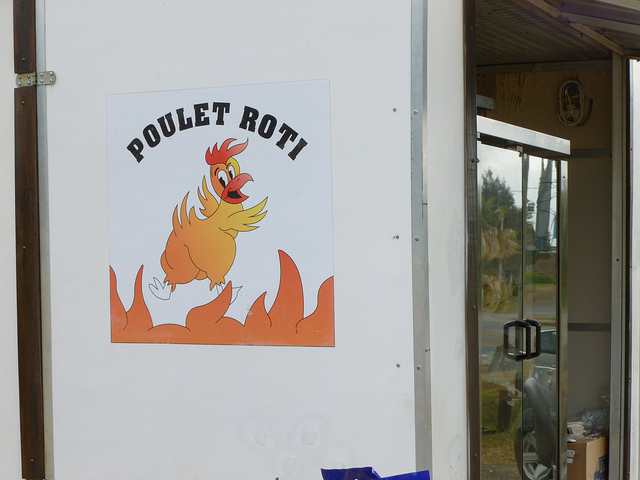 French culture takes a tropical twist in beautiful New Caledonia. The island culture of this Pacific territory brings its relaxed feel to every aspect of life, especially food. The humble roast chicken is no exception.

When we first arrived to live in the Northern Province I was mystified by the little food vans which were occasionally parked through many of the towns. An expat from Australia, I’m used to seeing weekend food vans selling ice cream to hordes of children at local sports events or weekday early morning coffee vans servicing bleary-eyed commuters.

But on closer inspection I saw that these little vans are focussed on another delicacy altogether: roast chickens, or poulet rôti. 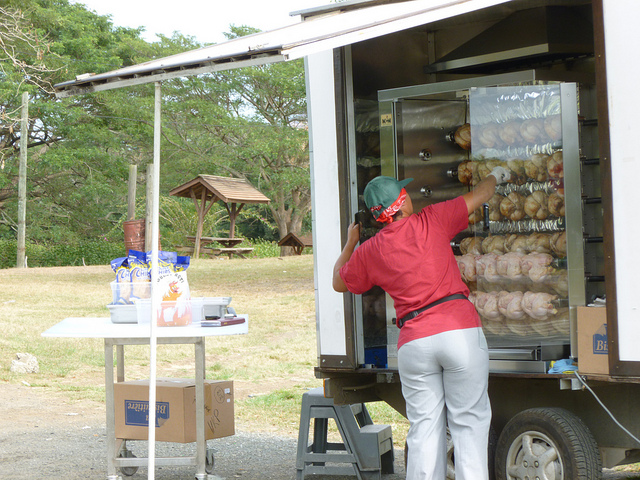 In the local town of Koné, the booming capital of Province Nord, I’ve spotted two or three different poulet rôti vans, which can be found on the roadside on the outskirts of town. Their customers are varied, from local workers on their way to work to parents collecting their children from school to bring home for the traditional French extended lunch break.

By the edge of a riverside park at the edge of Koné is a little white van sporting a jaunty cartoon of a cheery waving chicken. Attending to customers is local lady Tania. Tania brings her van to this spot every Thursday to Sunday from 8am until the customers slow at about midday. 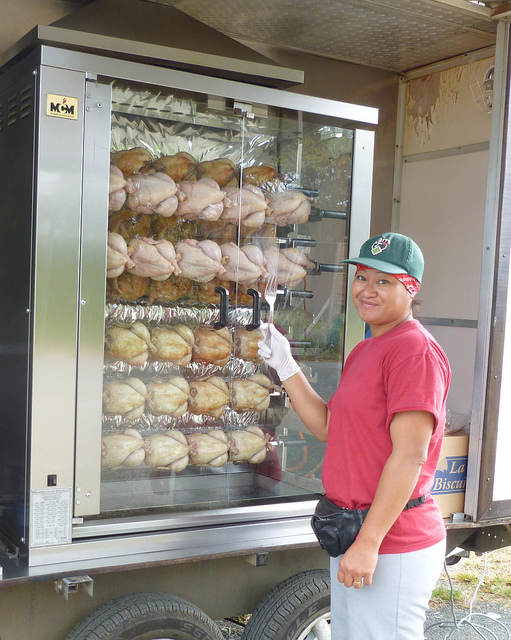 Tania’s mobile rotisserie is laden with glossy chickens, slowly turning and dripping with delicious juiciness.  She collects each chicken fresh from the glass-fronted rotisserie, a cloud of steam escaping as she deftly collects them for her customers.

At just 1000xpf (French Pacific Francs), or 1300xpf avec sauce, the convenience and seduction of the takeaway poulet rôti for lunch or dinner is extremely attractive to many néo-calédoniens.

I am suddenly jolted with recollections of my first job as a nervous teenager, selling similar roasted chickens with serves of fries in a small country town shop. The memory of the glorious smell of those roast chickens brought a smile to my watering mouth as Tania carefully placed a piping hot chicken into a paper bag for me to take home.

I’m surprised at the constant stream of customers who are pulling into the carpark every few minutes, even at 9am on an overcast Saturday.

Each customer is greeted as a friend, some with the customary French double-cheeked bise, all with Tania’s broad smile. Many linger until the next customer arrives, catching up on gossip and passing the time of day. Like most small towns around the world, I muse, the New Caledonian Saturday morning shopping is frequently delayed by brief exchanges of “Bonjour!” followed by snippets of local news. 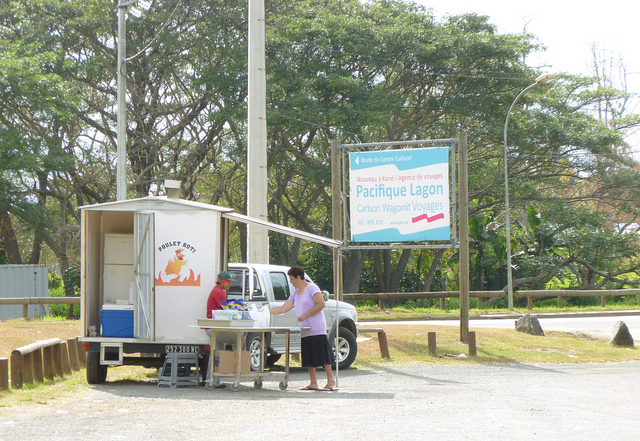 I drive home to my family, savouring the alluring, steamy aroma which is filling the car. I think of the sandwich au poulet I’m going to prepare with a fresh baguette for lunch. I realise the convenience for local New Caledonians of the poulet rôti vans and their tempting fare: no waiting required, hot and fresh, ready to serve as you like it. What’s not to love?

It’s a delicious convenience that this francophile is more than happy to get used to.

All images by Rachelle Burgoyne