Jean Seberg is one of those French style icons who exudes confidence, non-chalance and elegance. All style icons become that way seemingly without trying –  it is their effortlessness that makes them so alluring.

While us normal people fret about what to wear next, what suits and what goes with what, we imagine that elegant women like Jean Seberg don’t even give it a minute’s thought.

But every française has her secrets, and among these are two important rules: know what works for you, and then work out your staples.

You don’t think Jean got anywhere without making a little effort first, do you?

So what is it that makes Jean Seberg si française et si chic? Here are her four quick steps to French style icon status. 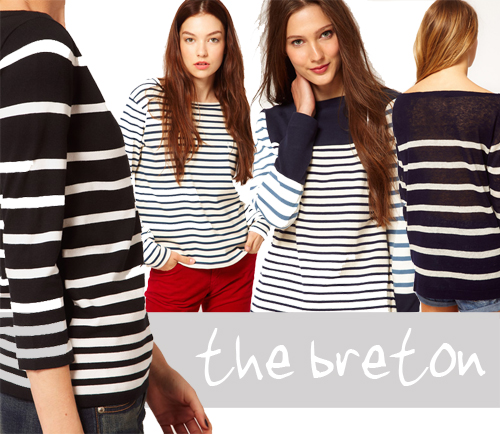 No francaise is without a classic breton tee. Such a popular staple the world over, they come in every style, colour and size imaginable.

Just as only French women can, when Jean put on hers, she wore it with such nonchalance it just makes you sigh. Teamed with a pixie cut (very du jour for the 21st century, don’t you think?), she was nothing short of chic. 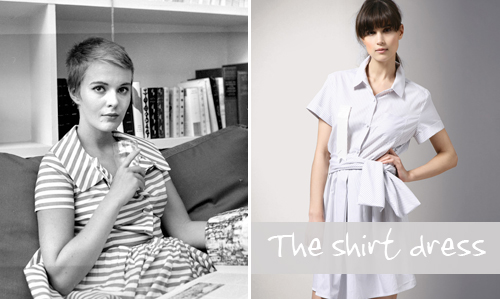 Like Audrey Hepburn in ‘Charade’, Mia Farrow in ‘The Great Gatsby’ or (in my opinion) Zooey Deschanel in ‘500 Days of Summer’, there are some films that are miles ahead in the costume department. It seems that scene after scene is another outfit wonderland: perfectly put together without being over-the-top, and always suited to the character.

‘Bonjour Tristesse’ is one of them. The divine shirt dress you see above is just one of the many perfect items from the film.

What thing, above all others, has the most power to make or break an outfit? The addition of a hat. They either make you look ridiculous, or super cool. And Jean, like so many French women after her, chose her hats well.

If you’re hat shopping, always take your time. Otherwise, as Meg Ryan says in ‘You’ve Got Mail’, it can turn out to be a mistake, as hats often are. 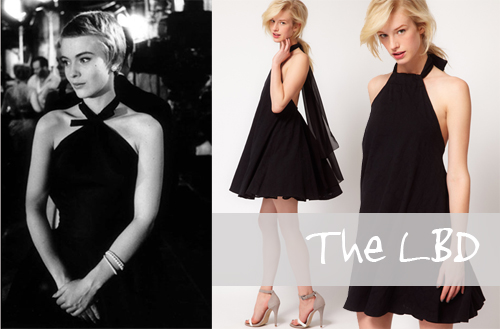 If there’s one thing you can never have too many of, it’s the little black dress, or LBD. Finding the perfect dress can be tricky, so look for one that’s chic and understated. You’ll never have nothing to wear ever again.

No French woman is without at least several of these in her wardrobe – even the oft-tomboyish Jean had a couple tucked away.