Launching the heart of France 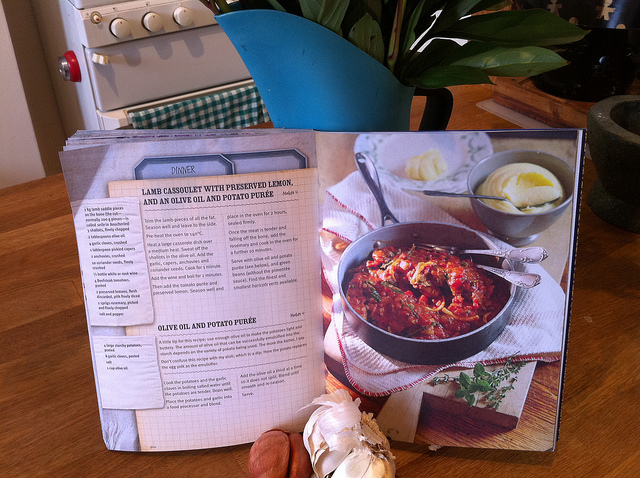 The evening involved an intimate cooking demonstration, followed by a four-course meal at Melbourne restaurant Vue de Monde. From aperitif to digestif, diners learned of Bennett’s family holiday to the heart of France, where seasonal produce, local techniques and simple family living reign.

For 28 days in September, Australian-born Bennett moved his wife and three young children to a farmhouse on the outskirts of Ménerbes in France. The trip was like a ‘homecoming’ for Bennett, who worked in France as a young apprentice chef and is “obsessed with the greatness and traditions of French cooking”.¹

Yet the holiday was not about reading trashy novels and passing out drunk under the provincial sun. No, Bennett was there to conduct an experiment: Could the family live only on French food, as it existed, 100 years ago? 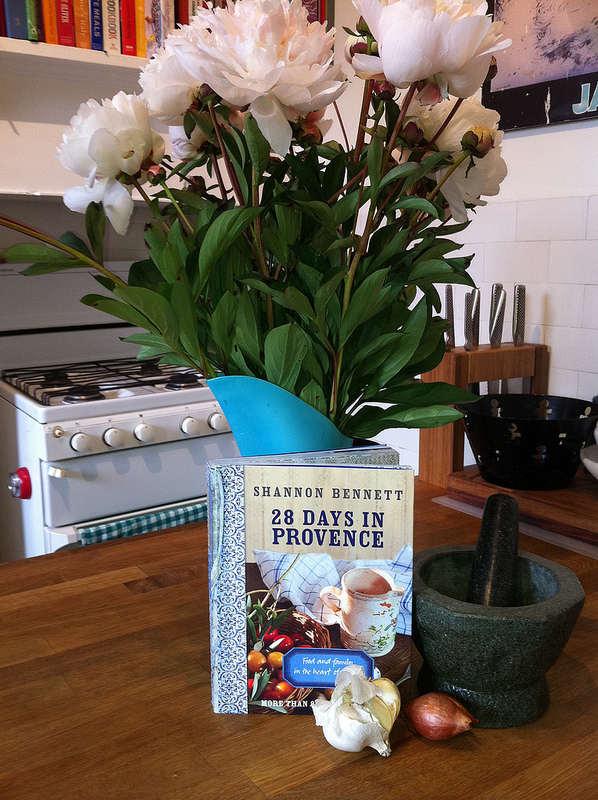 The rules of the game were as follows:

Bennett kept a daily journal, the result of which is the culinary scrapbook, ‘28 Days in Provence’, a beautifully constructed collection of family photos, provincial recipes, restaurant reviews and regional wine advice.

To contrast Bennett’s entries are extracts from his wife Madeleine’s diary, which give a personal account of family life in a French-Provincial town.

I arrived with my boyfriend at the Rialto Tower for the launch of ‘28 Days in Provence’. We were greeted at reception level with a glass of champagne, then escorted to our seats for the cooking demonstration. Vue enthusiasts had arrived early to claim the first few rows.

The women wore black and the men wore suits; it was a typical Melbourne crowd. The seats faced a makeshift kitchen, decked out with Miele appliances. Bennett and two assistants were busy preparing for the show. 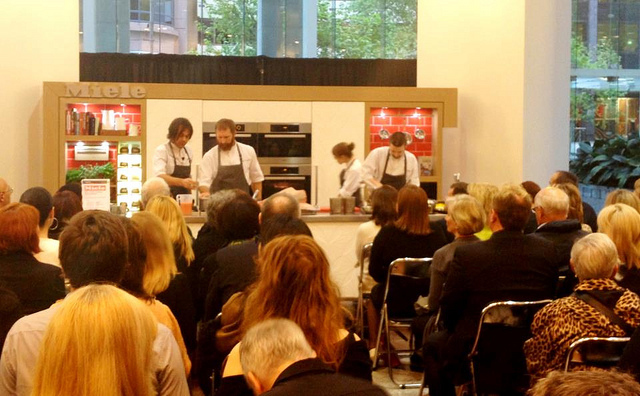 For the next hour, Bennett and his assistants cooked two of the dishes that we would be eating in the restaurant: lamb cassoulet with preserved lemon, olive oil and potato purée; and lemon, honey and olive oil cake with pistachio ice cream.

Bennett believes that these recipes and others found in his book are simple, healthy dishes that anyone can make at home (although I have my doubts about the pistachio ice cream). He further believes that only in-season produce should be eaten: if it’s not summer, don’t eat strawberries! This ensures that your food is bursting with vitamins and flavour.

It’s all about re-thinking our food choices and habits.

A taste of provincial France at Vue de Monde 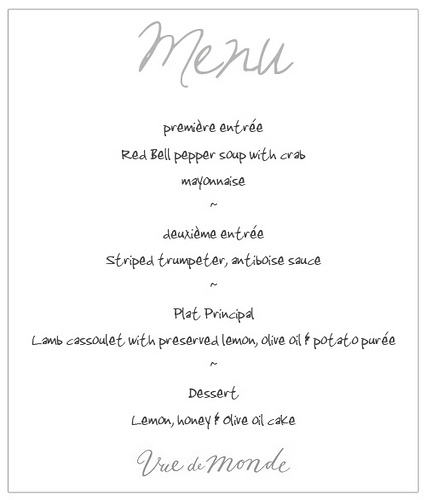 After the demonstration, we took the elevator to the 55th floor, where Vue de Monde re-opened in 2011. Atop the skyscraper, we sat at shared tables with fellow francophiles and shared stories of our own trips to France.

Olive oil was a subtle theme running throughout the dishes, which promoted the taste of other key ingredients, ensuring flavours were both sharp and light. It was a rustic menu, more typical of Bistro Vue than the experimental Vue de Monde.

But more importantly, the menu was a return to a simpler way of eating and living. As Madeleine wrote, French provincial living is “a way of life that is so pure and whole.”³

Do you have a favourite French provincial recipe? Let us know in the comment section below.