5 steps to the perfect NYE in Paris

Want to celebrate New Year’s Eve in Paris like the locals?

Well look no further – we’ve got you covered this reveillon du nouvel an, with five simple steps for the best NYE in Paris yet.

An says… “Go to the Champs de Mars for the count-down and take a bottle of Champagne with you!” 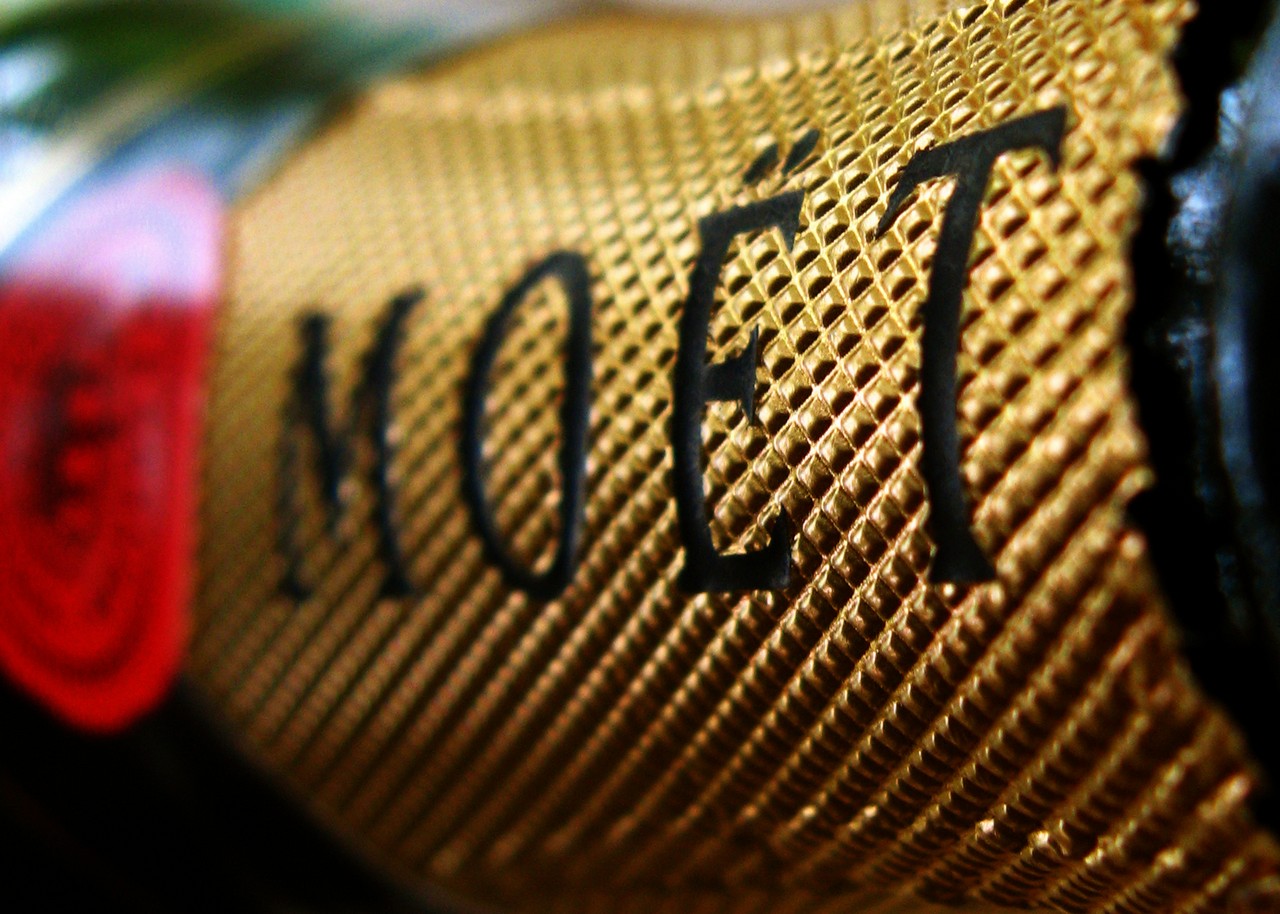 Emily says… “Bundle up and stand on the Pont des Arts with a (hidden) thermos of vin chaud and a (hidden) bottle of Champagne. Bring some snacks and wait for the lightning show at the Eiffel Tower, just down the river!”

2. Don’t forget to map out your evening 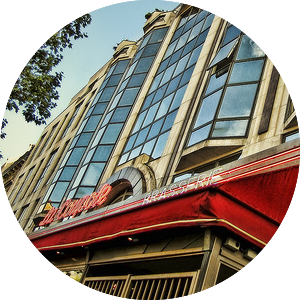 Jacqueline says… “For dinner I would recommend a Brasserie, La Coupole in Montparnasse for example (pictured left) – but someone from out of town needs to know that New Year’s Eve dinners start late (9-10 pm).

Then I would walk to Saint-Germain-des-Près, and from there I would take a taxi to be on the Champs Elysées for midnight. It is the place to be to feel joyful and speak to strangers, hear the horns, catch a sight of the Eiffel Tower.”

3. Find a great atmosphere that won’t break the bank Coco says… “It depends on what you are looking for. There are so many things to do in Paris but it can be extremely expensive and reservations fill up quick.

The clubs on the Champs Elysees usually have a dinner included but the price of the tickets can be well over 100€.

However, if you don’t want to go to a club, everyone still flocks to the Champs Elysées with their champagne flutes and papillottes. Plus, you have a view of the Eiffel Tower, which goes up in lights at midnight. Montmartre is also a popular area with awesome views of the city and a bit more laid-back than the party-central Champs Elysees.”

Abby says… “A friend asked me a few weeks ago for suggestions for a New Year’s in Paris and I said “Don’t come!” 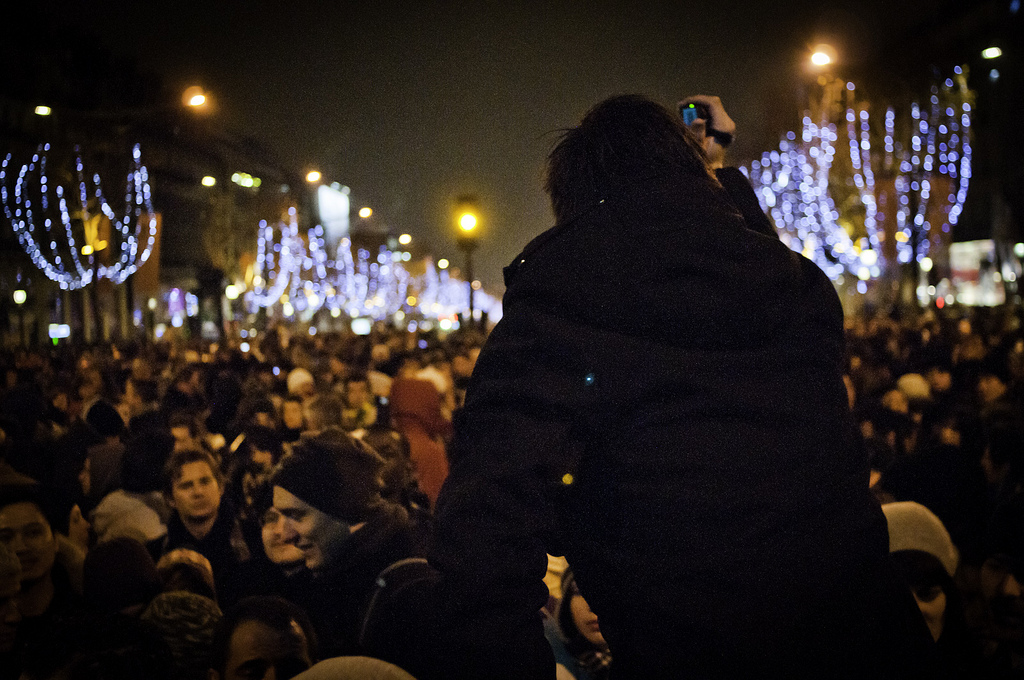 Paris is not the most exciting city for New Years. Crowds gather for midnight on the Champs-Elysées and on the Champs de Mars by the Eiffel Tower, but the crowds can get quite rowdy.

Furthermore, seeing the Eiffel Tower light up at midnight is a bit anti-climactic when you see that happens every night, every hour on the hour! There are no fireworks and no particular New Year’s traditions in France as there are in some countries…

…But if you are looking for a quieter New Year’s, maybe a dinner with friends or at a nicer restaurant, come to Paris and you will still feel the leftover Christmas spirit in the air.” 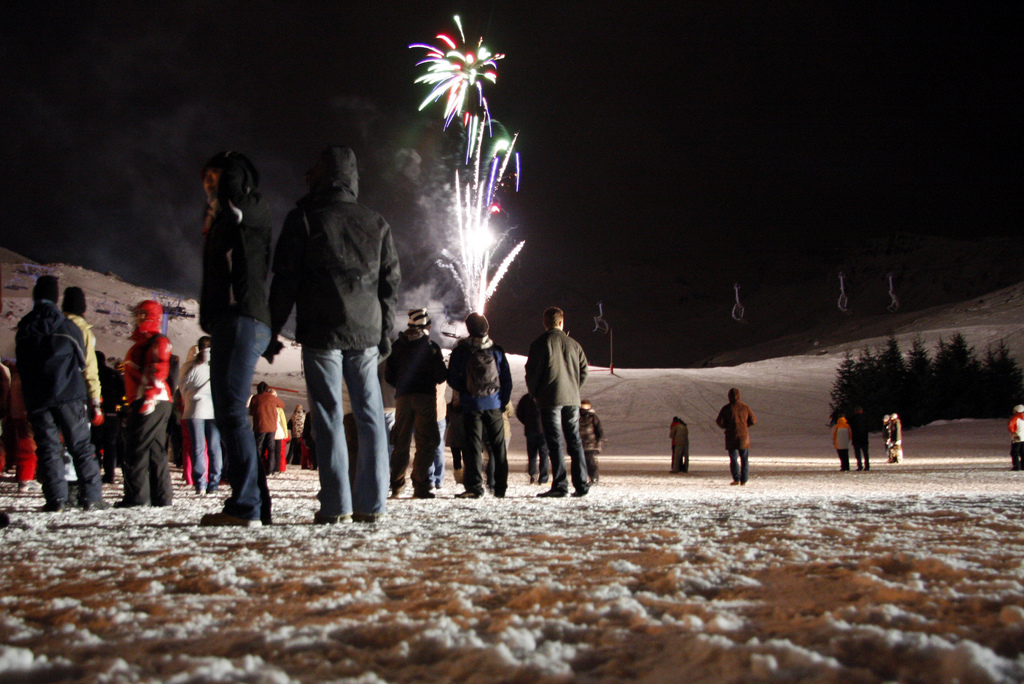 Adèle says… “My favourite place to celebrate New Year would be the mountains, in the Alps for example. In France, we associate Christmas time with cold and snow. So if you’re going for a week or so, go skiing during the day, have a good ‘dîner savoyard‘ like raclette or fondue, with lots of wine of course, and then celebrate midnight with Champagne in the snow, having snowball fights with friends!” 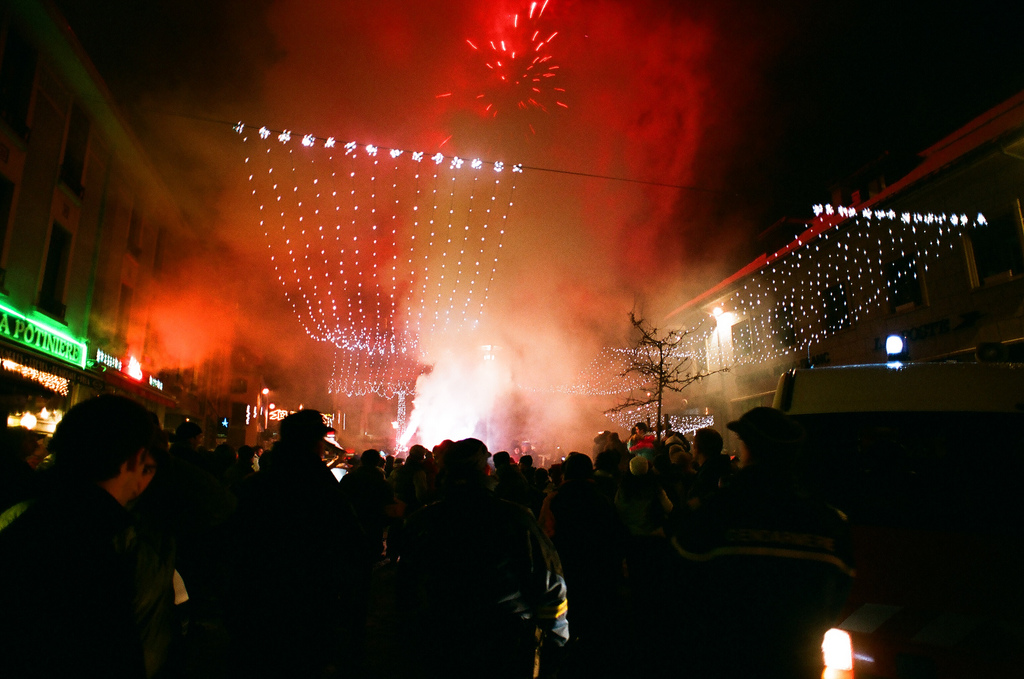 Adèle says… “I’ll suggest a good festive dinner in a French Restaurant, watch the fireworks, gather on the Champs Elysées and then continue the party in a nightclub somewhere! It’s the most typical thing to do in Paris for New Year’s Eve.”

Do have any tips for the perfect Parisian New Year’s Eve? We’d love to hear them! Tell us in a comment below, or tweet us: @MaVieFrançaise, #MyFrenchNYE