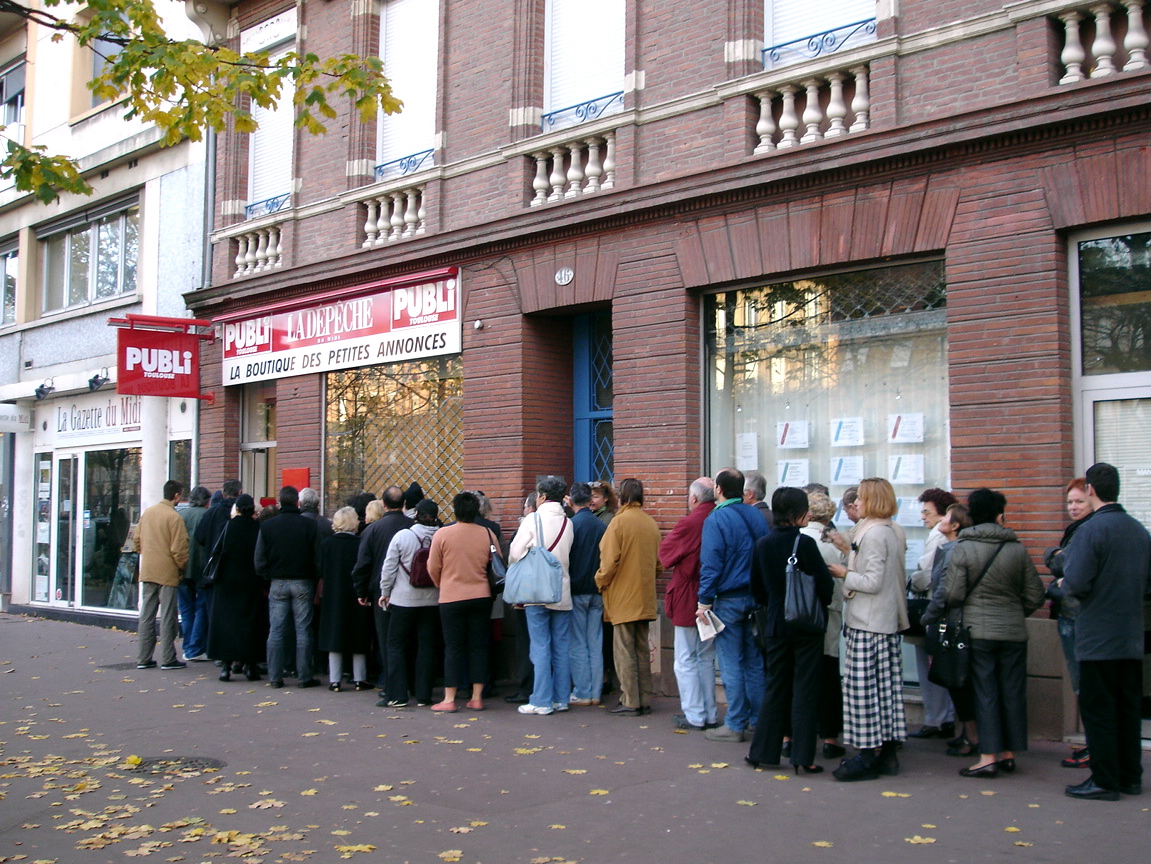 The British have a reputation for queuing. Well, I can tell you this, they have nothing on the French.

Wherever I go, I queue. To buy a baguette, to use the ladies room, to withdraw money. Queue queue queue queue queue. I am sure there is an ancient French saying that reads, “why be served straight away when one can queue?”

There has been a recent revolution in the supermarket opposite my office. And it is one that I welcome with both arms.

Before we get carried away let me just clarify that the revolution doesn’t involve a decision to stock jars of crunchy peanut butter, decent canned soup or individual bread rolls. All of which I am still holding out for.

No, it is even more exciting than that. 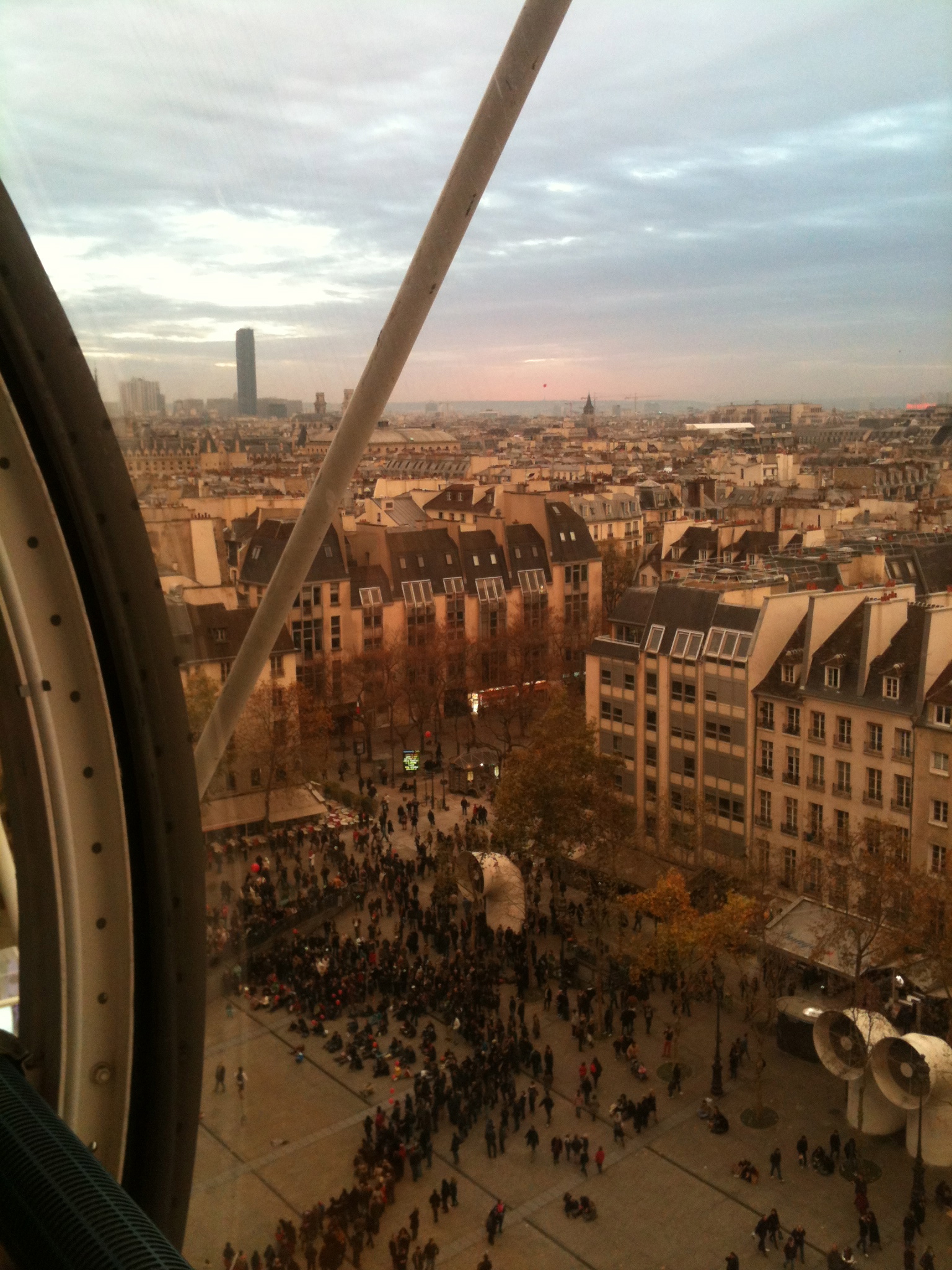 They have introduced a queuing system. That’s right, there is now a system for queuing in my local Carrefour. It is hard to believe I’m in France, let alone Paris!

A few weeks ago they installed a cordoned off area where everyone stands patiently in line and is called forward, in turn, to the next available till to be served.

I cannot tell you how much this has improved my lunch hour.

No more picking a queue and crossing my fingers that I don’t get stuck behind someone paying entirely in one centime coins.

No more mixed feelings of anger/cowardice as someone who was behind me in the queue dashes to be served first at a new till that has opened.

No. All that is behind me. Now I can leave the supermarket every lunchtime with a smile on my face and a skip in my step, safe in the knowledge that I have not spent one second longer in Carrefour than was absolutely fair. 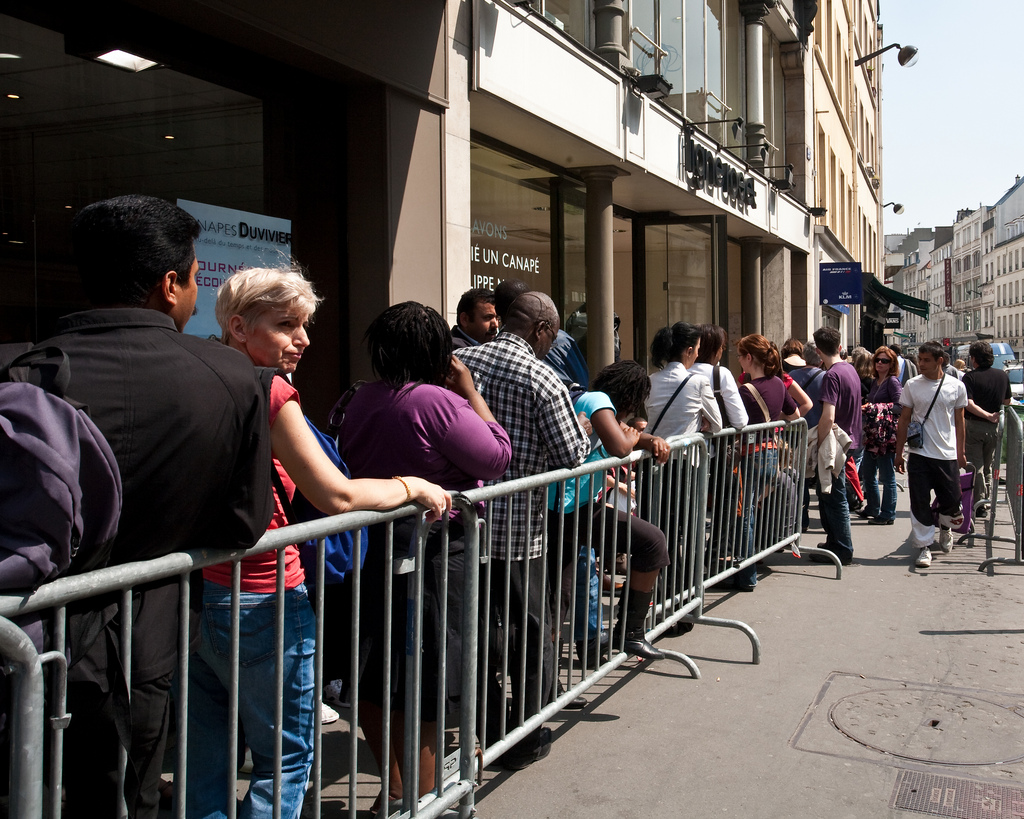 I wonder, will this be the dawn of a new era in Parisian shopping? Maybe next the shops will start training their staff to actually be polite to their customers. Maybe this will extend to waiters who will stop making me feel like I’ve made some terrible faux pas just by existing. Maybe, in turn, this will extend to the general public who will stop pushing and shoving to get on the metro or into a cinema screen.

Perhaps… and do I dare to dream… when I come back after the Christmas break I will discover individual bread rolls in Carrefour!

Have you experienced the French queuing system?