Paris Men’s Fashion Week at a glance: snow, style & a dash of crazy 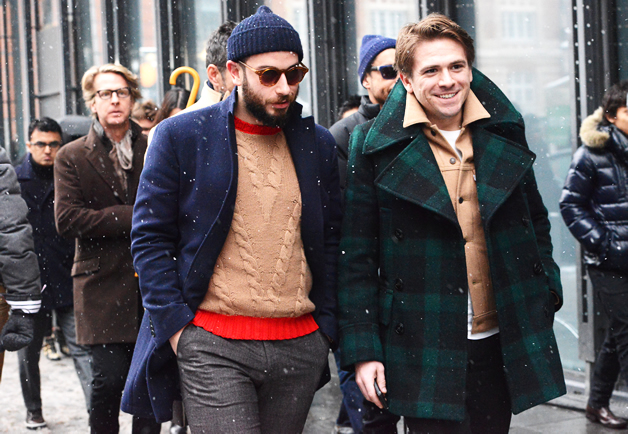 It was all beards last year at the SS12 shows for Paris Men’s Fashion Week. But as the Autumn-Winter 2013 shows began in Paris last week, the hommes de Paris pulled out their coats as the snow began to fall.

Twitter was all a-flurry (pardon le pun) with beautiful pictures of a white-blanketed Paris. 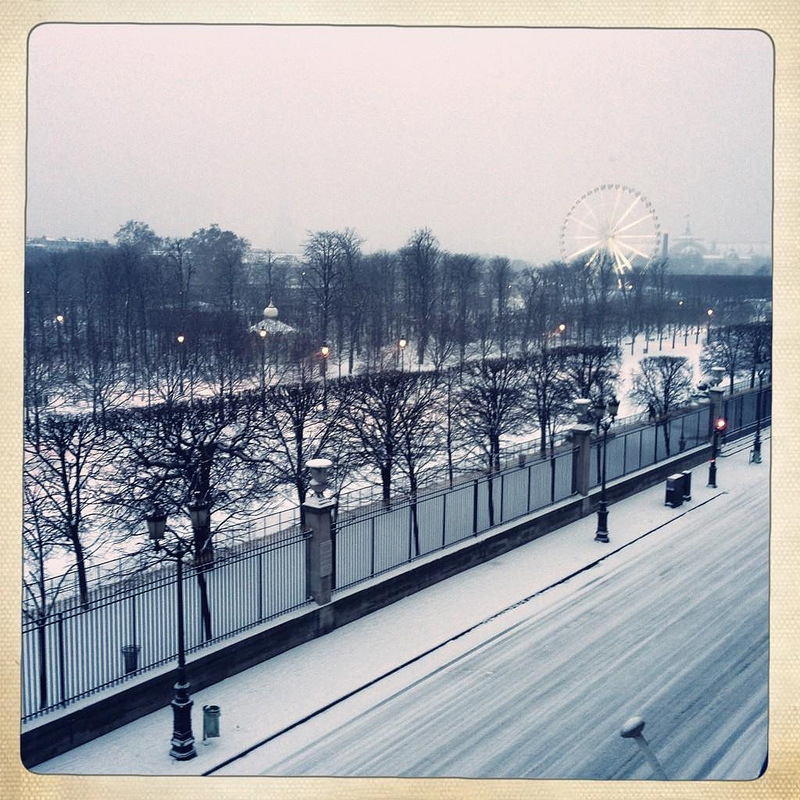 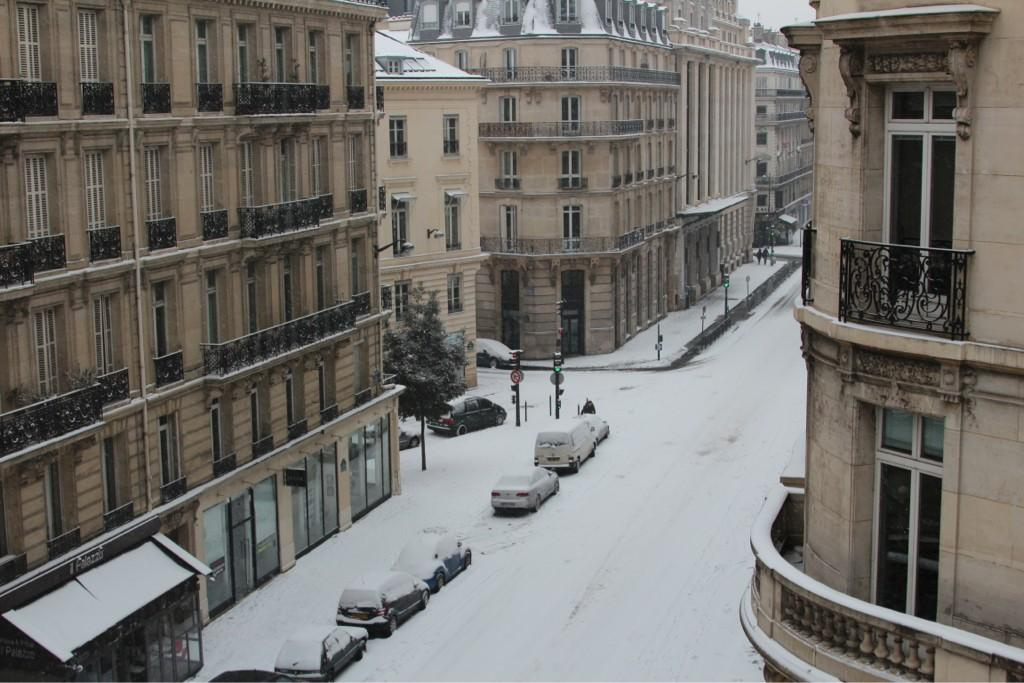 Meanwhile, inside the warm walls of this year’s Men’s Fashion Week venues, a different tale was coming to life.

The key trends of the past few seasons were still going strong. Cuffed trousers with socks peeking above suede, leather or canvas; structured tailoring and a firmly fastened top-button were seen throughout. 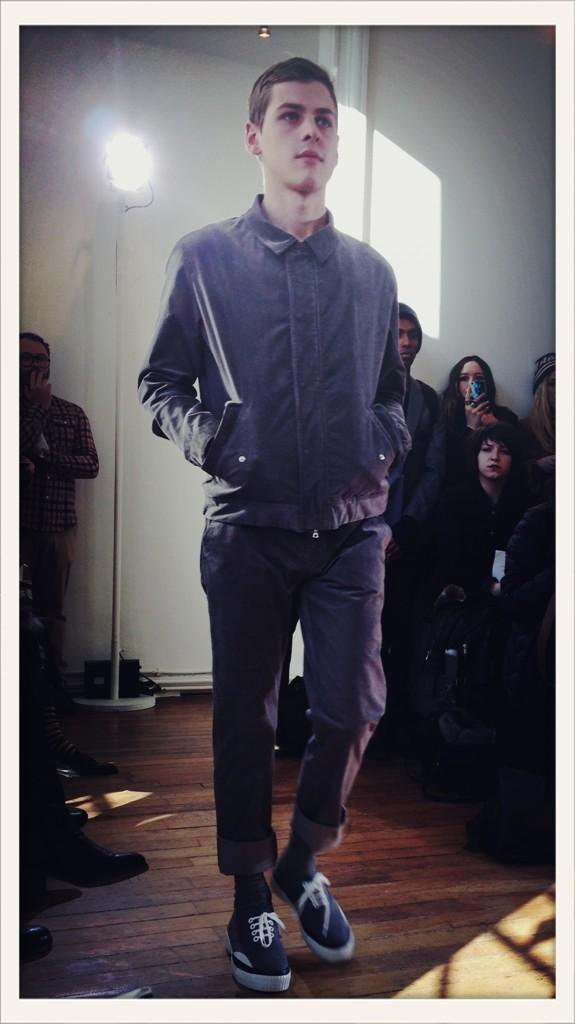 “Chic streetwear” at Julien David (as tweeted above by Vogue Paris) featured all of the above, sticking to wearable looks for the homme du jour. 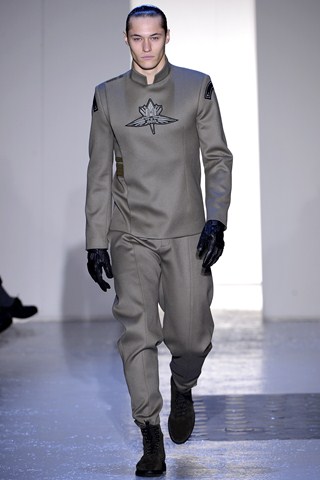 Unfortunately, not all was as chic as at Julien’s show. Fashion-conscious scuba divers will be pleased to hear that Thierry Mugler is now catering to their wishes, in addition to Starship Troopers fans, as British Vogue cheekily tweeted.

Meanwhile, Comme des Garçons proved that useful is si passé, with bunny-ears their headwear of choice for 2013. Bridget Jones Diary anyone?

…While Givenchy took the prize for coolest pre-show runway. 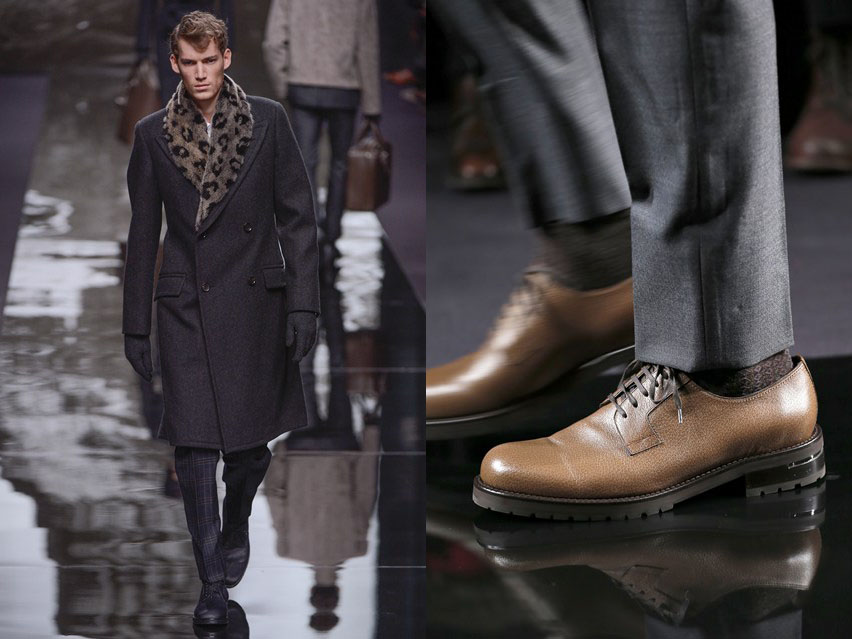 The ever-chic, ever-French Louis Vuitton served up a winning collection for AW13, with classic lines accentuated with clever details. Who ever thought leopard print on a man could be stylish rather than garish? 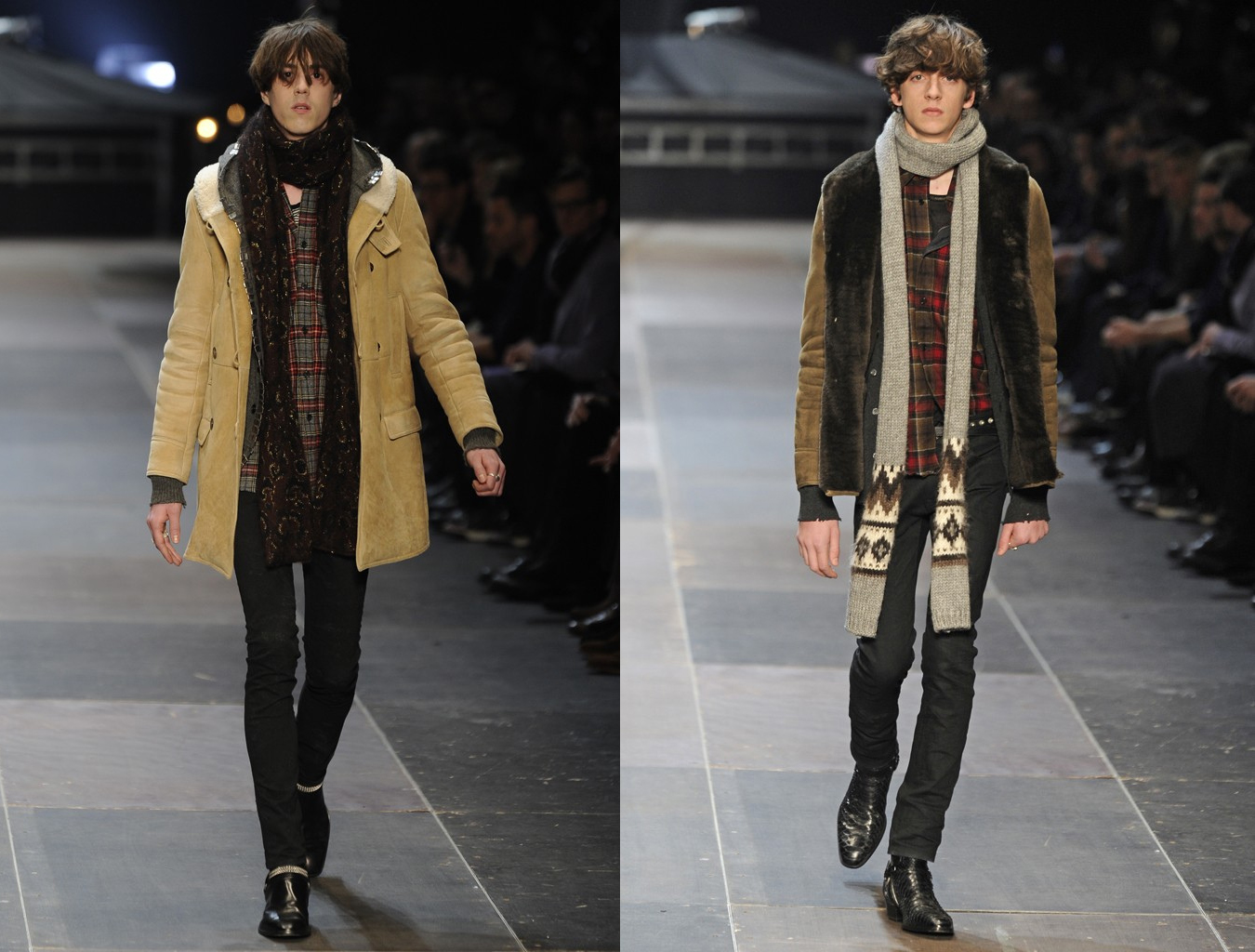 Hedi Slimane won the crowd over with his collection for Saint Laurent, with looks reminiscent of 60s British rockers and the 90s grunge scene. But not everyone was a fan of ripped knees and plaid shirts, with one Tweeter remarking that the outfits were “passé and overwhelming”.

Meanwhile at Paul Smith, bold colour combinations were the flavour of the day, with the fashion house describing their latest collection as “rich in colour, print and texture”.

As always with the Men’s shows, it was a mixed bag this year in Paris.

Which were your favourite looks and collections? Which were the worst?