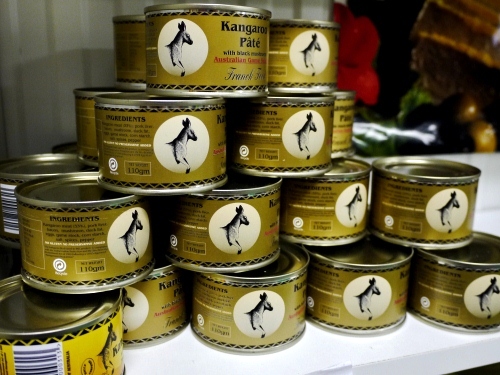 There isn’t just wine and lobster in South Australia. In Monteith, nested in the middle of the Murraylands and fields of yellow grass, is located the only French style meat canning factory of Australia, Franck Food. In other words, the equivalent of paradise.

‘Are you lost?’ I didn’t see him coming, the farmer on his dirt bike. I wasn’t lost, I was just waiting for his ridiculously well-disciplined cows (not one of them batting an eyelid) to finish crossing the road. The road presently cleared, I restarted the engine and continued on my way to Christian and Josy Godinot’s place. 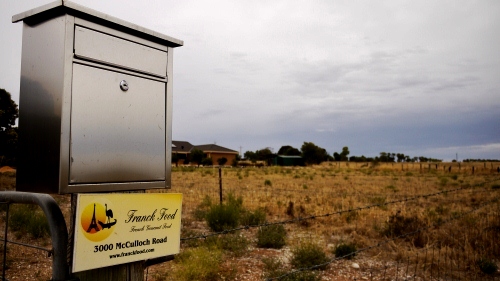 In 1992, the apartheid was nearing its end. The ANCP, where Christian was employed, faced maintenance collapse which resulted in 1500 people losing their jobs. “We had to either go back to France or find our own solution.” Josy, who was already trained in the food industry, had an idea: setting up a meat-canning business à la française, entirely traditional. The pâtés, “we missed them. You can’t come from the Gers (1) and not like duck.”

Until 2000, Christian and Josy hand-made pâtés, foies gras and ready-meals. They worked on a local range unique in the world, with springbok, ostrich and crocodile pâtés.

Unfortunately, the unstable political climate did not allow them to stay in Johannesburg. They had to look for another country to settle their business.

An Australian odyssey for expats 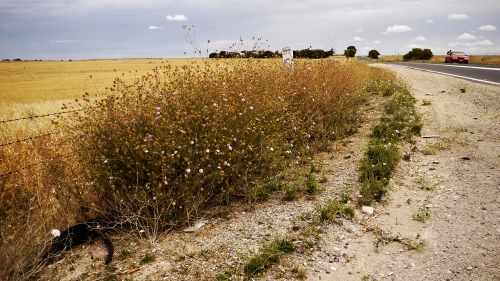 We don’t really know what led the first men to leave Africa and come to Australia on foot 50 000 years ago. For Christian and Josy, it was the pursuit of a more peaceful lifestyle. Now South Australia is lucky enough to call itself the new home of Franck Food, to the despair of South-Africa that has since seen two companies produce crocodile pâté in an attempt to fill the hole in the market.

Staying true to their desire to make French-style foods incorporating local culture, Christian and Josy created in 2005 kangaroo and emu pâtés, as well as ready-meals including crocodile with lemon myrtle and quandong kangaroo.

While Australians adore the hand-made duck à l’orange, the crocodile is still a hit, especially amongst French tourists because as Franck, Christian and Josy’s son, says, “over there it’s forbidden to consume crocodile meat because there’s no regulation.” 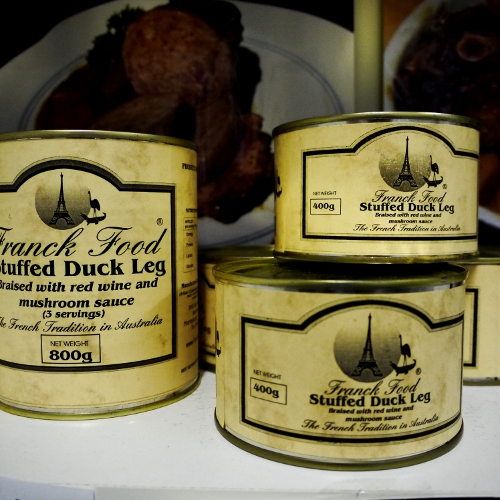 However, the creation of Franck Food in Monteith didn’t happen without troubles. The South Australian general inspection, which had never seen such a business before, gave them a hard time. While France prides itself on its artisans, Australian legislation and the countless certificates needed to make and sell food renders the creation of a small traditional business problematic.

As a result, Christian cannot export his products. He says that France would have around 400 meat canning businesses. Despite coming from a country that could fit about 11.4 times into Australia, the Godinots are the only one of their kind over here, which the authorities find troublesome: new legislations needs to be created especially for them.

It’s their son Franck, armed with multiple qualifications, that plans on taking on the challenge. During our factory tour, between the preparation and the cooking rooms, he leads me to an empty room. Quietly, a tap drips in the background while Franck shares with me his master plan: ‘This is where I’d like to make saucissons‘. The regulations are even more complicated for dry products but he’s determined to grow the small family business. As for Christian, he doesn’t care. He makes his pâtés, he makes them well, and that’s all that matters.

As for me, I lug my bag all the way to Western Australia filled with cans of kangaroo pâté and stuffed duck legs braised in a red wine and mushroom sauce, a recipe created by Franck.

References :
(1) The Gers is a department in the south-west of France by the border of the Pyrénées. There is probably more ducks in the Gers than there are Germans in Australia.