Lighting up in France 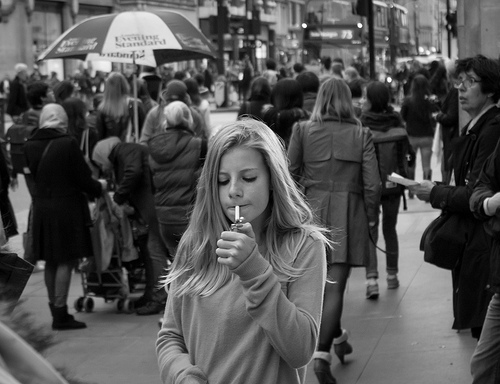 Recently, two French friends of mine gave up smoking. Interestingly, both of them attribute moving to Australia to their success.

“Back home, it’s normal to smoke,” says Lucie. “Here, I feel like an outcast… like I need to apologise. Hardly anyone smokes here!”

Australia and France have similar laws on smoking: selling to minors is illegal, warnings on cigarette packets are mandatory and smoking in indoor venues is banned.

While Australian attitudes and policies towards smoking are familiar to me, I am intrigued as to why smoking in France has become so commonplace.

Smoking tobacco is as synonymous with French culture as baguettes, haute couture and frogs’ legs. Jean Nicot (who gave his name to ‘nicotine’), ambassador to Portugal, introduced tobacco to France in 1560 when he sent tobacco back to the Queen Mother and Regent Catherine de Médicis to alleviate her migraines. 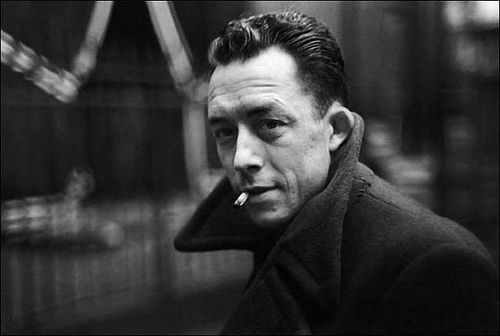 Smoking has come to represent intellectualism, beauty and sophistication. Respected writers, philosophers, actors and singers have been puffing away in front of audiences for centuries.

Think Jean-Paul Sartre, Simone De Beauvoir and Albert Camus and the visions materialise through a haze of smoke… 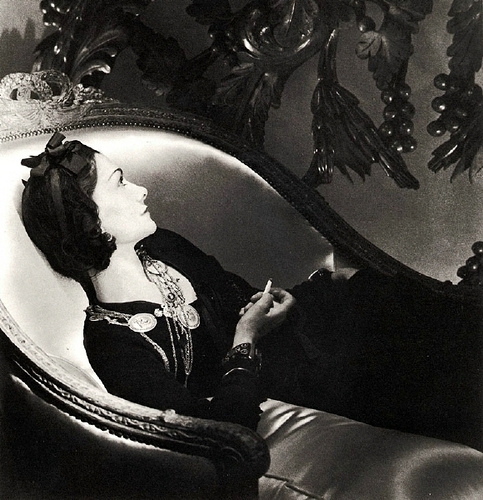 The ‘feminisation’ of the cigarette began in the 1940s once women were given the right to vote. Tobacco companies portrayed smoking as liberating and slimming. The number one concern for women considering quitting, says Christelle Touré of France’s Anti-Tobacco Committee, is their waistline.

Smoking rates amongst women have gradually increased from 20% in 1950 to 26.5% today and tobacco-related cancers are forecast to be the top cause of death for French women within 15 years.2 Already, 73,000 deaths annually are attributed to tobacco-related diseases.3

Last year, a European poll revealed that 38% of French teens had smoked at least one cigarette in the past month. In addition, thousands of tobacconists illegally sell cigarettes to children as young as 12.4 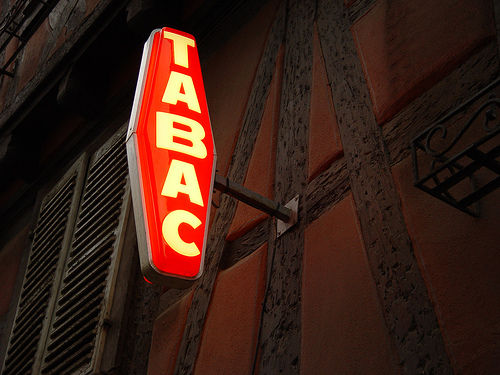 “Here, a tobacconist is likely to be subjected to checks once a century,” says Didier Migaud, President of the State Auditor, Cour des comptes. Migaud also laments that government subsidies of tabacs (tobacconists) far outweigh its funding of preventative measures.3

Taxed at 82%, cigarette sales contribute a hefty amount to state coffers. In 2011 alone, sales translated to €13.8 billion in revenue; 1.38% of government revenue. 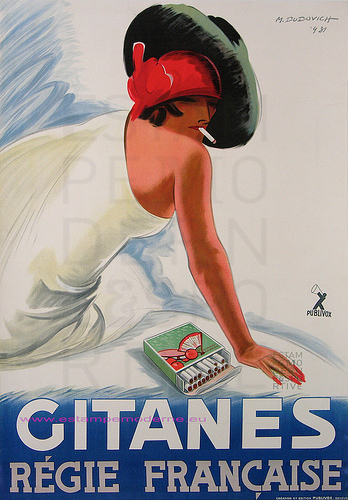 A price rise of 40 centimes last October lifted the base price of cigarettes to 6€10. With neighbouring countries selling cigarettes for 30% less, there are concerns that tabacs will suffer. Already, an estimated 21% of cigarettes consumed in France come from outside the country.

The State Auditor on the other hand, has called for a much steeper price increase to achieve a lasting fall in consumption. The last significant price rise resulted in a 27% drop in smokers from 2002 to 2004.5

The Auditor has also recommended France follow Australia’s lead and introduce generic packaging, a move which Health Minister Marisol Touraine, intends to fight for at the European level.

Emerging from the haze

The reason my two French friends have managed to quit smoking in Australia is becoming clearer.

Changing long-standing traditions and a ‘je ne regrette rien‘ approach is proving more complex. And given that France is not an island, a solution will require the co-operation of neighbouring countries.

In the meantime, French smokers might be well advised to visit Australia.