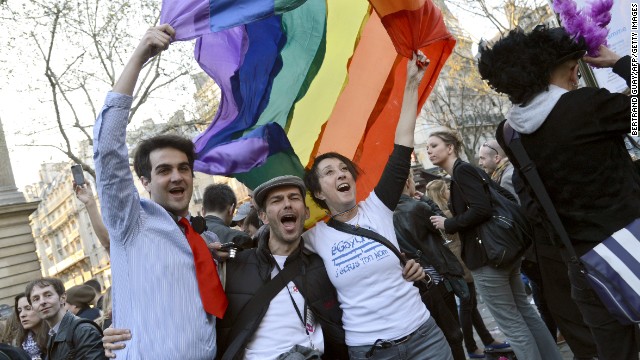 France has become the 14th country in the world to legalise same-sex marriage after Tuesday’s historic vote.

Following much debate amongst both lawmakers and the general public, president François Hollande’s “marriage for all” bill, which would also allow same-sex couples to adopt children, has been approved in the assembly.

Given the overwhelming Socialist majority in the lower house, it had been anticipated that the bill would be passed. However, the issue of same-sex marriage has proven one of the most controversial questions in the country’s recent political memory.

A step in the right direction 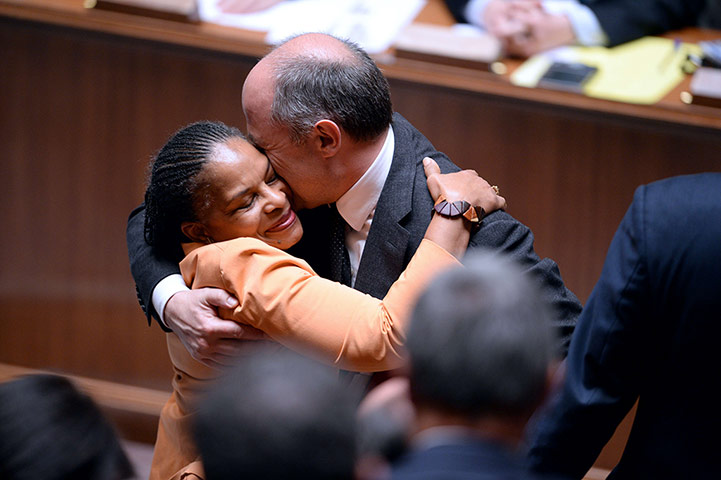 Jubilant supporters of the legislation celebrated on Tuesday evening, dubbing 23 April the “Day of Love”.1 For many, the right to same-sex marriage is a fundamental matter of equality – and this law is symbolic as a first step to ending discrimination and homophobia. “We’re obviously really happy,” said Cecile Hommeau, member of collective Oui Oui Oui. “But our fight is far from over […] the goal is to be granted access to medically assisted reproduction.” 2

The final vote – 331 for and 225 against – came after 172 hours of passionate debate in the assembly and senate, with Justice Minister Christiane Taubira describing the law as “a very beautiful reform”3, and said “many French people will be proud this job is done” 4. But immediately after the vote, conservative protestors tried to fly a banner calling for a referendum, and were escorted from the assembly by security.? Opponents to the bill declared they would challenge its legality in the Constitutional Council.

An end to discrimination, but not heated opposition

The last few weeks have also seen mass street rallies both in support of, and opposition to, the bill. Homophobic violence has risen, and the National Assembly has played host to daily protests. 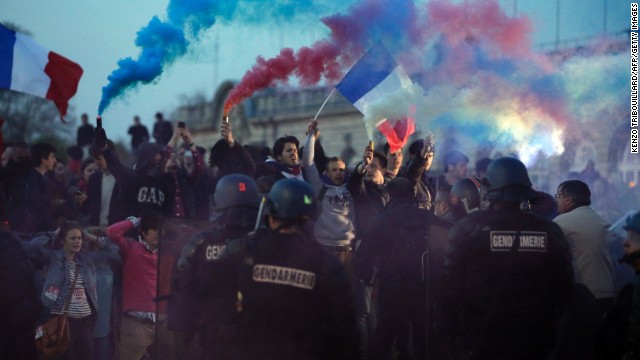 “It’s a gloomy day for us,” said Raphaël de Bourayne, organiser of a Bordeaux march which saw over 500 people take to the streets, dressed as if for a funeral.6 Leading the antis is comedian Virginie Tellenne, better known by the moniker ‘Frigide Barjot’. A spokeswoman for the Manif Pour Tous (‘protest for all’) movement, she promised that “if Hollande wants blood, he’ll get it!” 7

It now becomes a task for the Constitutional Council to debate the constitutionality of the law. 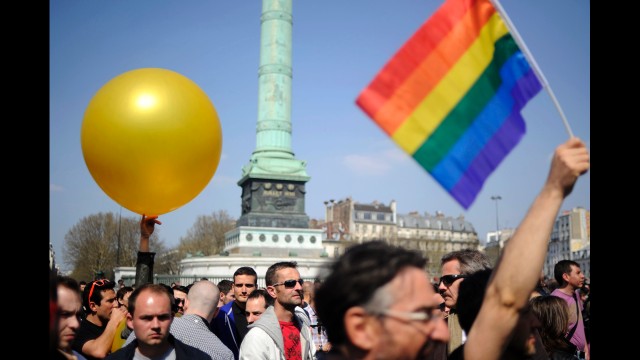 President François Hollande, who stated “Our differences should not become divisive”8 when he was inaugurated, must also sign the bill before it may be officially enacted as law. Hollande wants the law to be effective as of 25 May. A large anti-same sex marriage demonstration has been slated for 26 May.

Same-sex marriage was legalised in New Zealand only last week, and in Uruguay earlier this year.