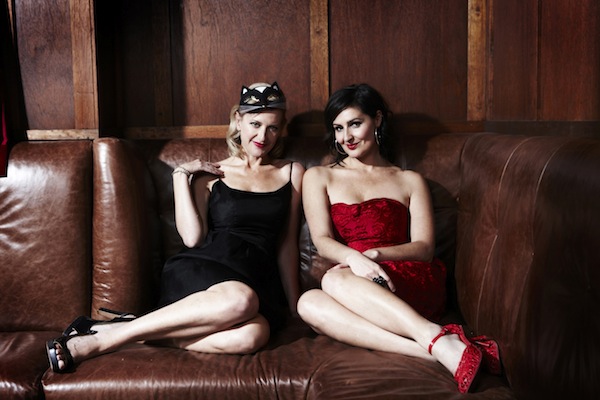 ‘Baby et Lulu’ are not French. That is the first thing you will need to convince yourself when attending one of their shows, such is the faultlessness of their accents. The musical duo, a mélange of Australian talent – Abby Dobson (Leonardo’s Bride) and Lara Goodridge (FourPlay) – are in fact just that; Australians with much talent.

Like so many of their compatriots, Dobson and Goodridge have fallen head over can-can kicking heel in love with all things French. Particularly French song.

Like so many of our readers can attest, love of the French language is a love-at-first-sound kind of affliction.

For Dobson (Baby), this love came from a French-speaking Aunt who lived in Geneva, and was to the young Dobson “the height of sophistication and glamour”. Though the love of the country came later, with travel, it was this first encounter with swallowed r’s and elongated syllables that “sounded so intoxicating” and subsequently spurred a love of French music.

Goodridge (Lulu), on the other hand, spent her teenage years entranced by French film and song, lusting after that alluring chic French culture.

Both went on to study the language that they so admired, which is evident in their fluency on stage. In fact, one would be excused for mistaking the pair for a touring French cabaret troupe, direct from the stages of a smoke imbued, Parisian cabaret bar.

After making each other’s acquaintance in Australia, it was a fateful meeting in a Parisian café that lead to the conception of ‘Baby et Lulu’. You are no doubt familiar with the kind of rendezvous – a few too many cigarettes, a book of early 20th century French songs and a little chocolat and, well things tend to happen. It is Paris after all. 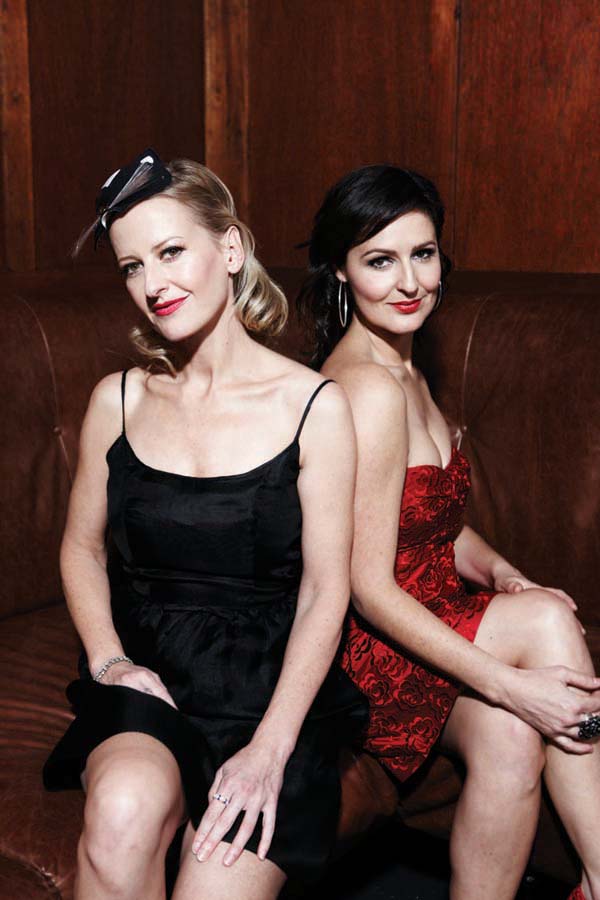 In pretty frocks and dramatic rouge à lèvres Dobson and Goodridge cease to be their Australian selves and transform on stage as ‘Baby et Lulu’, respectively. The realisation of long held dreams and longings evident in their vigour and stage presence, Dobson and Goodridge’s passion for French culture and song is evident to all.

Their repertoire spans everything from Edith Piaf to Brigitte Bardot, with the special appearance of Dobson’s 1997 platinum hit ‘Even When I’m Sleeping’, cleverly disguised as ‘Meme Quand Je Dors’.

Their self-titled debut album has been hastily snapped up by Australian francophiles and French ex-pats who satiate their longings for home in ‘Baby et Lulu’s’ musical offerings. When asked to comment on their French following, Goodridge is humbled.

“We are thrilled that the French people in Australia have been so supportive and positive about ‘Baby et Lulu’. It is of course an homage to France’s beautiful chansons and singers, so we are glad it is being met so positively.”

Behind the rousing band, the twirling frocks and dramatic ballads, ‘Baby et Lulu’ are simply two francophiles living out their French fantasies to adoring crowds. “This band is really the culmination of my greatest loves! Music, harmony and French” gushes Goodridge.

For Dobson, it is all about “the languorous language dripped in harmony and heart”. Regardless, these two Australians are infecting audiences with that beguiling je ne sais quoi that is French song, language and culture.

‘Baby et Lulu’ are currently touring Australia and you would be malade to miss them.

They play the ‘Caravan Club’ in Melbourne on 27 July, ‘The Street Theatre’ in Canberra on 9 August and ‘The Broadbeach Jazz Festival’ in Broadbeech, Queensland on 17 August.