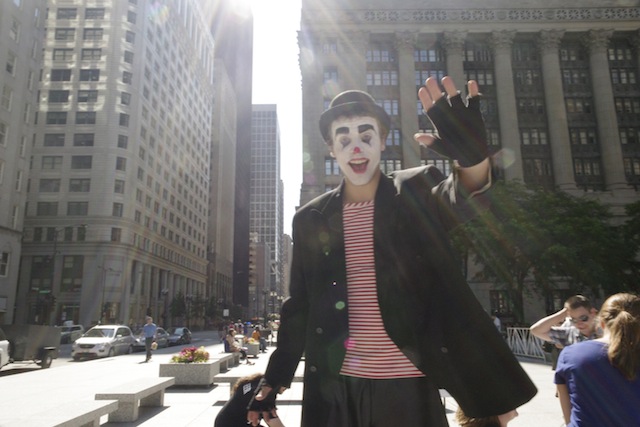 Rounding the corner in Chicago on 14 July, I was greeted by the sweet scent of crêpes and a chattering crowd. Daley Plaza was in fine form: its surface was dotted with white tents. Children’s laughter blended with the gurgling of the fountain, and a lovely white Eiffel Tower punctuated the scene.

2013 marked the second occasion of Chicago’s Bastille Day celebration in Daley Plaza.  Presented by the Alliance Française of Chicago, the Consulate General of France in Chicago, and the French-American Chamber of Commerce (among numerous other organizations), the event featured food, entertainment, and a fantastic raffle.

This year’s Fête Nationale coincided with Chicago’s Irish-American Heritage Festival, ‘The Taste of Chicago’, and a Chicago Cubs baseball game. Yet a sizeable crowd of Chicago’s French and francophile community had amassed to celebrate the storming of the bastille in 1789 and the Festival of the Federation in 1790. 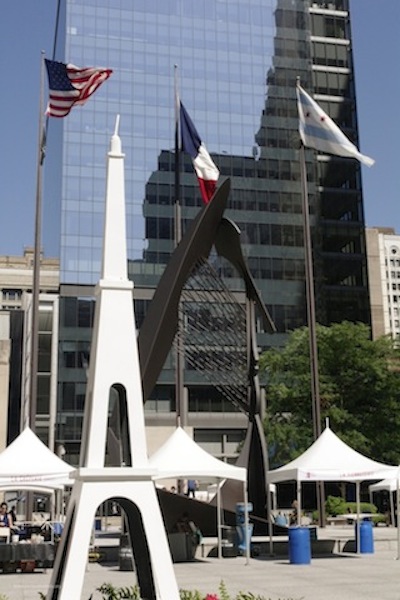 I began my afternoon as a volunteer selling t-shirts, flags, and Eiffel Tower key chains imported from France (the very variety that can be purchased in an array of sizes on the streets in Paris).  Greeting attendees in English and French kept me on my toes, bien sûr!

My co-volunteer, Ryan Waldron of the French-American Chamber of Commerce and I could not help but ask our customers what brought them down to the celebration.  Our answers were as varied as the individuals who gave them:

“We were in Paris forty years ago for Bastille Day – this is really bringing back memories.”

“I heard the accordion music getting off the L and I had to come check it out!”  This guest could not wait to buy a French flag and join in the festivities.

“My husband is French – we wouldn’t miss it!”  Though she did not speak any French, this woman was delighted to see her husband so happy, even though it took him a while to get the hang of switching between languages. 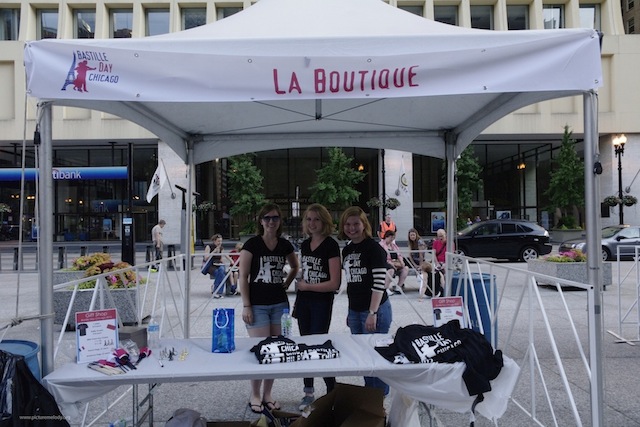 My co-volunteers and I selling t-shirts at la boutique!

Multinational and multicultural friends, couples, and families mixed and mingled with native Chicagoans as the sun set. Gourmet delicacies such as sweet and savory crêpes, sandwiches, macarons of all colors and flavors, croissants, as well as wine, beer, and champagne were sold in view of the stage. This is where the variety and complexity of the French music scene was displayed.

I myself had a salami and brie sandwich on a perfectly chewy artisanal baguette with a lemon and sugar crêpe sucrée for dessert. I could not have been more pleased. 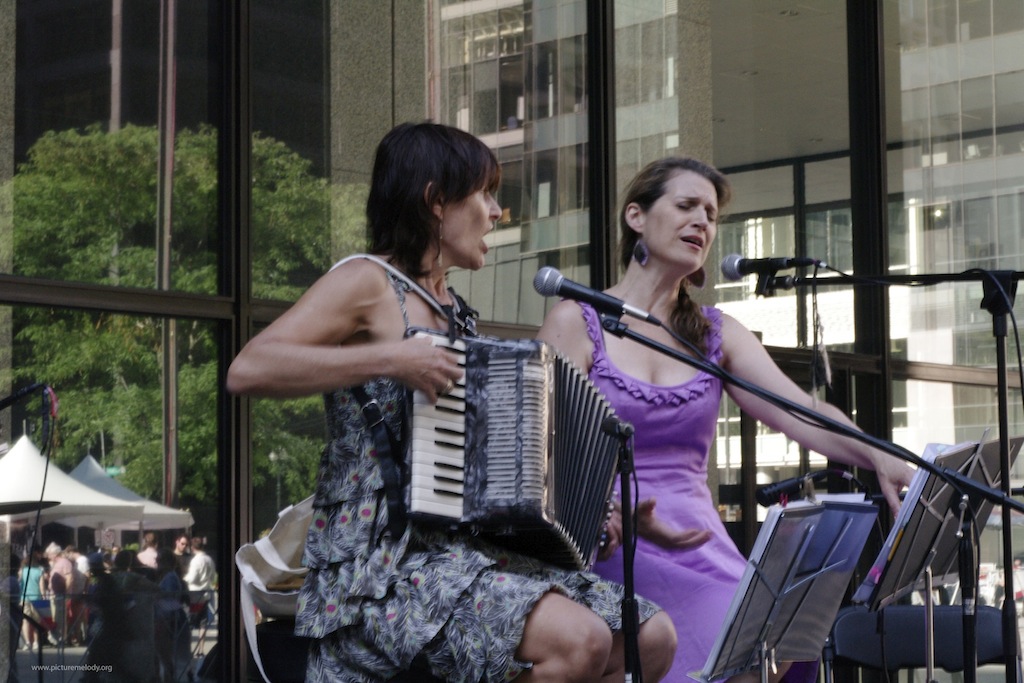 The performing artists included DJ Mwelwa, a world music DJ whose repertoire includes reggae, forro, salsa, merengue, and zouk. The acclaimed French cabaret duo based in Chicago Marick & Elaine brought a touch of Paris with their perfect harmony and the accompaniment of an accordion. And nothing could top the excitement and pizazz of can-can dancers presented by Tina Mangos Dance-Arts. 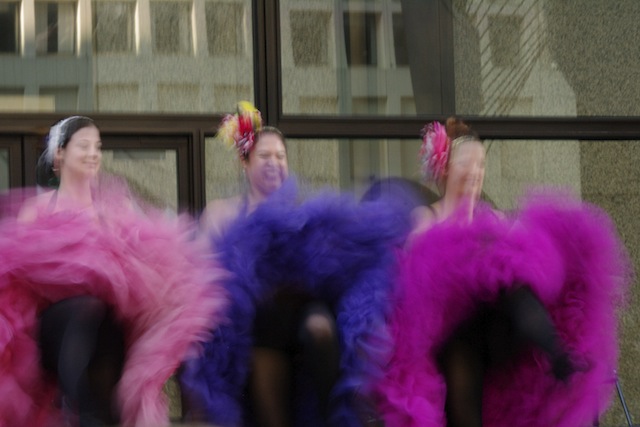 The ideal fête for francophiles

With the food, the music, and the celebration, I did not think the night could get any better. But excitement over the raffle prizes sparked suspense. Prizes including French courses at the Alliance Française de Chicago, cooking lessons at the French Pastry School of Chicago, and even a discovery package of Bordeaux and Dordogne were raffled off throughout the night. 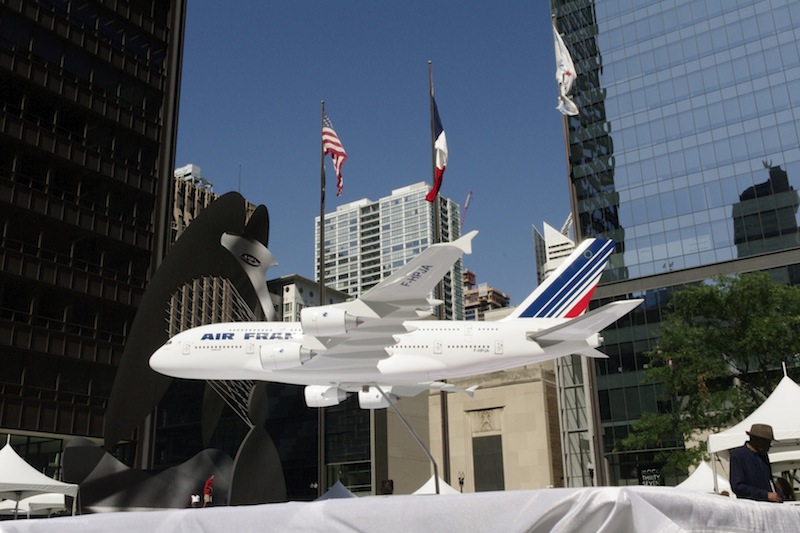 By far, the best prize was an Air France package of two round trip tickets from Chicago to Paris, valued at $2,600! I sadly did not have la bonne chance that night – my next trip to Paris will have to wait. But with a fabulous fête like Bastille Day right here in Chicago, I do not feel I missed a thing. 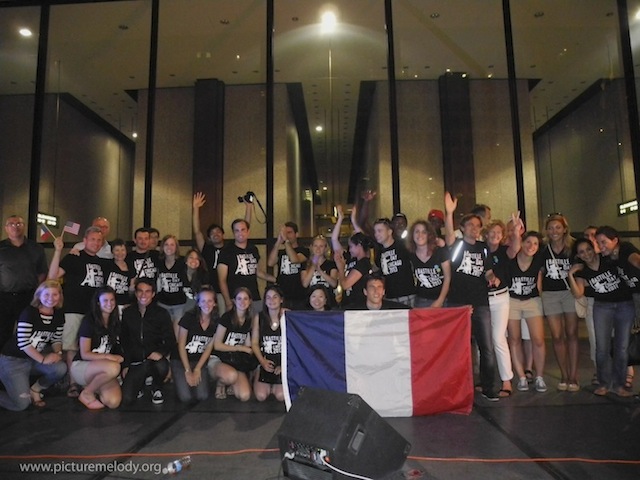 The volunteers and staff of 2013 Chicago Bastille Day

How did you celebrate Bastille Day?