The one price the French won’t pay

But when it comes to eating well for less, Paris has the market cornered.

Just last week in Melbourne I found myself blithely handing over $13.50 for a chicken and salad sandwich at the local shop. The bread was home brand, the tomatoes were floury and I needed a microscope to find the chicken.

A month earlier in Paris, I was presented with a freshly baked baguette, lovingly spread with artisanal butter and filled with thick slices of ham off the bone and a generous wedge of Emmental cheese. A bottle of Orangina and an éclair au chocolat later, my total bill added up to just eight euros.

Going out for dinner isn’t a mere popular pastime in Paris, it’s practically a national sport. And one look at the 38 euro prix-fixe menu at Alain Ducasse’s Michelin-starred Benoit restaurant makes it’s easy to see why.

By contrast, dining at feted Australian chef Matt Moran’s Sydney two-hatted restaurant Aria will set you back a minimum of eighty-nine dollars. And that’s on a weekday.

I’ve always thought that the litmus test for assessing any city’s food affordability is to take a look at its students.

It’s a rare Australian university student who doesn’t count mi goreng noodles amongst their five food groups, or who would disagree that cereal is a perfectly acceptable meal at any time of the day. And as for alcohol, the nectar of choice for many a struggling Aussie academic is that certain kind of white wine that comes in shiny silver bags with a guaranteed hangover as part of the bargain. 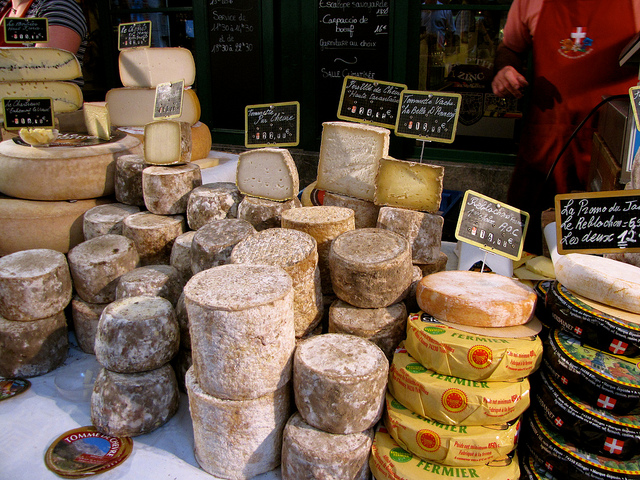 On the other side of the globe, French students exist on a diet of freshly baked baguettes and generous rounds of Camembert. And with a six-pack of Belgium beer retailing for just five euros, and bottles of spirits as low as ten, the humble Aussie ‘goon bag’ doesn’t even come close to comparing.

So I suppose the moral of the story is that living in Paris calls for sacrifice of the highest order: like surrendering wardrobe space, and forfeiting cooking gadgets.

But giving up good food that doesn’t break the bank?

Do you think the French have their priorities in order? What have been your experiences? Join the conversation by commenting in the box below.