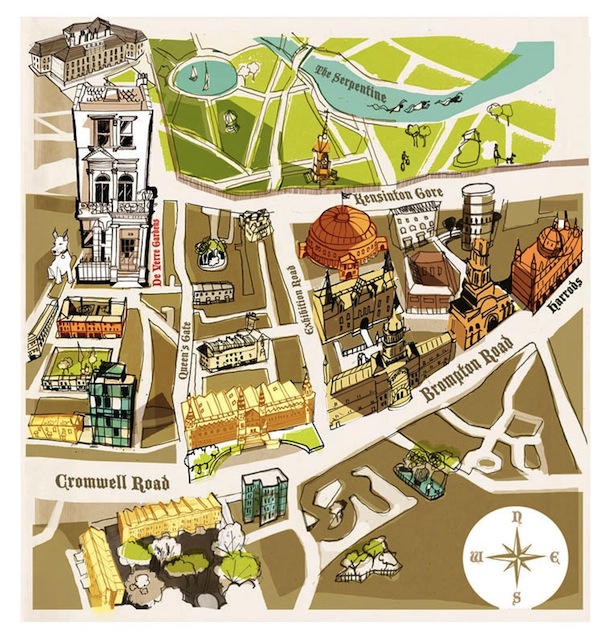 re you a francophile on the lookout for all things French? Or someone craving a taste of la belle vie after having recently returned from France? London could be the next best place to be!

With the French consulate estimating that there are currently 400 000 French expats in London, it is no surprise that ‘Paris-on-Thames’ is being dubbed as France’s sixth largest city.

The French trend for relocating to the UK has taken hold in the British capital, and a Gallic influence is becoming increasingly apparent in everything from gastronomy, culture and fashion, to the imminent fling with cycling.

An official French home away from home 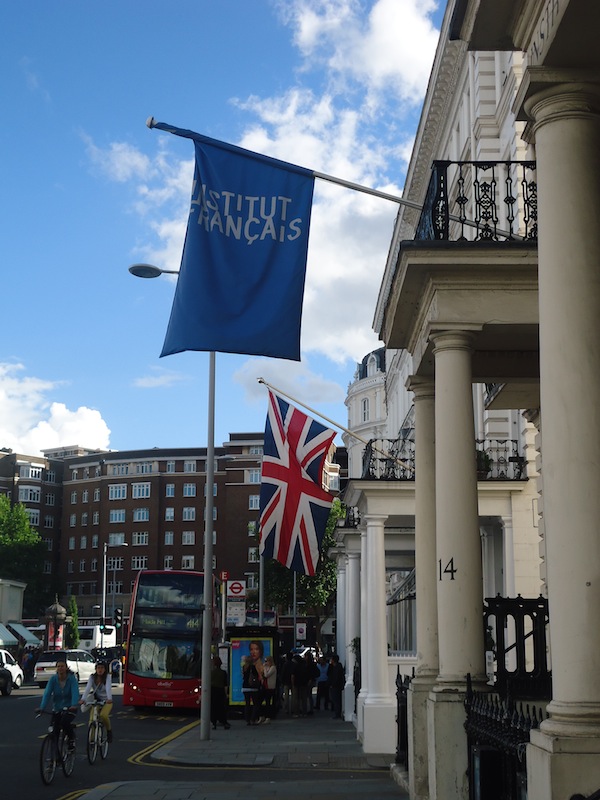 Bien sûr, the French have congregated in South Kensington, one of London’s most chic and cultured areas.

With the presence of the Institut Français, the Lycée Charles de Gaulle and the Ambassade de France, the area has become a prime spot for London’s burgeoning French community.

All things French in ‘Frog Valley’

Whilst strolling in South Ken’s French quarter, you will immediately feel as though you have entered little France. The presence of a strong café culture creates a real Parisian buzz on the streets, while quaint eateries and independent shops maintain a tangible sense of community.

The newsstands are stacked with ‘Le Monde’ and ‘Le Figaro’ and the streets are lightly scented with the wafting smell of fresh baguettes. French mamans on the school run are pestered for a goûter while chic twentysomethings enjoy a coffee and cigarette on a terrasse.

It is hard to hear an English voice on Bute Street – otherwise known as ‘Frog Alley’ – which is dotted with French cafés, patisseries, grocers and bookshops. 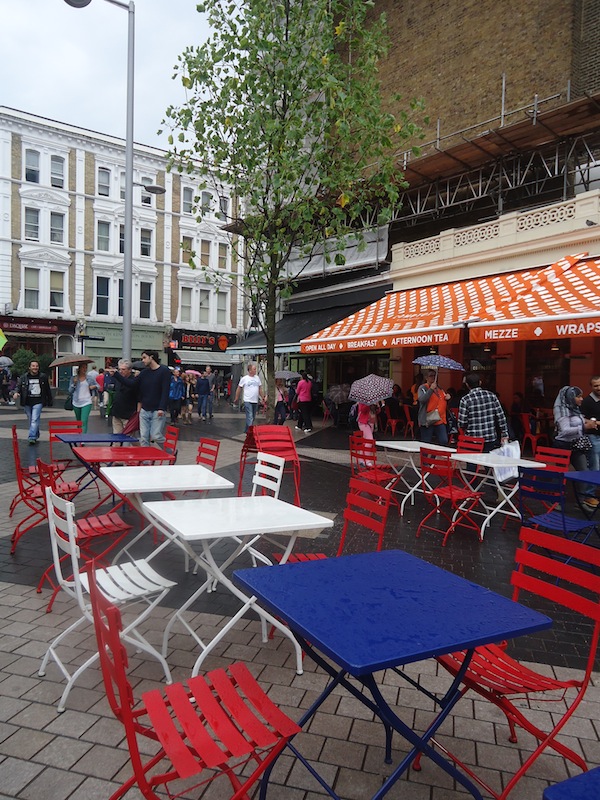 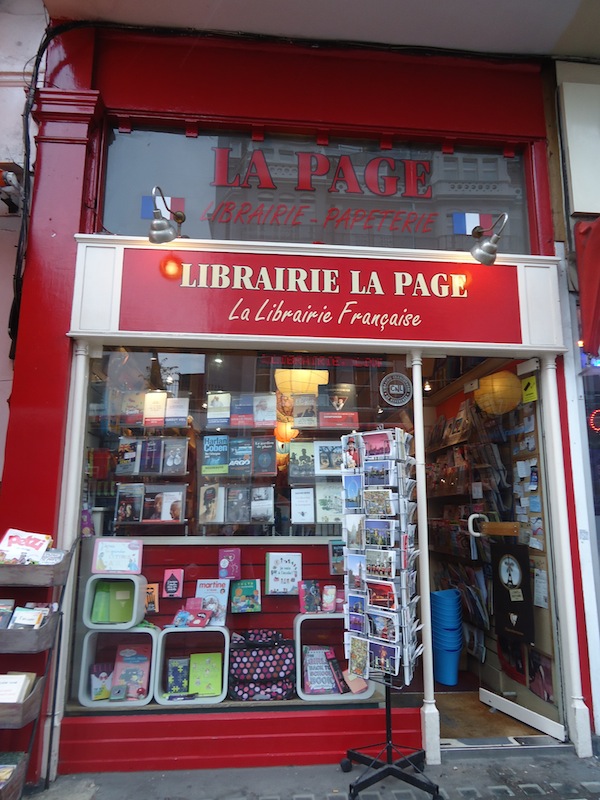 For mouth-watering patisseries I’d recommend Cigale and Bonne Bouche. The croissants and pains aux chocolat are the real deal, though you’ll be spoilt for choice with the selection of tarts and desserts. If you’re having a hard time choosing, why not opt for a selection of petit fours including mini macarons, tarlettes and millefeuilles?

After eating your fill of pastries, wander down to Librarie La Page for the latest issue of ‘Elle’ and The French Bookshop for a copy of Proust or Sartre.

A French retreat without the Eurostar fare

Francophiles will love eavesdropping in on conversations drifting from cafés, rummaging through shelves of French classics in a librarie, tucking into the perfect crêpe at Crémerie Crêperie or catching an art-house flick at the Ciné Lumière. 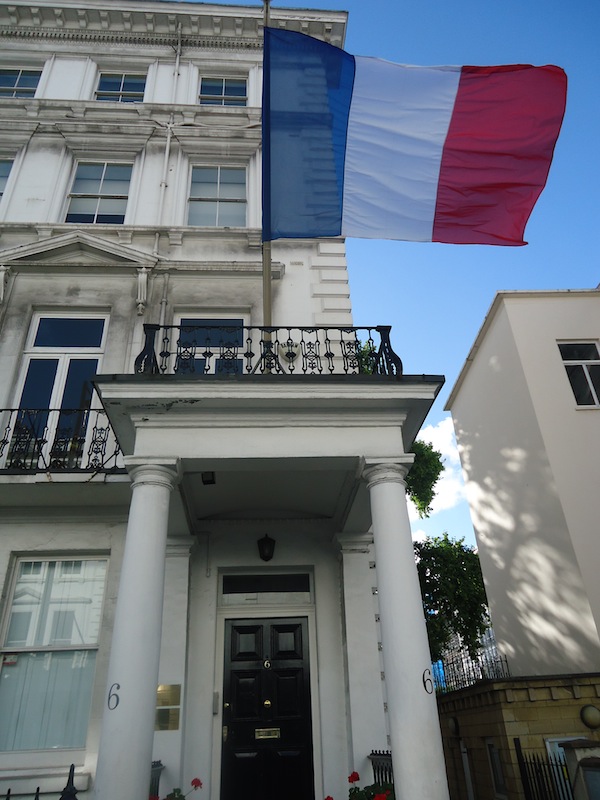 What’s more, this is the perfect place to brush up on your conversation skills – don’t look shell-shocked when greeted with a “bonjour”!

I love that I am often addressed in French here. The fact that people don’t revert to English when they realise I am not a francophone is a real compliment.  In fact, a lot of the French seem genuinely happy that there are some Londoners trying to master their mother tongue.

One conversation with a girl working in Librarie La Page ended in a lengthy discussion about Paris versus London. Young Frenchies love London; its audacious fashion, innovative creativity, unique atmosphere and tolerance.

She put me rather on the spot when by asking me to choose between the two cities. Although it was not the first time I had been asked, I always struggle to give a straightforward answer.

Paris is without doubt superior in visual splendour, and is where I made my Parisian dream a reality. However, London will always be my hometown and has a certain truc that I cannot quite put my finger on.

So, South Kensington has become my half-way house, offering the best of both worlds.

What are your favourite places to find France in London? Share your suggestions in the comments box below, or join the conversation on Twitter – @maviefrancaise.