French women don’t have it figured out 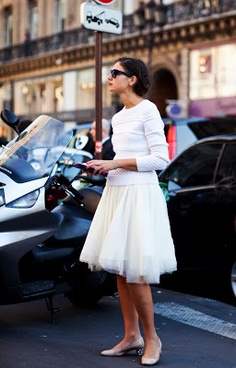 We don’t care what they wear, say, do, cook or whether they’re better lovers, philosophers, parents and everything in between.

What a laughable idea! According to writer James Wolcott, however, it’s time we gave up on our French fairy tale.

In the November 2013 issue of Vogue Australia, Wolcott declared that the French women franchise (as he called it) was done and dusted.

In an interview with My French Life™, Harriet Welty Rochefort proved there’s much more substance to books like hers than Wolcott would have you believe.

“In a country where the nightly news makes you want to shoot yourself and people on the Metro look so glum, I wanted to explore the disconnect between the happiness the French have in their personal lives and the negative view they have of public life,” she told us.

These writers are pragmatic, and like the rest of us, are searching for something more.

A French woman thinks for herself

Wolcott then gets to the point: there’s a new book on the scene, but this one is different.

Written by Sophie Fontanel, ‘The Art of Sleeping Alone‘ chronicles her experience of being celibate for 12 years. Oh but don’t worry – it’s no better than the others.

“It’s a huge job to be perfect. Like a full time job.” – Garance Doré

“Leave it to a Frenchwoman to convert even giving up sex into an elegant gesture that reeks of worldliness and send up a smoky wreath,” says Wolcott.

Now, I do hate to play this card, James, but perhaps as a non-French non-woman, us French-appreciating actual women will decide for ourselves what advice we take, and what advice we leave.

We all know that even French women get it wrong. They’re only human after all. But that doesn’t mean we don’t acknowledge that as a whole, they’ve got something going for them.

French women are in touch with reality

Case in point: Garance Doré, one of the most loveable French fashion bloggers to grace the earth. If you’ve ever struggled to keep up with a beauty regimen, I promise her recent blog post will make you feel better.

“If my goal in life were to be perfect, I’d be in deep s%#t,” she begins. I’m already won over: a French women, not parfait?

“We all know that even French women get it wrong. They’re only human after all.”

“It’s a huge job to be perfect. Like a full time job. I mean, let’s just take beauty products for example: have you ever counted the number of hours it takes each week to make yourself bottom-line presentable?”

“Bottom line : I get this feeling that I’m constantly a ‘Work in Progress’.”

In an “idle moment” she jotted down the things she always forgets to do, without fail. From not wearing mascara to never getting her hair cut, it really is “too hard to be a woman.”

Garance is a gust of fresh air in a world that believes French women are the be-all and end-all of style and perfection. Breathe a sigh of relief: none of us – not even the French – are perfect! 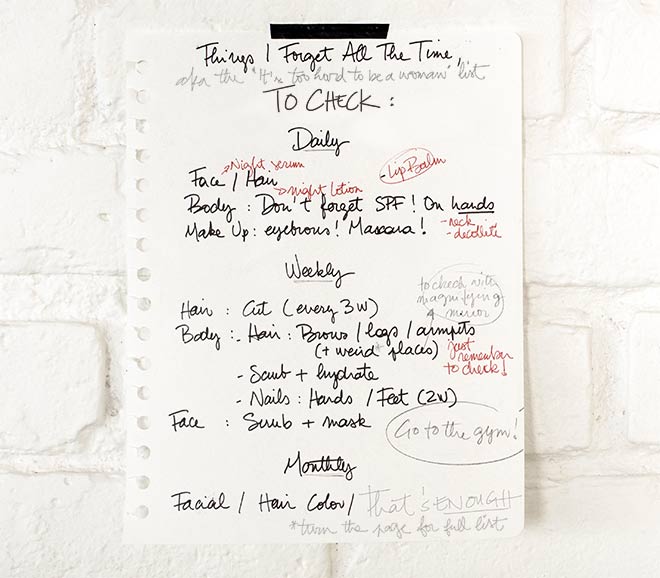 Why are we so obsessed with French women? Should we be allowed to indulge in this fantasy?