French women in politics: are the Paris Mayoral elections driven by image? 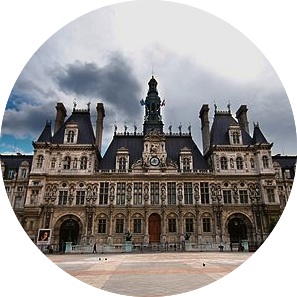 French women are sophisticated, chic, clever, beautiful, and they have it all together. Or so many of us Francophiles like to believe…

In reality, of course, French women are nowhere near perfect – they have their quirks like any other woman. However, is this idealised perception of women making a woman’s place in French politics more difficult? By romanticising the ‘French Woman’, are we contributing to the struggles of female politicians?

The first Madame Mayor of Paris

23 March marked the first round of elections for the next Parisian mayor, and the polls are showing that it is a woman’s game. With the second round on 30 March, the mayor is elected indirectly, voted in by the 163 members of the Paris City Council, representing the 20 arrondissements.

The two favourites are Anne Hidalgo of the Socialist party and the current deputy mayor, and Nathalie Kosciusko-Morizet (known by her initials NKM), a former minister of Nicholas Sarkozy. The polls show Hidalgo as a marginal leader but whatever the outcome, after 30 March Paris will have its first female mayor.

The major issues for the two candidates are largely the same: housing, public transport and crime. According to Madani Cheurfa, a political analyst at Cevipof (the centre on French political life), it is for this reason that the contest has become mostly image-driven.

It’s what’s on the outside that counts

Both of these politicians are experienced, ambitious, intelligent, and it has to be said, quite gorgeous. They seem to fit the bill of the French woman we strive so much to be like. In fact, both women have been heavily criticised for presenting idealised versions of themselves. Despite the criticism however, it seems to be working.

Hildago’s official campaign photo has been criticised as it appears to be very heavily edited. French PR veteran Jacques Séguéla hit the nail on the head when discussing it with ‘Le Parisien’.

Like “a L’Oréal poster for an anti-wrinkle cream”, the picture is “not natural at all”. Further, the Economist highlights how “her carefully staged trips in an electric car” go towards promoting her image of Paris as “sustainable, responsible and innovative”. 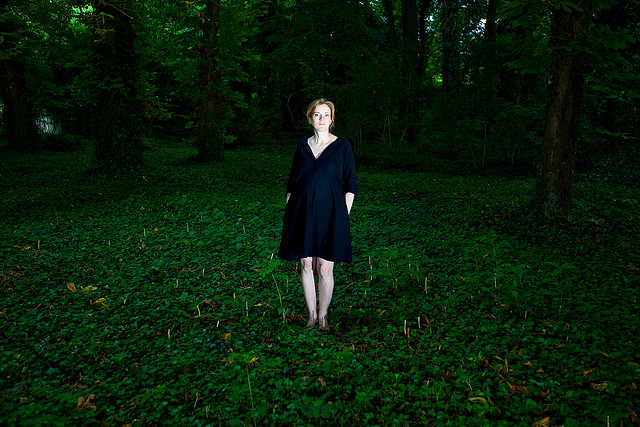 Kosciusko-Morizet is commonly known as the Harpist since a photo-shoot in 2005 published in ‘Paris Match’. In it she is pregnant, dressed in a long flowing dress with beautiful titian waves while lounging on the forest floor next to a harp.

Instead of being haunted by this photo, Kosciusko-Morizet’s campaign photos have bordered on ridiculous as she attempts to present herself as a champion of the middle class, according to Guardian writer Kim Willsher.

“By romanticising the ‘French Woman’, are we contributing to the struggles of female politicians?”

Photos on the metro were mocked after she didn’t even know the price of a ticket and pictures of her on a Velib’ were ridiculed when her 2 000€ bag was highlighted. Perhaps worst of all was the criticism she received after posing with a group of homeless men, given her hard line approach to beggars in Paris.

Rather than outstripping each other on a policy front, the race has become all about who will be the Ultimate French Woman, that image we covet so much.

A greater problem in French politics

The image-driven campaign of each of these two female candidates goes towards highlighting a greater problem in French politics. Of course, the unequal number of females in politics is not limited to France alone, and yet it could be argued that France’s political climate is less forgiving of women who do not uphold the idea of an ideal French woman.

To highlight this, let’s look to the consequences of the law requiring an equal number of female and male candidates on nearly all election ballots that was passed in 2000. According to the National Institute of Statistics and Economic Studies, in 2001 less than 11% of elected mayoral candidates were women.

“Although the significance of the first female mayor of Paris is not something to be dismissed, it is disappointing to see the way in which each candidate has run their campaign.”

Further, in the last municipal elections in 2008 the figure was less than 14%. Sandrine Leveque, a Paris-based political scientist, argues that Paris is an exception to the rule in France. “Paris is a women-friendly city,” she explains, highlighting that, in spite of this, French politics is still a very difficult place for a woman. 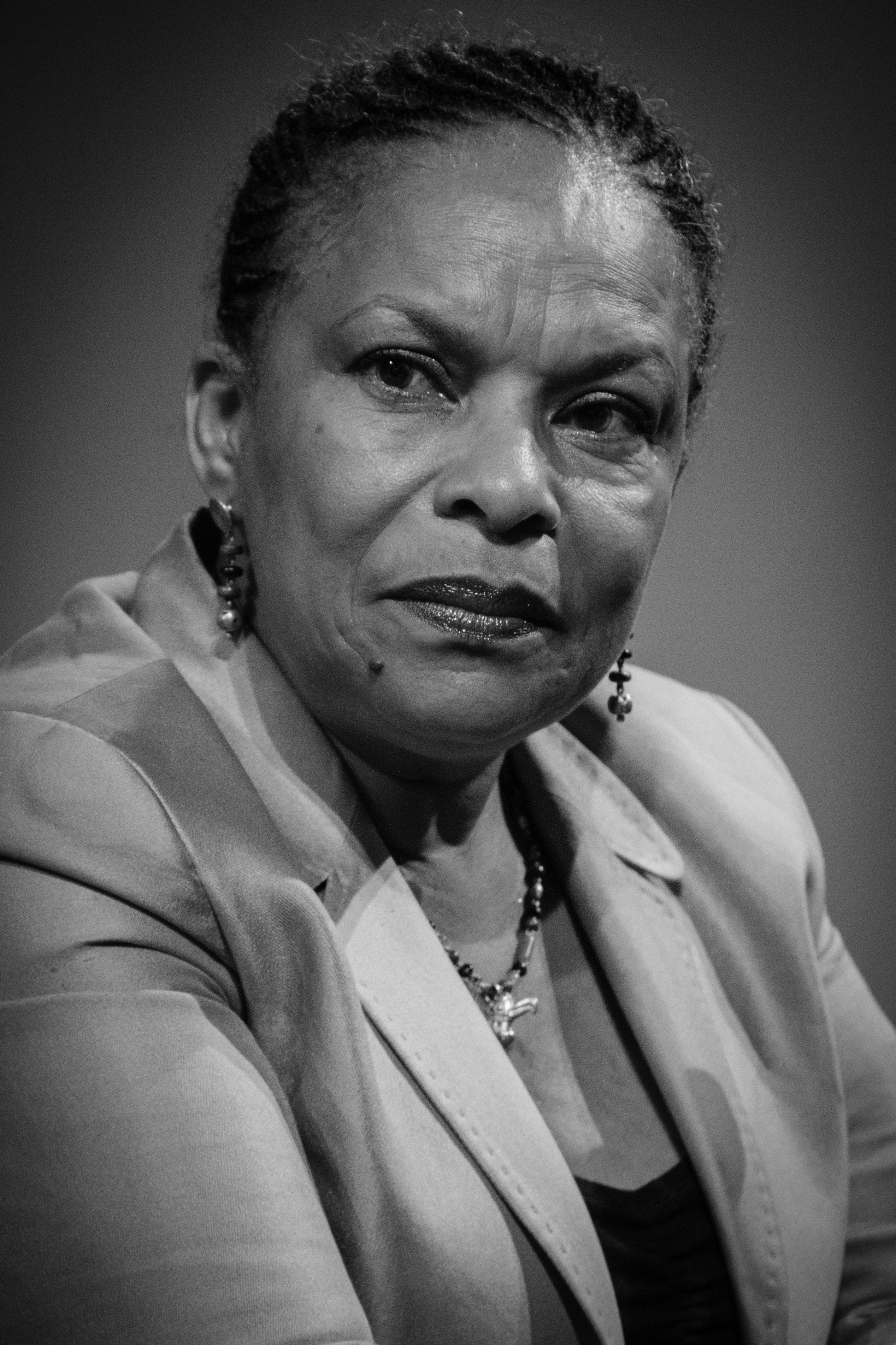 Christiane Taubira, Garde des Sceaux, has one of the most powerful positions in France today. However, her involvement in the scandal surrounding the phone tapping of ex-president Nicolas Sarkozy highlights her tenuous position.

Last week, Taubira conducted a press conference claiming that her government had no knowledge of the phone tap. However, ‘Le Monde’ revealed that le Parti Socialist did know of the phone tapping, and this was then confirmed by Prime Minister Ayrault.

Interestingly enough, in the media Taubira’s part in the phone tapping has come to overshadow the leaking of the recordings, as well as the very serious allegations of corruption prompted by them. Taubira has been scandalised and called to step down (though she has refused).

Hidalgo, of the same political party, has distanced herself from the situation in order to maintain her image. Where Taubira has failed to be the French woman keeping it all together, Hidalgo succeeds with her gorgeous smile and carefully styled hair.

Although the significance of the first female mayor of Paris is not something to be dismissed, it is disappointing to see the way in which each candidate has run their campaign. Focusing on image rather than policy, the achievement is somewhat soured.  This is particularly apparent given the impressive résumé of each candidate. However it seems where women in French politics fail to uphold this image, they are ruthlessly cut down.

To be sophisticated, chic, clever, beautiful, thin, have it all together and run a city of 2.211 million people? I think that’s a bit too much to ask.

Do you think that this perception of an idealised French woman contributes to pressuring French women in general? Is there an expectation for French women to be more ‘perfect’ than others? Let us know what you think in the comment box below.