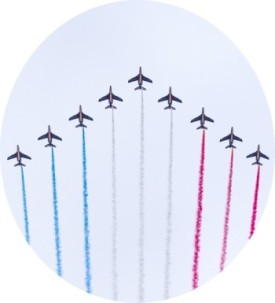 Who says you have to be in France or even French to celebrate Bastille Day? The festivities were certainly just as vibrant over the other side of the Channel in London.

On Sunday 13 July French expats, Francophiles and foodies came together in South London to celebrate the most anticipated day in the French calendar.

For the seventh year running, Bankside and Borough Market have hosted London’s largest Bastille Day festival to celebrate le quatorze juillet with an extravaganza of all things French. The fête takes place every year in Borough Market, London’s most renowned and historic food market.

Foodies and Francophiles revelled in the French feast at the market serving a mouth-watering selection of French cuisine.

An array of food and drink stalls were offering everything from crêpes to moule frites, accompanied by patisseries and washed down with du vin, cidre or even champagne. 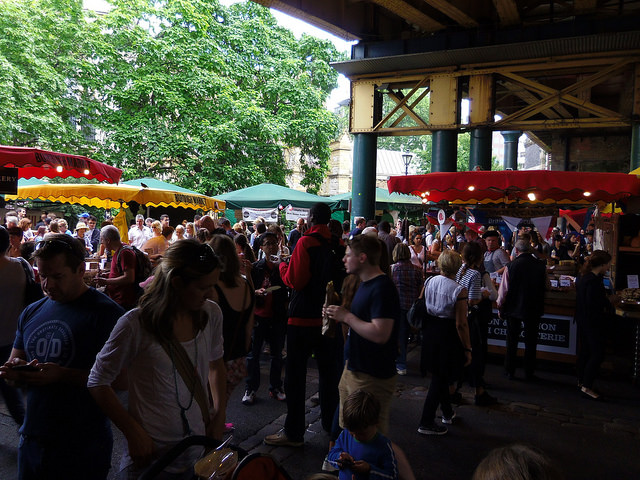 Vendors to look out for who have regular stalls at Borough Market are The French Comté, Une Normande à Londres, Borough Wines, Ion Patisserie, Comptoir Gourmand and Oliver’s Bakery. Keep a look out for our upcoming Francophile guide to London for some of their stories!

The highlight of the day was definitely taking part in the baking classes run by British Bakery Bread Ahead. The baking duo Matt Jones and Justin Gellately believe that anyone can learn how to bake and run a number of courses at their bakery school. 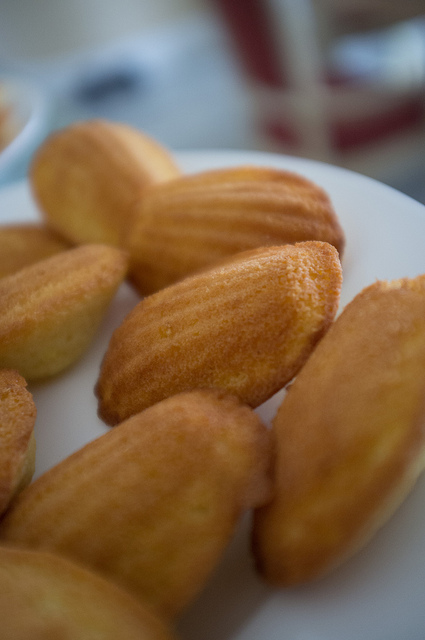 First was a step-by-step madeleine demo. Having made madeleines a couple of times, I was taking notes. We got to taste the finished product at the end – and by sticking around afterwards we managed to help ourselves to second helpings!

Next was an introduction to making Fougasse, whose shape makes it easy to tear off and share. Five participants battled tête-à-tête in a baking competition, with the winner getting to sample one of Justin Gellately’s sumptuous crème brûlée doughnuts.

After witnessing such baking wisdom, I am tempted to sign up to a few classes and hope that some of it rubs off on me!

Once visitors had had their fill of food, there was a jam-packed programme of French-themed fun to enjoy including live French music, dancing, street performers, face painting, rosette making and games of pétanque.

In true French revolutionary spirit, there was even a guillotine provided by the London dungeon which was chopping up watermelons as its victims.

A true taste of France

While this time last year I was celebrating in France, the festivities felt no less authentic in the English capital. French was to be heard everywhere and French stall owners were delighted to speak with me in French and hear about my time in France. 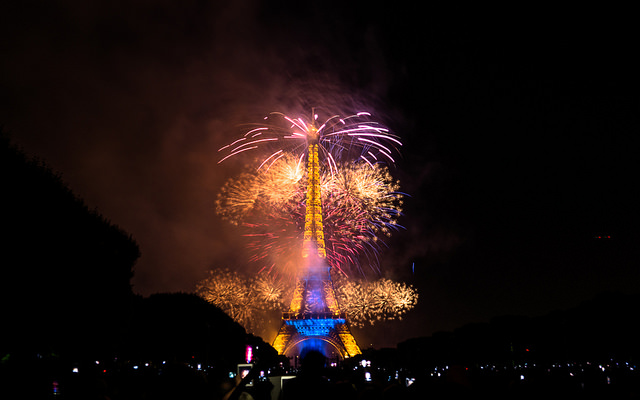 While the Brits have St. Georges Day, it does not generate the same kind of excitement as Bastille Day. Admittedly, when put on the spot I could not say when the English national day is, yet I could never forget the 14th of July – there is something truly magical about celebrating the French national holiday.

Whilst strolling along Southbank, I was approached by a French woman who said: “Excuse me, but why?” Having completely forgotten about the French flag on my cheek and my tricolore rosette, I gave her a puzzled look before remembering my French attire.

She had no idea that there were Bastille Day celebrations going on in London, so I pointed her in the right direction. It just goes to show, the French have at least un petit coin hidden just about everywhere in London.

So for any Francophile Londoners or visitors, save the date in your calendar for next year!

Where were you on Bastille Day? Let us know how you celebrated and leave a comment below.