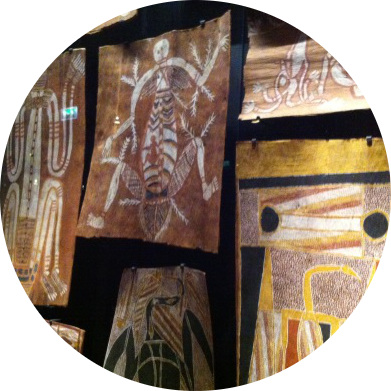 Many Paris museums focus specifically on French or Parisian history. Perched upon the river Seine, the Musée du Quai Branly is a rare museum devoted to the uniqueness and diversity of world cultures and ethnicities.

For the Francophiles among us, Paris is a city brimming with museums celebrating French history: from the Musée Carnavalet to the Parvis Notre-Dame, from the Maison de Victor Hugo to the Maison de Balzac. Lovers of French art, politics, music, fashion and archaeology will all find the perfect museum in France’s glittering capital.

Yet some of the city’s finest museums cast their gaze much further than their homeland. Perhaps the finest of these is the Musée du Quai Branly. 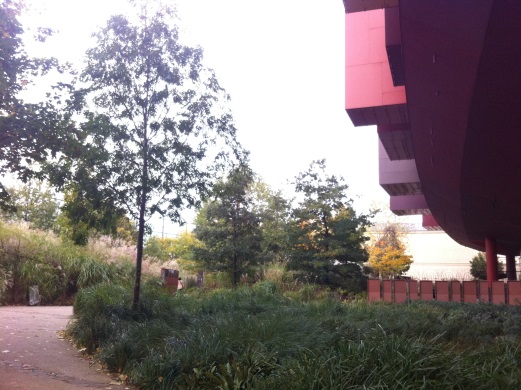 One of my favourite aspects of my Paris life is my job at the Sorbonne. I’m often allowed to structure my own courses, meaning my students get a heady dose of Australian culture in their English language classes. Last year, I ran a specialised class on Australian art. It was adorable to hear my little Parisian dwellers testing out their English to describe a variety of classic Australian artworks. But I was particularly impressed by how eloquently they spoke of Aboriginal art. 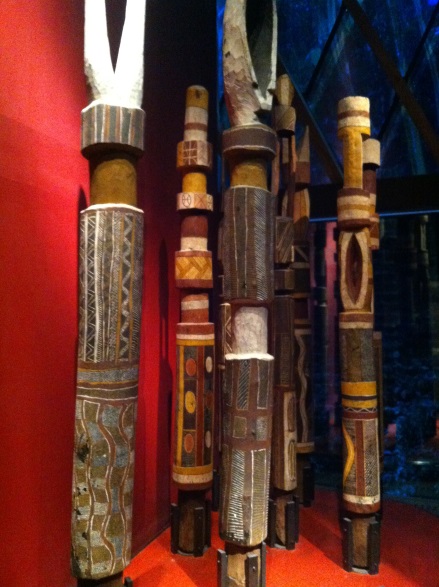 Some liked the warm, earthy tones of the paintings. Others were drawn to the unique, traditional techniques and materials used. Still others admired the stylised, at times abstract way Aboriginal artists depict imagery from the Australian bush: watering holes, snakes, lizards, rivers. Some were intrigued by the Dreamtime stories some paintings told; the mythology so precious to native Australian culture.

Many of these young French students really connected with the art we studied. And when some asked where they could experience Aboriginal art in Paris, I knew exactly where to send them.

The Quai Branly is devoted to the art and culture of native peoples, tribes and communities from around the world. The museum is designed around a central open pathway, nicknamed the rivière, which flows through the different regions of the earth. This ‘river’ guides you from the native peoples of Alaska through the tribes of South America to cradles of civilisation like Ethiopia and Greece.

From the South Pacific via Japan to the Middle East, almost every corner of the globe is represented. There are ancient and contemporary materials, high-brow artworks and everyday objects. There are masks, paintings, tapestries, ritual artefacts, ink drawings, sculptures and ceramics.

An appeal of its own

Housed in a glassy, modern space, the Quai Branly is perhaps best known for its stunning mur vivant (“living wall”) installation on the museum’s exterior: 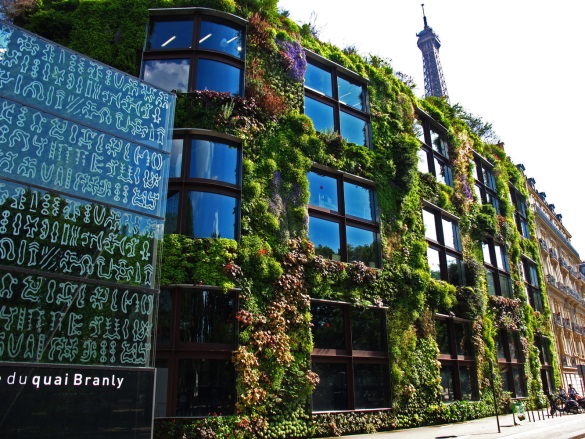 Yet once inside its walls, the museum feels like a world unto itself, with rambling gardens, workshops and a cinema, as well as the exhibition space itself. It is certainly a very striking place.

But what I appreciated most about the Quai Branly was the same thing that I saw in my students that day: an interest in the local, the traditional and the authentic that each world culture has to offer. Museum and students alike impressed me with their refusal to objectify or orientalise, and their desire to study, understand and respect.

Have you been to the Musée du Quai Branly? What is your favourite part of this modern, diverse museum? Please share your comments with us below, we’d love to hear from you.