Coffee in Paris: waiting for the French revolution… 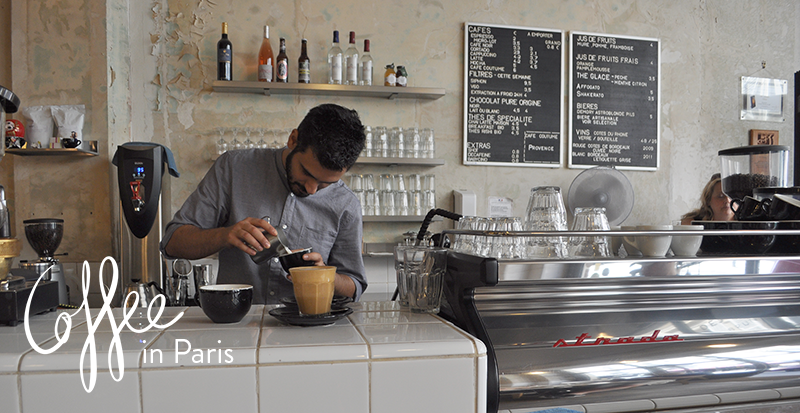 Perhaps one of the most well-known surprises in Paris is that, generally, the coffee is lousy. Despite the cliché of romantic cups of coffee across from le Tour Eiffel, the reality is that French coffee is simply bad.

It’s not all doom and muddy espressos though – a new generation of bearded café owners are seeking to change this, fiercely leading a charge with single-origin, locally roasted coffee.

However, I have to wonder whether the coffee revolution promised by the Parisian new wave is really going to change anything. Whilst the new cafes and roasters are undoubtedly a welcome breath of aromatic air, there is still a long way to go before coffee culture in France will change for the better. Even then – there’s a lot to think about how coffee culture should change.

The mediocrity of French coffee is somewhat surprising, given how much care is taken when it comes to almost every other aspect of French food – think about French bread and cheese, or take a walk around a market in Paris and you’ll know exactly what I mean. France is a country with an excellent food culture, characterised not by the number of high-end restaurants, but rather by the quality of their everyday produce. 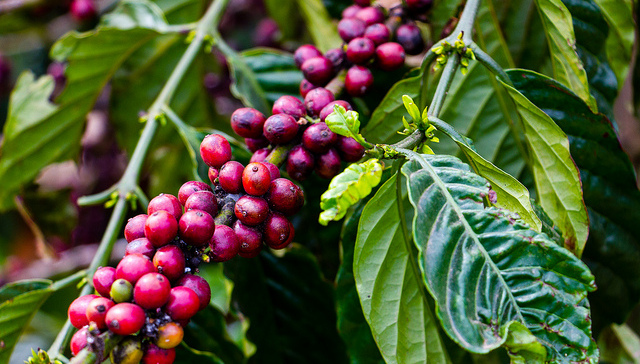 The reason for bad coffee in France is partially historic. French colonies in Vietnam and Africa mostly produced Robusta beans, a robust (no pun intended) variety of coffee known for a harsher and muddier flavour than the more expensive Arabica beans. To mask the taste of their inferior beans, the dark French roast was developed. Over time, the French palate has become accustomed to the stronger, harsher, flavour profile of Robusta coffee, taken with lots of sugar and used primarily as an excuse to linger in their excellent cafes.

Coffee in Paris: not just the beans

Another reason is the domination of large, industrial coffee houses: for example, Cafés Richard, who dominates the Parisian coffee market. Similar to how the Italian coffee brands operate in the coffee-loving Australian city of Melbourne, coffee machines, cups, and sugar sachets are offered for free in exchange for serving their coffee exclusively. The great failing here, I believe, is not in the quality of the beans, but a complete failure in training, education, and enforcement about how coffee should be prepared.

Coffee in France is badly treated at each step during the preparation process (for those unfamiliar with how an espresso should be prepared, here is a good summary). Coffee beans are ground en masse early in the morning, quietly losing their flavour and aroma throughout the course of the day.

When placed into the (unwashed) porta-filter, the now-stale ground coffee is given a cursory tap (if any) with a coffee tamper before being thrown into the espresso machine. If milk is ordered, UHT milk will be steamed to thermonuclear temperatures (and watch the price triple if you ask for a cappuccino or café au lait because, frankly, only tourists do that).

The result? Watery, tepid coffee, weak in flavour but highly bitter and with loose coffee grinds floating in the bottom. Delicieux! Ultimately, the quality of the beans is completely irrelevant if there is no care taken during the preparation – imagine taking the finest cut of dry aged, grass fed steak and cooking it in the microwave.

Whilst Paris has a lousy coffee culture, the city has an undoubtedly excellent café culture. The New York Times correctly identified that, the “point of a Parisian café isn’t really the coffee.” There’s a uniqueness to the Parisian café that’s instantly recognisable, and often replicated in ‘French’ cafes all around the planet – a cosy social hub, filled with character, life, and warmth, and perfect for people watching with a glass of wine or a cup of coffee.

The problem with the new coffee movement in Paris is that it is indistinguishable from coffee movements all over the world: there’s a distressing uniformity to these cafes. Step into a speciality coffee shop in Berlin, Paris, Melbourne or Stockholm, and you’ll be hard pressed to tell the difference – down to the English menus, Macbooks and at least one Australian barista. As Paris by Mouth has noticed, each café offers “cup after filtered cup of Belleville Brûlerie coffee in shops with minimalist décor and anglicised baked goods, typically from Emperor Norton…” 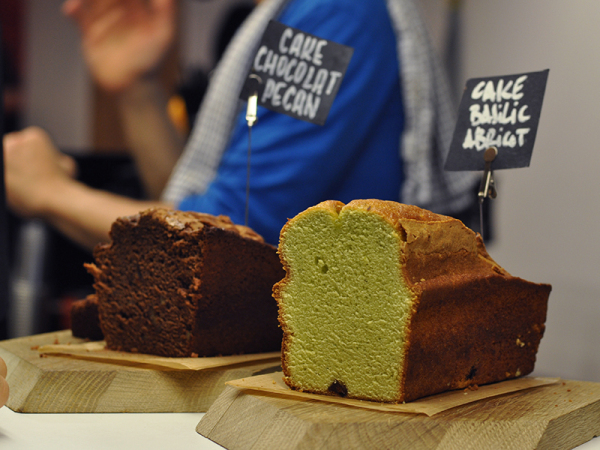 The uniformity problem goes beyond décor to the food as well. Aleaume Paturle, the co-owner of Café Lomi, said it well in his interview with Slate magazine: “we should be using our terroir, using the ideas of French food and combining them with coffee shops… it’s not just about using local products; it’s also about making local recipes with local products.”

His comments strike at a fundamental truth: Paris is a city with some of the best baking traditions in the world. Despite persistent comments about how food culture is under threat in the city, the undeniable reality is that there are loads of great places for baked goods where coffee is terrible or not offered at all.

From the sublime, flaky, croissants at Blé Sucré, to aromatic chocolate and pistachio escargots from Du Pain et Des Idées, life changing praliné millefeuille at Carl Marletti, to pretty much everything from Pierre Hermé, the city abounds with amazing pastries and cakes that would be the perfect accompaniment to a great coffee. Yet despite all these options, step into any speciality coffee shop in Paris and you’ll be offered… banana bread.

A revolution still in the wings 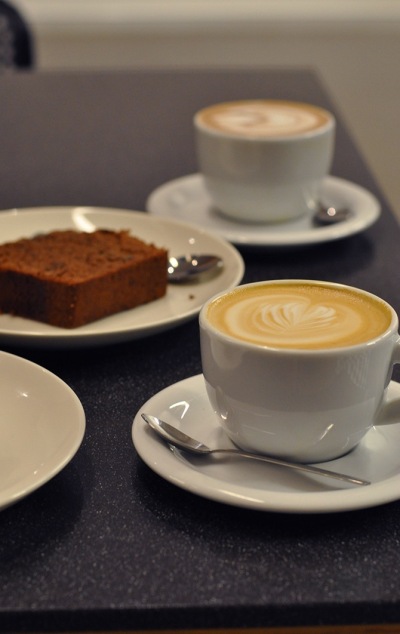 At the moment, Paris stands on two polar opposites of the coffee spectrum. At one end, propped up against a beautifully dented zinc countertop and with the characteristic gruff but charming service, stands the burnt, watery, and poorly prepared French coffee.

At the other end, hipsters with perfectly groomed facial hair, colourful tattoos, and skinny jeans espouse the virtues of single-origin, locally roasted filter coffee with a slice of banana bread.

Fundamentally, what I want is the democratisation of good coffee, very much in the way that the French have democratised good bread.

By all means, single-origin coffee should be available to those who want it and by those who are willing to pay the price premium for it – but at the end of the day, there is nothing wrong with a freshly roasted house blend coffee, prepared with care and a touch of love. Good coffee shouldn’t be exclusive, expensive, and limited to ‘Those Who Know’.

What France needs is not specialty coffee, but everyday coffee which is consistently good, widely available, and something of which the French can ultimately take cultural ownership and pride. It should be a coffee movement that doesn’t aim to target a niche market, but rather one that wants to displace the existing coffee that the everyday Parisian drinks in the morning.

A true coffee revolution shouldn’t aim to supplant French café culture, but just the coffee itself. It should embrace the uniqueness of French culture, borrow from global trends, and use the two aspects to create something that is new and uniquely French.

What are your thoughts on the emerging French coffee culture?  Do you think that this is the coffee revolution the city has been waiting for?