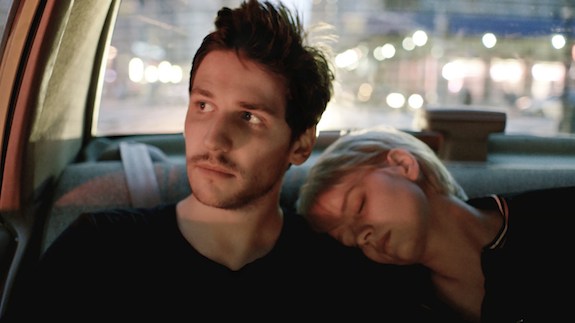 The Alliance Française French Film Festival is currently on in Australia, showing a huge range of films across all genres. If you have an interest in the French music scene, or are nostalgic for Paris in the 90s, I highly recommend you check out ‘Eden’.

Based loosely on the life of DJ Sven Hansen-Løve, this drama was directed by Sven’s younger sister Mia, and co-written by the pair. It follows Sven’s fictional counterpart, Paul (played by the adorable Félix de Givry), over two decades of his life, as he tries to make it in the Parisian music scene and create his own Eden on earth.

Oui, this movie contains Daft Punk. Parisian DJ superstars Guy-Manuel de Homem-Christo and Thomas Bangalter contribute not only to a large portion of the soundtrack, but to one of the movie’s running gags. Throughout the film we see the duo turn up at club entrances, insisting to be on the guest list to a less-than-impressed bouncer, only to be saved by someone at the last minute hissing, “Let them in! That’s Daft Punk!”.

The inclusion of Daft Punk as secondary characters could detract from the interest in Paul’s storyline, but it doesn’t. If Paul is ever jealous of Daft Punk’s success, it doesn’t show. Perhaps it’s a sign of his absolute self-absorption, but there’s something nice in the way in which Paul genuinely admires Thomas and Guy-Man for their hard-earned success.

The movie’s title, ‘Eden’, comes from an early – and perhaps the first – electronic music magazine, ‘eDEN’. A fanzine created in 1992, eDEN receives a nod in the film when Paul and his friend – and future DJ partner – Stan purchase a fanzine at one of the early underground raves we see them attend.

‘Eden’ portrays a very real time in Paris’ history, one that many people lived through and will re-live nostalgically in this film. While many aspects of the movie may be fictional, Parisian institutions ‘Cheers’ and ‘Respect’ keep their real names. Any viewers that are too young to have experienced the height of Garage House (and we see the decline of that style as the movie plays out) will still identify with the scene through ever-relevant Daft Punk.

At first, ‘Eden’ may sound inaccessible to those not in Paris in the 90s, but it addresses broad enough concepts to be touching to all audiences, with universal themes of love and aspiration driving the film. ‘Eden’ not only refers to a fanzine, but to the paradise that Paul attempts to create through music, relationships and drugs. His inability to self-discipline and evolve, however, sees Paul’s return to harsh reality, much like Adam and Eve’s ejection from the garden. 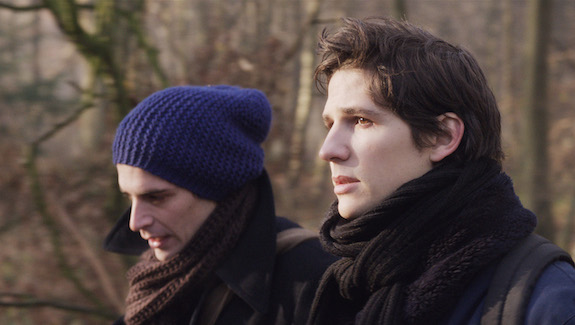 Moving on: Garage House as a personal history

‘Eden’ tends, at times, to feel more like an autobiography than a well-crafted drama. There are some characters and storylines that seem to appear and disappear almost from thin air, as if we are skipping through the pages of Paul/Sven’s diary. In fact, the movie tends to travel through the two decades by jumping ahead every two or three years.

Without giving away any spoilers, we see those around Paul progressing with their lives in various trajectories, while Paul remains fairly stagnant. This is definitely one of those movies where you start wondering very early on how it could possibly end. Pour moi, the ending was simple, poignant, and utterly heart-shattering. The simplicity of Paul’s breakthrough is juxtaposed against what it means for his life’s progression. 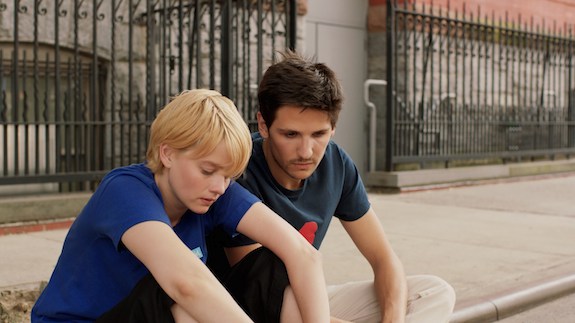 While there are a few small aspects that let the movie down – Greta Gerwig, for me, felt painfully awkward as Paul’s American muse, Julia – overall, it’s beautifully made. Pauline Étienne, who also stars in ‘Tokyo Fiancée’, is fantastic as Paul’s long-term on/off girlfriend Louise, and Roman Kolinka is heartbreaking as Paul’s troubled friend, Cyril.

Whether you’ve lived in Paris in the last two decades and feel like some nostalgia, you’re a fan of Garage House or Daft Punk, or you simply want to watch as our protagonist stumbles through his life with alarming relatability and honesty, I highly recommend catching ‘Eden’ at the Alliance Française French Film Festival while you can.

Have you seen Eden? Have you lived through any of the real-life Parisian dance scene? Join the conversation below!