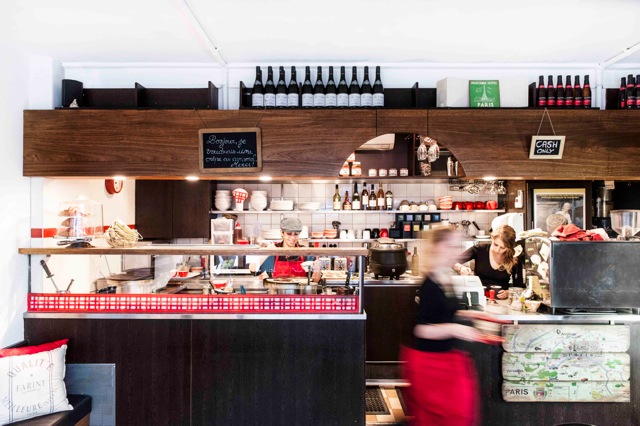 Who would’ve thought that a newspaper stand would become Melbourne’s tiniest crêperie?

Patrizia recalls falling head over heels for France’s deliciousness, begging Michael to take her to as many crêperies as possible, all the while discovering a passion for the perfect French crêpe and galette.

After globe-trotting and pleasing their palates together, Michael was lured in by Patrizia’s hometown and its vibrant city culture. The couple then settled in Melbourne and followed their dream of opening their very own crêperie and bringing a slice of France back home. 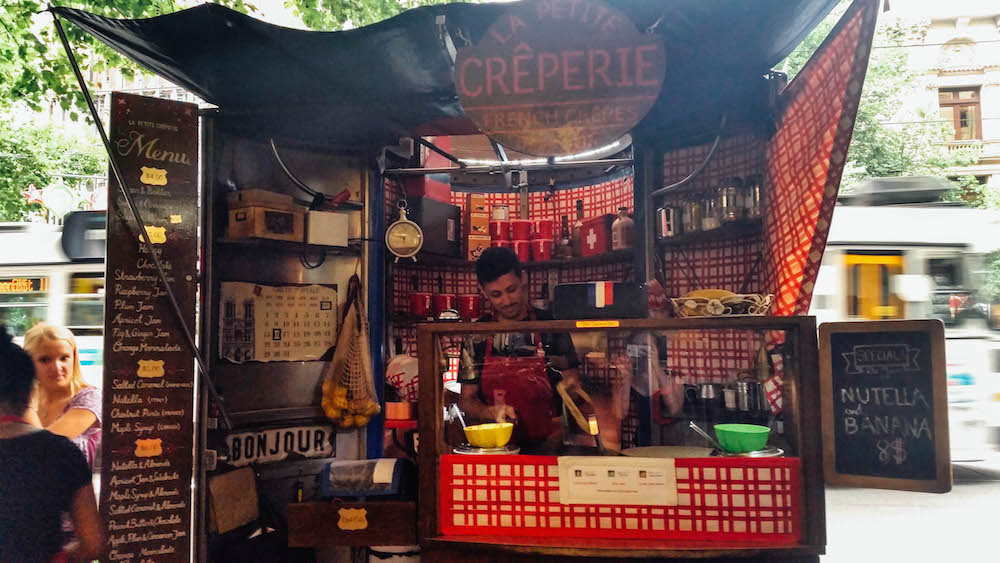 In 2008, Michael and Patrizia opened La Petite Crêperie, Harware Lane (formely Crêperie Le Triskel), for those who like to pair a crêpe with a café au lait à la main. Here they lean towards a savoury affair, paying homage to their French expeditions.La Petite Crêperie serves their famous Bretagne-style galettes made from buckwheat flour – a must-try if you haven’t headed down savoury lane.

The duo then stumbled across a rundown newsstand between Little Collins and Swanston Streets, and after much needed refurbishments and ‘Frenchifying’, La Petite Crêperie was open for business. Melbourne was hooked on their brand of ‘street food’ à la française; the French population was only growing stronger and the Crêperie’s fast and furious crêpes were clear winners.

It’s easy to miss La Petite Crêperie in a sea of suits whizzing past the footpath, but a sweet tooth wouldn’t dream of missing a taste test. On each flap of the stand flaunts a drool-worthy, affordable menu. There’s the iconic crêpe au nutella, the irresistible classic sucre et citron, and for those who have tried everything, the salted caramel crêpe will have your tastebuds a-tingling.

Michael and Patrizia run both businesses like well-oiled machines, sharing both the day-to-day stresses and the work behind-the-scenes. From ordering top-notch French ingredients for their staff to whip up into magic, to planning out for the future for the Crêperie brand, Michael and Patrizia toil hard to keep their customers coming back for the real deal.

And it’s not just the food that’ll remind you of France. With an all French or French-speaking staff of qualified crepiers, crêpes made fresh to order and nostalgic musique française humming from the stereo, La Petite Crêperie have the whole French package.

Have you been to La Petite Crêperie? What was your experience like? Tell us where you find your crêpes in Melbourne!

Want more French in your life? Click here to go in the draw to WIN the ultimate French day in Melbourne!