Is France becoming more tolerant to individuality in the workplace? 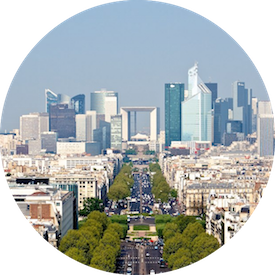 Since June this year, the French national police have been authorised to have beards and tattoos. Before this, tattoos and beards, which have for a long time been associated with sailors, criminals and the outcasts of society, were forbidden.

The new law states that beards must remain “clean cut” and tattoos must not display racist, political, religious or xenophobic characteristics. The supporting argument behind the right to tattoos and beards was that if we want a police force that is close to the population, it must adapt to the evolution of society. Does this mean France is becoming more tolerant towards unconventionality in the workplace?

France has strict rules against any form of workplace discrimination. Article 1 of Law no.2008-496 of 27 May 2008 of ‘Le Code du Travail’ prohibits the discrimination against an individual on the basis of his or her physical appearance, amongst other things. Despite this, in practice, an employee can still be asked to abide by certain rules, for example covering up large tattoos.

But does France differ from other countries on this issue, and in what ways? I talked to Valentin, an intern at La Banque Populaire, about the attitude towards beards and tattoos in the banking world in France, and how it compares to attitudes in other countries.

“In France, discretion is valued in the workplace,” he said. “I think the UK is a lot more open-minded and more likely to employ a person with his own style, [but] France is more conventional, at least in certain lines of work.” He added: “tattoos and piercings are seen as radical and their owners as risk-takers, and long beards are considered untidy, and suggest that the person neglects his appearance.” 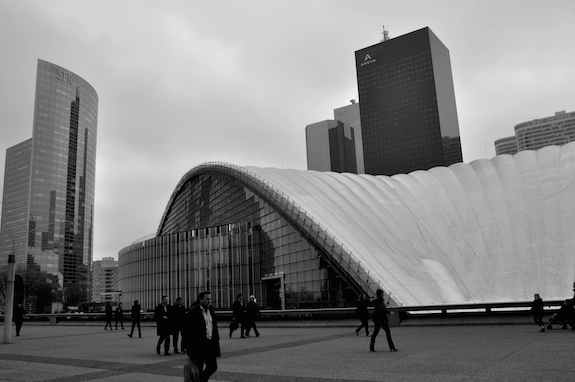 I think the UK is a lot more open-minded and more likely to employ a person with his own style, [but] France is more conventional, at least in certain lines of work.

Despite this, Valentin says he plans to get a tattoo in the near future, “but only in an area where it can be easily hidden.” Elsewhere, a 2010 survey by Ifop states that 10% of French people have tattoos and that one out of five of these people belong in the 25-34 age range.

How “normal” must a French employee be? 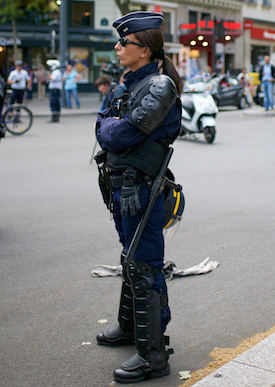 In most professions that require close interaction with clients, such as banking, hotel work or flight attending, there is an expectation to uphold a reputation by keeping a neat appearance – and this almost always means hiding tattoos. In short, it seems that most employers seem to have an idea of what “professionalism” is, and beards and tattoos aren’t part of it.

But it’s hard to say from this whether French employers don’t abide by the rules put in place to protect people from discrimination in the workplace. A potential employee who is refused a job would not be able to prove that he was rejected because of his physical appearance, unless the employer told him so. This has led to the rise of the anonymous CV in France. Applicants may send a CV without a photo, however, as many point out, this does not guarantee that discrimination would be prevented at interview stage.

Are French employers respecting the law?

Despite French law prohibiting discrimination based on physical appearance, it seems that employees still have to abide by certain appearance-related rules in the workplace. And with only a small amount of the French population declaring ownership of a tattoo, it doesn’t look like France is becoming more open minded towards unconventionality.

However, with most French tattoo owners belonging to the younger generations, this could be set to change in the near future. Perhaps it is time for France to celebrate individuality in the professional world, while keeping in mind its national motto of “Liberté, Égalité, Fraternité”.

Does hiding tattoos and trimming beards clash with France’s ‘Code du Travail’? Have you experienced workplace discrimination? Let us know in the comments below, or send us a tweet!