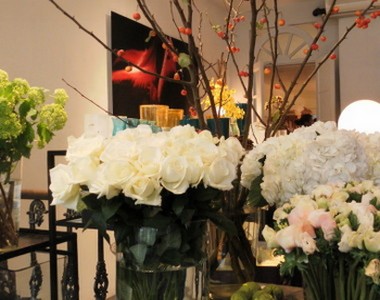 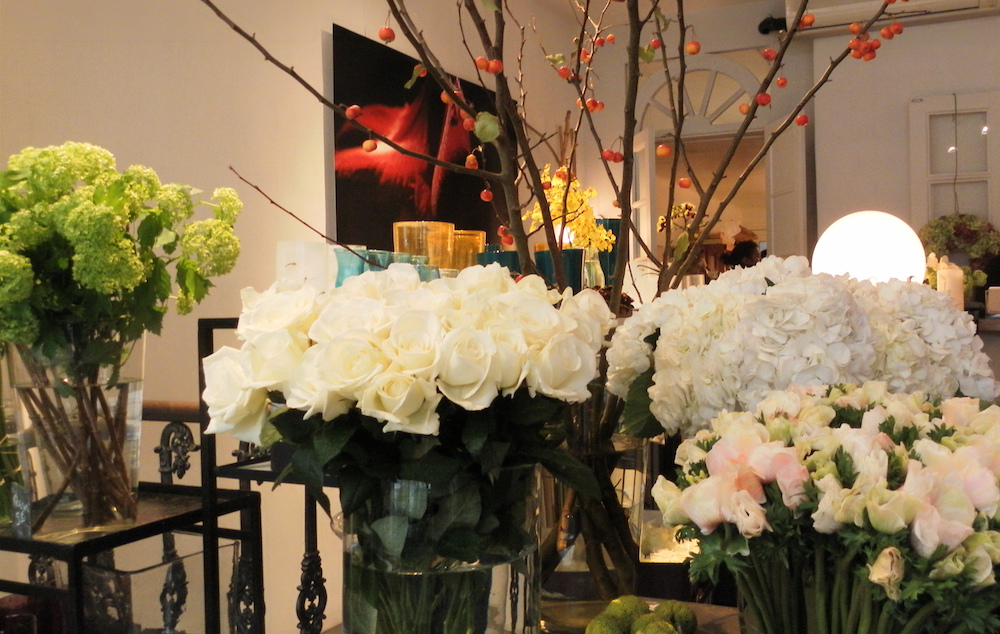 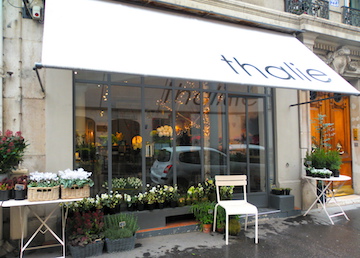 is an atelier boutique, a florist in Paris, on the rive gauche. One of the many delightful artisan floristry businesses that characterise Paris, it stands as part of a beautiful building on rue Saint Jacques in the 5th arrondissement.

Sitting below the painted balustrades of the apartments above and framed by intricate stone carvings on either side, the store is as bright and welcoming as its fresh floral displays.

On the day of our visit, white flowers in pots outside bobbed in the breeze, beckoning us off the rainy street. Inside, the store twinkled with fairy lights and the sweet smell of pollen lingered in the air. Pale pink roses, deep purple orchids and sprigs of spring greens sat on either side of the walkway that leads to the till, where we met the team.

Pascale Leray, the chief florist and owner of Thalie, is a cheerful woman. She has owned her business since 1985 and is a true artisan – her flowers have previously been chosen to brighten up the home of French interior designer and columnist Isabelle Cadd. Clients have described her bouquets as the most beautiful flowers of Paris, “elegant, fresh and always in season”.

With an energetic team on hand to help, Pascale was happy to take a moment to share with us the delights of owning an artisan floristry business, and talked with passion about how she chooses les fleurs that make up her bouquets. When we asked her to pose for a photo, she laughed and requested a moment to fix her hair.

It’s artisans and entrepreneurs like Pascale who inspire us at MyFrenchLife™, and so we are excited to be able to share her story with you. 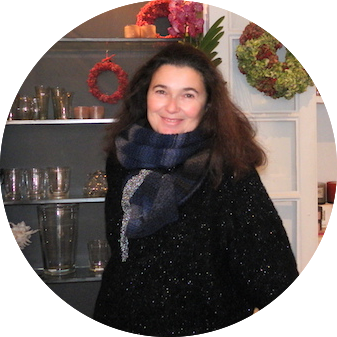 What made you choose this profession and how did it become a reality?

This flower shop is in my name, and it’s a personal business that has existed since 1985.

Before, I worked on behalf of others. It was a different era. All the flowers were the same everywhere and I wanted to set myself apart from the rest, to offer something different. The flowers, the colours, and the flower arrangements were always the same no matter the boutique.

It was a different era. All the flowers were the same everywhere and I wanted to set myself apart from the rest, to offer something different.

I wanted to sell and create hodgepodge arrangements – less properly arranged, something more original. As a result, I launched my own business, and I started to sell bouquets that I love and that you don’t find elsewhere.

What is the favourite moment of your workday?

What I love about being a florist is that we can change the flowers many times a week, according to our desires. I change the colours, the flower arrangements, and what’s really great: all the seasons are different. There’s a lot of variation.

What is the major factor that has contributed to your success?

I believe that it’s due to the fact that I want to make something that stands out – something a little more natural. To succeed in this profession, you absolutely need to be creative. Of course, you also need to be dedicated, because there are long days – officially, we’re open between 10am and 8pm, but often I get up at around 5am to prepare the flowers. 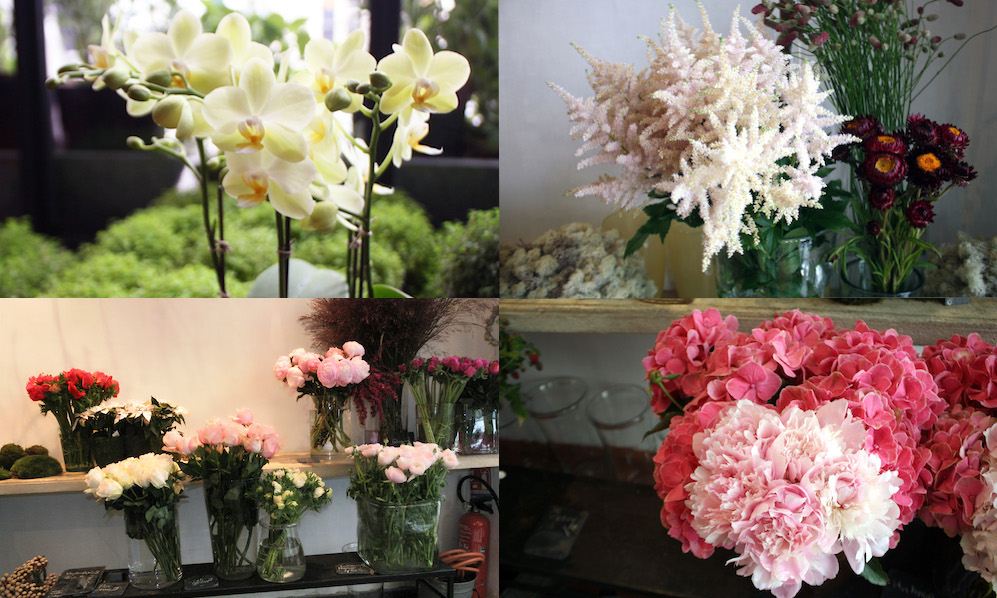 Do you have an anecdote to share on the social aspect of your work?

Foreigners often think that the French are romantics, which, to them, explains all the flower shops in France. I believe that it’s just an image.

Unfortunately, I think that with the economic crisis, we haven’t had the means to be romantic, to find enough money to have a budget for flowers, chocolate, all of that. Now, we’re becoming romantic in a new sort of way. There’s a trend that has materialised around the values of ‘eco-friendly’ and ‘organic’ – terms we’re using as we start to revive our houses and our gardens. Today, there are people who come everyday, and others who come every fortnight. 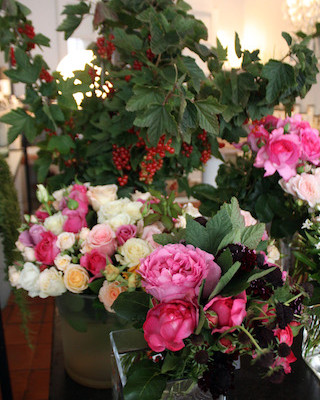 Which creation are you most proud?

It’s certainly not the response you’re looking for, but I built a house in the countryside. It’s really a ‘new generation’ house, as it consumes less energy. I really wanted to make the most of the countryside, and to have a little more space. I often spend my weekends down there to enjoy the nature and the flowers.

Which flower do men prefer for their wives?

I don’t do marketing, and I only buy what I want to see.

Do you have a favourite neighbourhood address to share with our readers?

I don’t drink too much at night, as I’m often too tired after having worked from 5am, but I really like pretty places with an ambience that one might find in the Marais or, for example, at Ladurée.

Have you visited any other florists in Paris? Which flowers are you favourite? Share your photos with us on Instagram @MaVieFrancaise

March 22, 2020, 06:24 pm
John Orian on MyFrenchLife 'live'* resource page for your personal creative pursuits & projects during COVID-19 isolation
"BELOW IS A COPY OF AN EMAIL SENT BY JOHN ORIAN for all. Hello Judy;..." Read more March 20, 2020, 12:04 pm
Kathryn Occhipinti on Learning French: How to master reading in French!
"Great advice over-all. Although I have to say that since French is not phonetic, I've..." Read more