Travels in the Cevennes: le chemin de Stevenson (without the donkey) 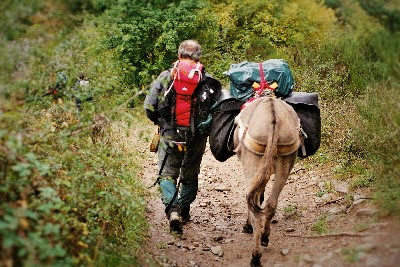 Exactly 140 years ago, a difficult donkey and a romantic Scot set out on a tempestuous journey across one of the wildest parts of France. 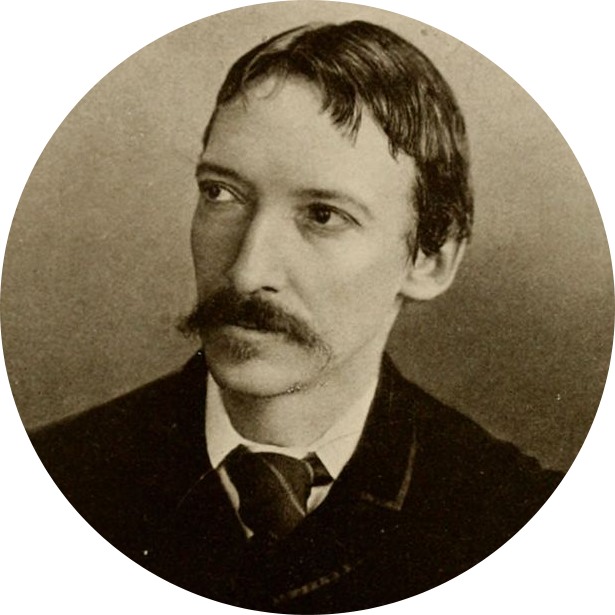 The donkey was called Modestine. She was sold to him for “a handful of francs and a glass of brandy”. The Scotsman was a writer. He turned his journal into a remarkable little book, which he sold to a publisher for 20 pounds. ‘Voyage avec un âne dans les Cévennes’ is considered by many to have set the scene for future travelogues and guidebooks.

Robert Louis Stevenson went on to write trend-setting adventures like ‘Treasure Island’ and ‘Kidnapped’ – and then the classic horror story, ‘The Strange Case of Dr. Jekyll and Mr. Hyde’. 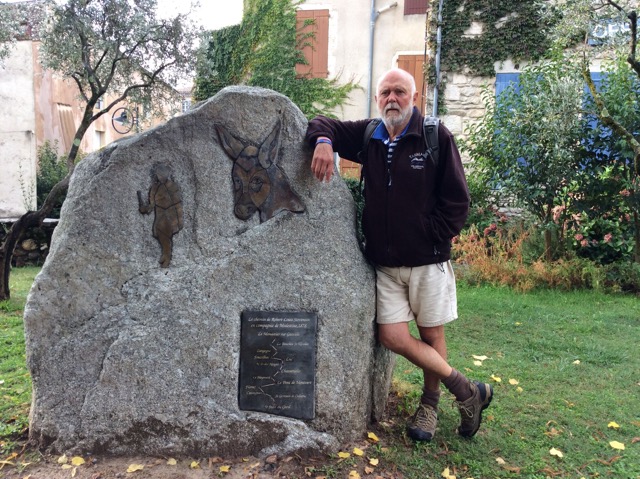 In September 2016, exactly 140 years after Robert Louis Stevenson acquired his donkey, my wife Lynne and I began to retrace their footsteps. We started in le Monastier-sur-Gazeille, where Stevenson began his travels with Modestine.

Le Chemin de Stevenson – or the GR 70 – passes through the Haute-Loire, the Ardeche, the Lozere and the Gard. It’s great walking; across rugged, remote and beautiful country.

Stevenson was born a Protestant, but by the time of writing ‘Voyage avec une âne’, he was obviously agnostic or atheist. However, he was genuinely interested in religion and delighted in theological discussions and debate.

Adventures along the way

One of the highlights of the book is Stevenson’s description of his meeting with a Trappist monk who was at work in the forest near his abbey, Notre-Dame-des-Neiges.

Despite his order’s preference for silence over conversation and their discouragement of idle talk, Father Appolanare engaged Robert Louis Stevenson in a long discussion. But when they got close to the abbey, a bell sounded and the monk’s demeanor changed immediately. “I must not speak to you down there,” he exclaimed as he ran off shouting over and over: “I must not speak, I must not speak.”

A dark history of the Cevennes 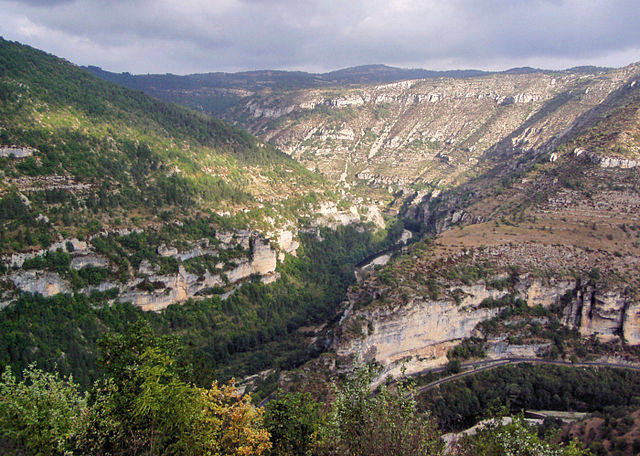 In the Cevennes, despite centuries of bloody rivalry, Stevenson was encouraged by the harmony he encountered between Catholics and Protestant Camisards (Occitan for the linen smock worn by the peasants).

In 1703, during la guerre des Cévennes, the Hugeunots rioted, burning Catholic churches and killing clergy. In retaliation, over four hundred of their villages surrounding Pont-de-Montvert – where Stevenson spent the night – were razed to the ground and their populations wiped out by the King’s troops.

Modestine was judged unfit to travel when Stevenson reached Saint-Jean-de-Gard. He writes: “eager to reach Alias for my letters; and being in a civilized country of stage-coaches, I determined to sell my lady friend…” But not long afterwards, he says: “rattling through a rocky valley of dwarf olives…I became aware of my bereavement.” In the coach full of passengers, he wept unashamedly.

We too finished our trek where Stevenson ended his. It was time to get back home to the Lot-et-Garonne, and time perhaps to think about reading (or reading again) some of Robert Louis Stevenson’s books.

Have you ever crossed paths with le Chemin de Stevenson? What are your ‘must do’s’ in the region? Let us know in the comments!