‘Constellation’ by Adrien Bosc explores the true story of the 1949 disappearance of Air France’s plane ‘Lockheed Constellation F-BAZN’ and the famous passengers on board.

Winner of the Grand Prix du roman de l’academie Francaise, the novel looks at how this plane vanished only seconds after the pilot claimed he had an airfield in sight. Ultimately the series of seemingly insignificant instances that led up to the crash hint at how mere chance led to the grim fate of so many people.

Bosc delves into the lives of the passengers, tying together their destinies and offering to “these thirty-eight men and women, like so many constellations, a life and a story.” Lured by the idea of the mysterious fate of an aeroplane named after the stars, I opened this book to find the unexpected. “Part fiction, part historical investigation, and part tribute…” as put by Le Figaro, I was pleasantly surprised.

The novel’s chapters alternate between activity on the plane before the crash, the aftermath, and the intricate lives of many of the passengers on board. The sheer number of characters made it difficult to keep track of who was who, but the author successfully brings to life the past of each person.

Bosc unravels the childhood of musical prodigy Ginette Neveu whose tattered violin was found years later and the genius of Kay Kamen, salesman and business partner of Walt Disney. He reveals the personality of Marcel Cedan, famous boxer and lover of Edith Piaf and of Amelie and the story of a yarn spooler who was flying to the United States to inherit her godmother’s nylon business. Among others on the aircraft were the five young Basque shepherds who have never before left their valley in the Pyrenees.

Constellation: fate among the stars?

Bosc has a unique writing style: a mix of dry prose, tiringly long epithets and sudden poetic phrases. “The silence you hear when, once at least, you make a night crossing, a deafening silence, massive, a sky that is empty and filled with stars, a paradox.” ‘Constellation’ is a fast paced, intriguing book, but very literary and almost academic. I took me a long time to get into it, as it reads almost like non-fiction or a detailed research account. It is clear that the events that inform the plot have been researched meticulously, but some parts seems unrelated to others and it is unclear what their relevance is to the topic. 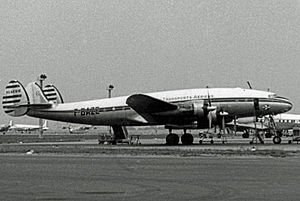 ‘Constellation’ is what some would call a typically French novel – intellectual and philosophical. Why do some planes go down, killing everyone on board, and others do not? How do some people take the decision to get on a doomed plane at the last minute, while others with reservations are delayed and spared? Are our deaths planned out by fate and aligned with the stars, or are they merely accidental?

This is what Adrien Bosc explores in Constellation, and he does it very well. The book is not a page turner, but it is thought provoking and makes an interesting debut. By telling the stories of those who cannot be here to tell them, Bosc invites us to ponder our own destinies and ask ourselves if it is fate or coincidence that it is at work in our lives.

Have you read ‘Constellation’? Do you think it is more literary novel or historical investigation? Let us know in the comments below!