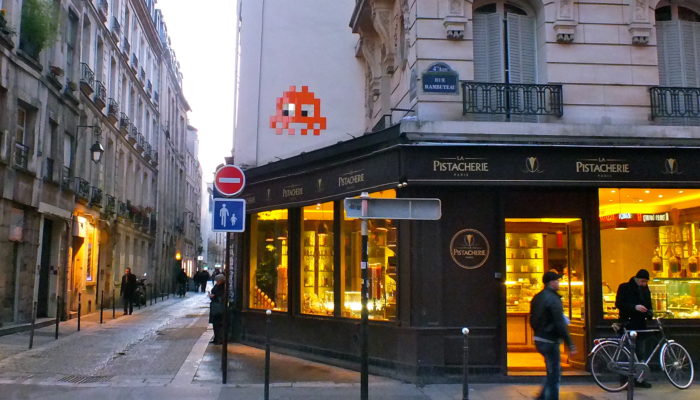 Paris has acquired the reputation of the ‘City of Art’ amongst many other titles. While it is home to the world-famous Louvre and Musée d’Orsay, art is not confined to museums. The decorated city streets prove art is everywhere! It is a powerfully creative and lucrative force. Paris now hosts many urban art walking tours and workshops. A central figure in this world is…  Invader.

Invader’s distinct work modelled on the mosaic pixelation of the 1970’s video game ‘Space Invader’ and his incognito identity have captured national and international interest and intrigue. Let’s dive into this artist’s secret profile…

The streets certainly are alive in Paris. Wherever you go, art decorates the urban landscape.

Take a promenade around Belleville or a wander along Canal de l’Ourcq and you’ll be sure to find hidden artistic gems to brighten your day. The urban art movement which has grown immensely from the 1960s. Street art is being recognised more and more for its artistic merit and social and political resonance.

Many urban artists are now crossing boundaries into museums and galleries. 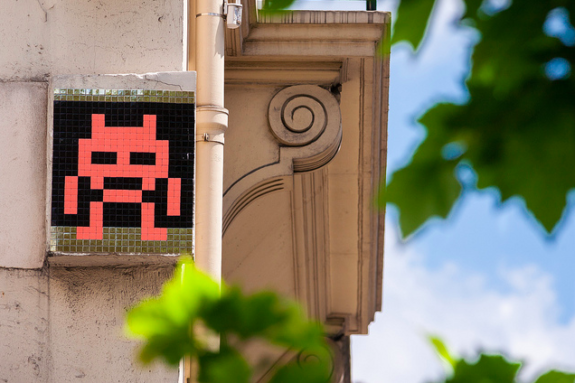 The French urban artist Invader signature retro game mosaics appeared in Paris in the 1990s. He then spread his work in other French cities, as well as other overseas locations. His work became instantly recognisable by locals and travellers. But due to his preference of working incognito, little is known and much is speculated about this mystery maker. 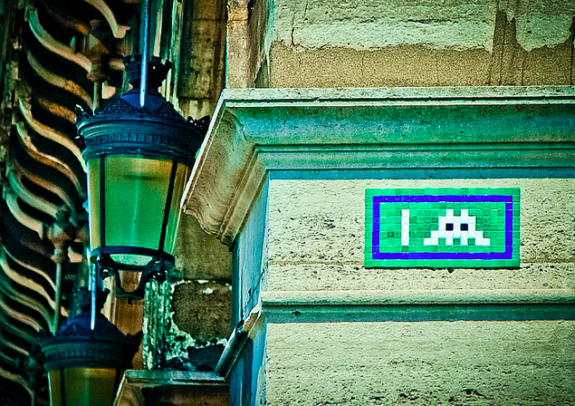 Invader’s name stems from his style of installation and titles each artistic intervention into a city or historic location as an ‘invasion’.

More than simply design, this raises interesting questions about the significance of contemporary art and the functioning of public urban space. In a revealing and rare self-interview on his website, Invader discusses the purpose of the project:

It is about freeing the Space Invaders from their video games and bring them into our physical world. Each of these unique pieces become the fragment of a monumental installation. The goal is to increase my score by continuously and restlessly invading new spaces.”

In my own eyes, they are the perfect icons of our time, a time where digital technologies are the heartbeat of our world.”

I like the concept of decontextualizing art to bring it to the streets, to surprise everyday people, while constantly creating new pieces. This project, I hope, will leave a print not only on the streets but also on the minds.”

Is it difficult to spot Invader’s installations around Paris? 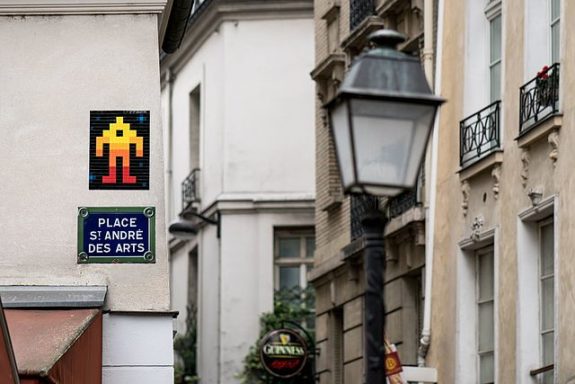 Here’s a tip: they are often above street names. Some of my favourites are:

Images of my favourites and much more are documented on the Invader Instagram page. 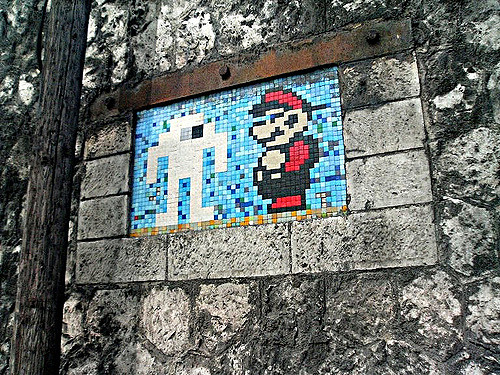 The momentum of the street art movement and the popularity of Invader shows no signs of faltering. Interestingly this is the case despite the nature of his modus operandi sometimes leading to unwanted interactions with authorities and legal troubles.

Earlier this year, suspected thieves posing as construction workers stripped some of the valuable mosaics for the walls of Paris. In turn, this bolstered support for city and world ‘invasions’ and a reclamation of the streets.

In the words of Invader himself: “Game is not Over!”

Have you spotted the Invader art in Paris and beyond? Share your favourites in the comments box below.