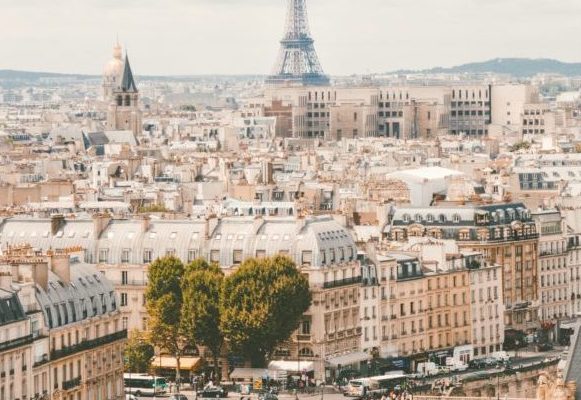 The novel details the exciting and innovative developments of Parisian 19th-century life and retail. The legacy of Zola’s writing and the luxury all-under-one-roof reputation of Le Bon Marché stands strong today.

Tracking the similarities and developments between today’s reality and yesteryears’ literature, let’s delve into the story of the Parisian grand magasin and contemporary Rive Gauche life.

Its narrow streets were drastically widened to the now classic huge boulevards. Haussmann’s renovation of architecture completely reshaped the landscape. Medieval neighbourhoods were demolished in place for new parks, avenues and bourgeois buildings.

The city was being radically modernised. 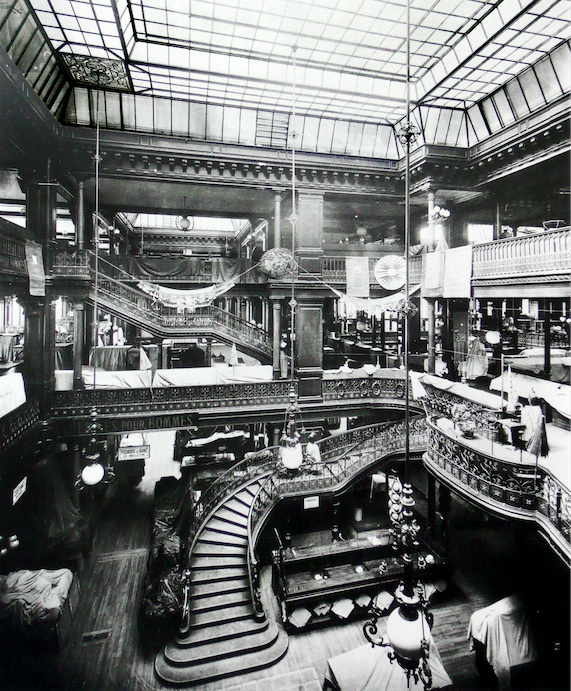 The rapid industrial change brought with it sometimes unsettling societal and social changes. The urban experience, as well as the landscape, was shaken. Due to developments in textiles and retail, there were visible symbols of wealth presented in the city, such as advertising, kiosks and the introduction of the department store. Life wasn’t so rosy for all.

The luxury all-under-one-roof department store Le Bon Marché was founded in 1838. It became the first ever modern French department store and profited greatly from this period of urban renovation. 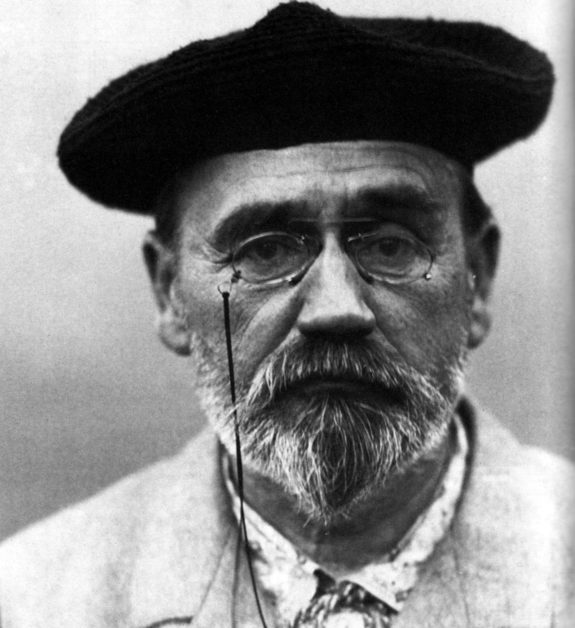 Zola’s novel, ‘Au Bonheur des Dames’, translated as ‘The Ladies Paradise’ represents the 19th-century fascination with documenting femininity,  in great detail, as an essential aspect in understanding societal changes. His narrative details many of the development of the age, such as mail order, in-house staff commissary, household goods and new methods of the theatre of fashion: retailing fashion.

… perhaps a metaphor which can be transferred to describe the lifestyle on the rive gauche today. Zola crafts images of the vast range of products sold under one roof, from hosiery to haberdashery, all excellent quality.

Le Bon Marché was a luxury playground for the newly emancipated Parisian bourgeoisie. 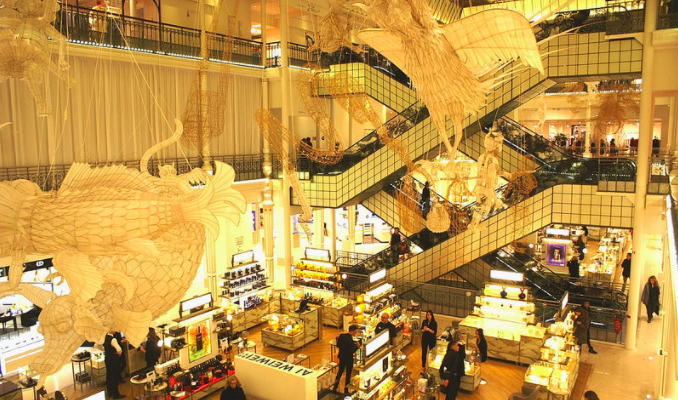 Arguably the most striking feature of Le Bon Marché in the 19th century and today is its timeless architectural design, particularly the exquisite staircases:

There are stark consistencies in the physical aspects of Le Bon Marché and the commitment to style and luxury, from Zola’s time to today. Perhaps epitomised by the ever popular grand épicerie de Paris, the Parisian department store remains a symbol of Rive Gauche life.

The setting of the novel is clearly a key feature, but it is also a story of love, consumer culture, changing sexual attitudes and class relations. 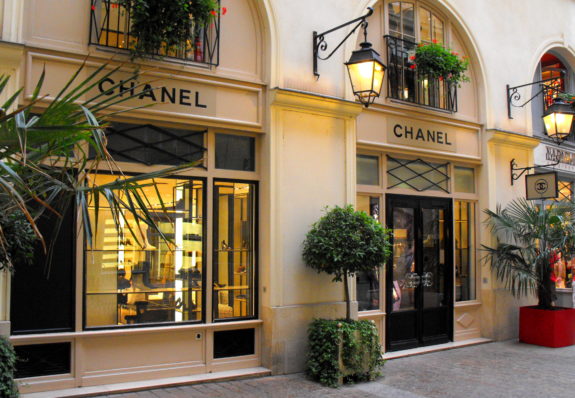 In light of this, present-day Parisian department stores can be seen to still represent the forces of capitalism and bourgeois class from that time.

As presented by the orphan Denise in the novel and the roles and living conditions of the workforce, it is important to challenge the less sparking aspects of retail which also stand today while celebrating the store’s rich heritage.

Do you think that Zola and Le Bon Marché significantly contributed to French life today? Share your comments in the box below.