This article is a member contribution by member Matt Harvey. 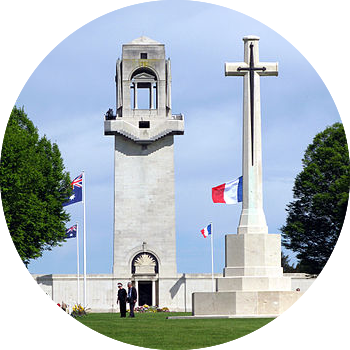 On 25 April 2018, the centenary ANZAC Day commemoration honoured the famous second battle of Villers-Bretonneux. It was during this battle that the Australians were to change the direction of the war forever. Let us not forget Villers-Bretonneux.

I recently got back from the ANZAC Day commemoration in France – including meeting Prince Charles. I was full of francophilia and thoughts about improving the Franco-Australian relationship.

I have been visiting Villers-Bretonneux since 1994 and have always dreamed of setting up an Australian Academic Centre there.

So, I am now faced with the reality of the new $100 million Sir John Monash Centre, offering a harrowing interactive experience,  commemorating the ANZAC experience of the Western Front.

It’s not quite what I had in mind – but it’s a lot better than nothing! 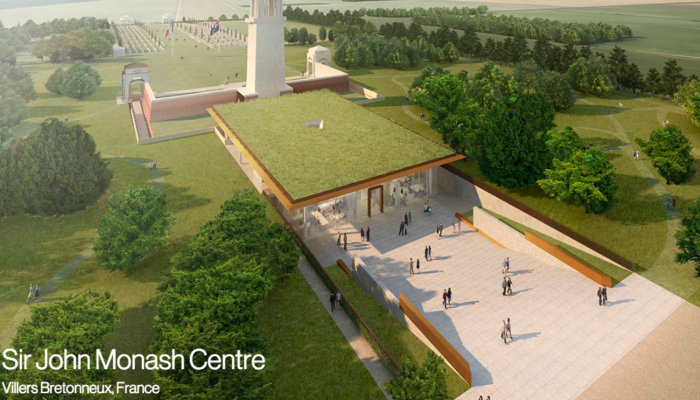 Villers-Bretonneux: the museum at the school

However, I hope that the tour guides won’t just go to the Centre and the Australian War Memorial, bypassing the village of Villers-Bretonneux altogether.

But it is a sufficient enough attraction to be a challenge to Villers-Bretonneux itself.

When there was only the War Memorial (outside the village), the attractions of Villers-Bretonneux were clearer: 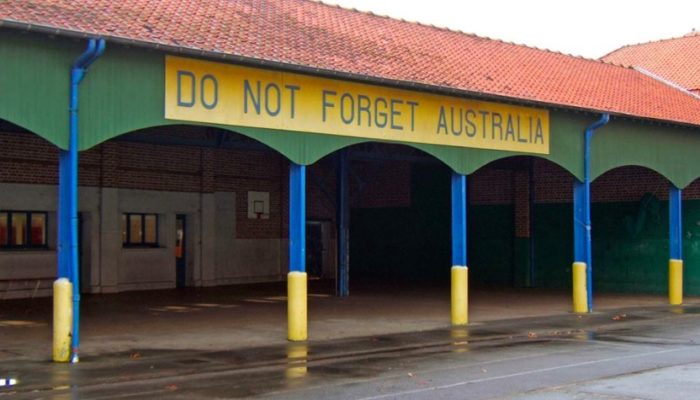 The Museum has retained its charm despite the makeover and is now well placed to be the museum of the relationship between Villers-Bretonneux and Australia, leaving the Sir John Monash Centre to concentrate on the war itself and the Australian contribution.

There is, however, the danger that the Museum will simply be outgunned.

But the most important connection is with the people. We must never forget them.

I am lucky to have friends in Villers-Bretonneux. My initial approach in 1994 was to make an appointment to see the mayor, then M. Lelieur. He introduced me to Michele and Didier Abraham.

Michele was a local pharmacist. Michele and Didier have been very hospitable to visiting Australians. Thanks to them, I have never had to find accommodation, which is just as well – as there is none!

When I first visited in 1994, there was the Hotel Victoria. I dreamed of buying it for my Academic Centre, but I had no money.

The tables were set for lunch, but it seemed to have been closed for some time. Eventually, it was demolished, and houses have since been built on the site. It may be that there is not sufficient demand for a commercial hotel to be viable.

After all, Amiens is only 18km away and has abundant accommodation. However, it would be great to have an Australian guesthouse, at least. 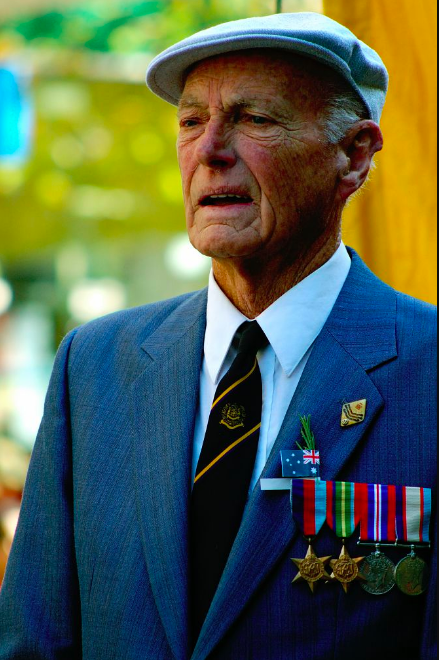 Villers-Bretonneux (with a population of 4,000+) is twinned with Robinvale in North-Western Victoria. While this is an appropriate twinning, Robinvale only has a population of 2,000, so it is difficult to sustain a strong relationship.

But Villers-Bretonneux also has strong links with Melbourne and Victoria, more generally. Nearly a century on, some of those links may have slackened. But anyone who has attended a Victorian State School will feel their heart flutter when they see the school in Villers-Bretonneux.

I hope many of the 8,000 who attended the centenary ANZAC Day commemoration this year will come back and also recommend it to others.

Have you ever been to Villers-Bretonneux? Do you think it’s an important aspect of Franco-Australian heritage? We’d love to hear your thoughts and comments in the box below.

This article was contributed by reader-member Matt Harvey – thank you Matt.

You too can provide the occasional article or suggest article topics as a member of MyFrenchLife™ – MaVieFrançaise®.
As a member, you too can submit content and also join the conversation through the comments section below.
To become a member make sure that you sign up! See the red button top right of this site.