Welcome to the ‘MyFrenchLife™ Member Interview Series’ – interviews with savvy Francophiles from all around the world capturing their passion secrets and tips, all about their life and their favourite places in France. 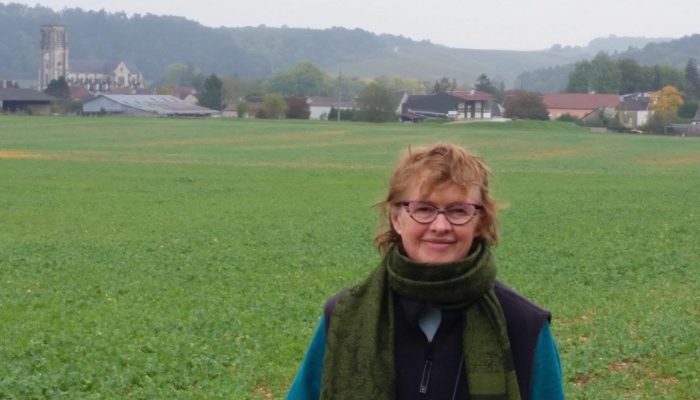 Janet is a writer, editor, writing coach, and teacher who divides her time between France and the United States. She writes frequently for France focused leading publishers and for her blog: ‘Writing from the Heart, Reading for the Road‘.

She created and has taught ‘Paris: A Literary Adventure‘ in Paris for the City University of New York nearly every summer since 1997, and since 2008 she has offered ‘Writing from the Heart ‘workshop/retreats in Essoyes, France.

Janet is the author of ‘Demystifying the French: How to Love Them and Make Them Love You‘ and coauthor of ‘Moving On: A Practical Guide to Downsizing the Family Home,’ and the blog ‘Downsizing the Home: Lessons Learned.

Now let’s hear from Janet about her life in France.

I’m not sure exactly when, how, or why I first became a Francophile: the roots are deep in my childhood, I think.

I grew up in the American Midwest, in Minnesota, in a milieu where hearing anything about France was very rare: and yet somehow I must have heard the language spoken, or gained an awareness that there was this place called France.

It may well have been through my Mom’s love of Broadway musicals, and the fact that we had a record of the Cole Porter musical, Can-Can.

I was also a big reader, and as a child I was fascinated with the story of Joan of Arc.

I’m sure there were other hints of this magical place called France that took hold in my imagination as well. Anyway, from the minute I knew it existed, I also knew I wanted to go there.

I began studying French as soon as I could, at the age of 14, and when I was 25 years old I finally made it there for the first time.

That sealed the deal!

I fell in love with Paris, with all of France, and with French culture in general: and I don’t think that will ever change…

My first trip to France 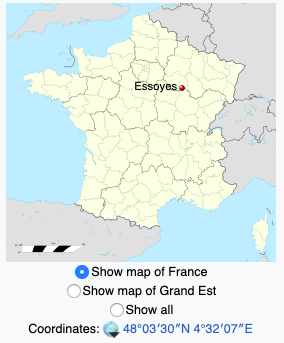 One of the first things I got to do when I arrived in France for the first time, in 1978, was to work as a grape picker during the harvest in southern Champagne, in a little village called Essoyes.

Eventually my husband and I ended up buying a home there.

The friendship with the family of vignerons is still alive and well, is very special to me, and has gone into a second generation now, the children of the vigneron, and our children having become friends also.

What I love about Paris

Oh, it is hard to answer this question.

I love so many things about Paris, but mostly I just love being there: walking along the Seine, or finding a nice bench in a park or a table in a café and whiling away the hours reading, writing, watching the world go by.

Looking up from almost wherever you are, and seeing beauty of various kinds; and hearing the lovely sound of the French language falling on your ears.

When people know I’m on my way to Paris and they wish me a good stay, my usual response is to smile and say:

Am I a different person in Paris?

I don’t think my persona is different in Paris than anywhere else: but I do feel like many of the things that are important to me – literature, art, music, stimulating conversation – are important to Parisians also, and in a similar way.

Therefore in Paris I feel somehow more free to be my fullest, best, happiest self, and to know that I am in the company of kindred souls.

I love getting to know different arrondissements over the course of time, depending on where I am staying.

Essoyes, which is the village I live in now, and which was the Renoir family’s summer home for many years, is very near the Burgundian border.

The landscape is beautiful: a mix of fields, forest, and vineyards, dotted with breathtakingly beautiful little villages. And big skies that remind me of rural Minnesota and Wisconsin as well.

My favourite places to eat 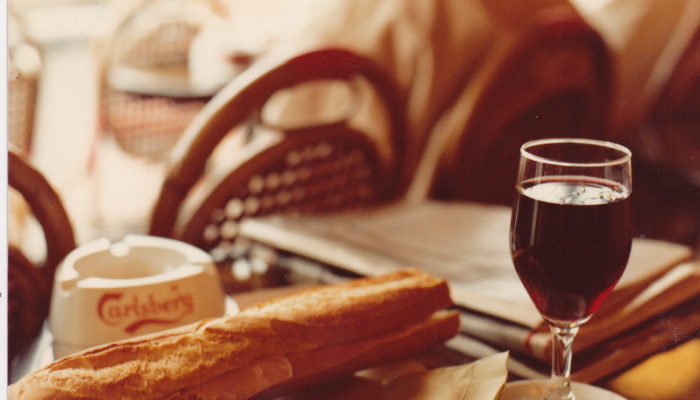 I am kind of famous (infamous?) for not being very good at answering this kind of question. I usually defer to friends of mine who know much more about food than I ever will.

For example, David Downie, who is the author of many books about French (and Italian) cuisine, including, most recently, “A Taste of Paris.” And Gary Lee Kraut, who is the editor of a wonderful online publication called France Revisited. Both of them are extremely knowledgeable about food and wine, especially about French food and wines.They are great resources for anything having to do with French cuisine.

My favourite places to walk off-the-beaten-track

My favorite strolling in Paris is in the beautiful Parc Montsouris, on the southern edge of the city, across from the Cité Universitaire. But my favorite ‘off the beaten track’ exploring is in and around Essoyes, including in Troyes, which is a fascinating and very beautiful city, and the departmental capital of l’Aube.

One of the special things about l’Aube in general is that while it is full of interesting things to see and do, it is relatively undiscovered; so it is blessedly free of the crowds that can sometimes compromise enjoyment of other beautiful and interesting places in France.

My best purchase ever!

Most definitely the home we bought in Champagne.

It was the first home we had ever bought anywhere (we were always renters before that, artists struggling to pay the rent, first in New York City, and then in Washington DC. Our family and friends thought we were a bit mad to take such a step:

The first home you’ve ever bought, and you’re buying it in a foreign country?

But it didn’t feel foreign to us: after spending so much time in France whenever we could for years and years, it really felt more like home than home in some ways…

Most years I teach a literature class in Paris during the month of July for the City University of New York, and one of the best things about that is being able to share my love of France with my students, and watch them fall in love with it too.

I love going to concerts in the churches of Paris.

I just went to one last night at La Sainte Chapelle, and a few days before that one at the Eglise St. Severin, and they were both wonderful.

But honestly my favorite ‘show’ in Paris is the passing parade as seen from a sidewalk café, or a park bench in the Luxembourg Gardens or the Parc Montsouris.

My #1 tip always is the importance of starting any interaction with a French person with the word “Bonjour.” (And preferably “Bonjour, M’sieur” or “Bonjour, Madame.”)

I go into this in more detail in the book I recently published that includes my most essential tips for enjoying time spent in France, whether as a first-time visitor, or someone who has settled in here semi-permanently and is still feeling occasionally disgruntled about ‘the French.’ It’s called ‘Demystifying the French: How to Love Them and Make Them Love You.’

And if you’d like to know more about Janet:

Janet very kindly added: “I’m not sure how long I’ve been a member of MyFrenchLife.org [community] – quite a few years! I love reading the articles on My French Life [magazine] and being part of this wonderful online community. I’m so grateful to Judy MacMahon for creating and sustaining it. Mille mercis, Judy!!!”

Thank you Janet – I loved finding out more about your life, writing, and your tips! You are, I’m sure, an inspiration to many other members – Judy

What is your ‘French life’ dream? Taking time out to write in France perhaps?  Please join the conversation in the comments section below.