Yesterday Karen Fawcett of BonjourParis.com and I met via Skype for the first time. We had a great chat and only said goodbye when the reception broke down to a point where we couldn’t make out what the other was saying…

Well, well who would have thought it? Living in such different worlds but yet so much in common: it’s the story of life don’t you find? (…more about this a little later)

The more years of experience I put behind me the more ‘soul mates’ I find in the most extraordinary places. Those who know me understand that I am ‘furiously curious’ and this trait brings about all sorts of discoveries, and all sorts of experiences.

Getting to Know Karen Fawcett

Karen is a professional woman born in USA who has lived in France now for 22 years with an diverse background from the position of Senior Vice President and Director of public relations, marketing and outreach of a Financial Services Corporation and Director of Public Affairs and Marketing for a Government Agency in Boston before heading to France.

Journalism has long been an important part of Karen’s  life… She was freelance journalist at the Washington Star (RIP).  She started her career as a designer and ended up writing for its Sunday magazine, HOME LIFE. While still being a designer. 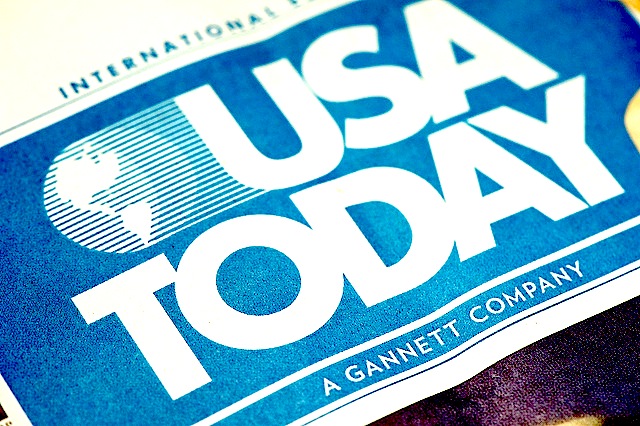 Because she’s curious, Karen helped change its focus from just the architecture and design .… towards features about the PEOPLE who occupied the spaces and why they chose to live that way. Washington is a “POWER” city — people loved the concept. The more famous the person, the less elegant/well designed the space needed to be.

Karen then contributed to the Washington Times and also USA Today for years. She was an on-going contributor to the Expat Abroad column in the International edition. Her deceased husband was all over Europe and Asia – and this gave her something to do other than shopping and to have the most incredible experiences — Karen said “I met people whom I’d never have met”…. It was a FABULOUS column — (as many as 2500 words) and they canned it for budget reasons!

Karen is a French resident and Paris is her ‘Principal place of residence’. 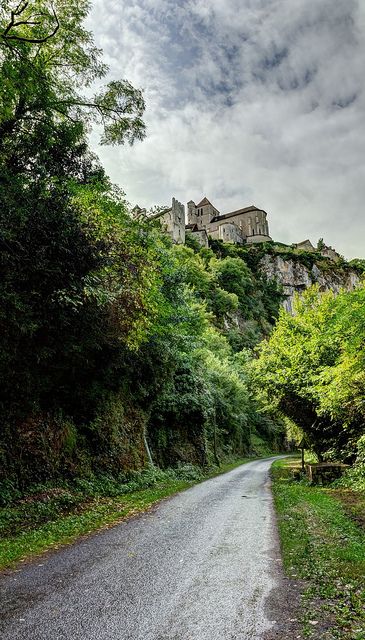 Then after discovering that she didn’t fit the ‘trailing spouse’ model as comfortably as many others, Karen re-launched herself into a career of journalism about 20+ years ago. And Bonjour Paris contributed the Paris City Guide for USA Today.com for years… but they canned that too for budget reasons. Today of course journalism is a very different ballgame; but that was then and now is now…

Today you’ll find Karen “spending far too much time in front of a computer” as she describes it. (Weren’t these computers meant to free us up for more fun time?). As President of Paris New Media, LLC and also of BonjourParis (launched in 1995), Karen is known internationally for her curiosity, extraordinary communication skills, her genuine practical approach and her warm heart.

In addition Karen is a consultant to on-line businesses; a staff member of ConsumerTraveler; a weekly contributor to JoeSentme.

The themes of Karen’s amazingly prodigious output are around; Travel, cultural differences, life in France and elsewhere, expat issues including legal and financial. Political reporting and whatever moves me that week. Columns are frequently generated by readers’ questions.

Perhaps at this stage you are asking yourself, just as I am: Who is this person? Does she ever sleep?  Well, let me tell you, I asked that very question and the answer is she’s a ‘shift sleeper’. Karen sleeps when she can and … whilst the computer is no longer in the bedroom the “CrackBerry ” is…

“I saw the Eiffel Tower when I was 13 and was blown away. Then I applied to the American College in Paris and I was accepted and my mother nixed it ;)”

Just so that I don’t give you the wrong impression of this sucessfull woman I’d like to share another side to her that most people who know her on-line don’t discover. 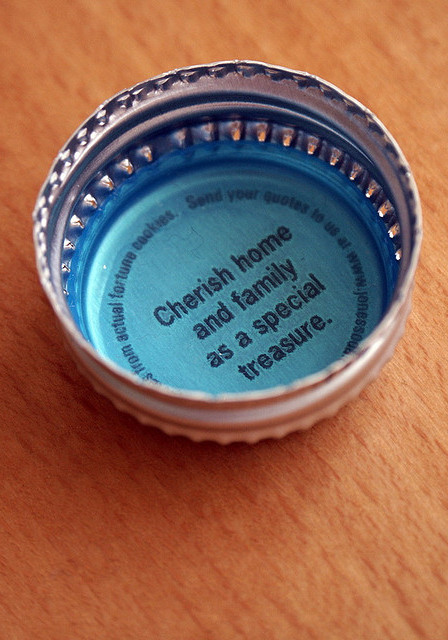 Through my chats with Karen I have learned of the importance of family in her life. In fact the first lovely photo I shared, was taken as she was running around with her grandchildren. Karen doesn’t think this is gorgeous at all. She says “no makeup no nothing .. at a picnic running after LITTLE children”. I think its gorgeous!

When you visit BonjourParis.com and on other on-line networks and forums such as LinkedIn.com, you will notice that Karen is answering as many questions as the world can throw at her. She has the self-enforced policy of answering every question personally! No delegation going on here! (even if there were people to delegate to 😉 )

As I mentioned earlier I discovered that Karen and I have many things in common.

As I tried to gather a better understanding of Karen’s life in France, I asked the following questions and Karen’s answers are here for you all to enjoy.

Did you have any prior connection or interest in France before moving there?

“Judy —   Funny you should ask that… I saw the Eiffel Tower when I was 13 and was blown away. Then I applied to the American College in Paris and I was accepted and my mother nixed it ;)” 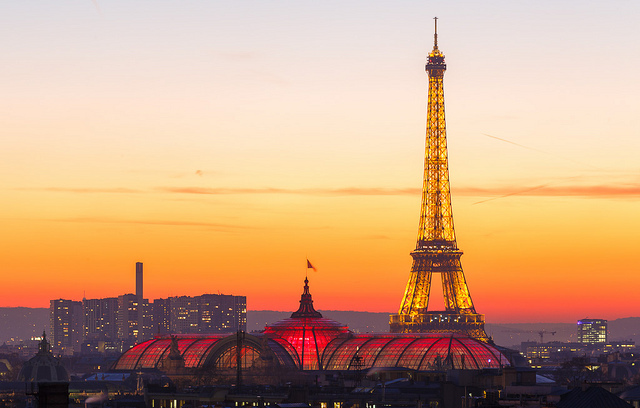 Would you give me 3 adjectives which best describe you AND how would you describe what makes you ‘tick’?

When did you come up with the idea of BonjourParis

“I did not. It was started by Bob Ellis on AOL. Bob returned to the U.S. and I inherited Bonjour Paris from him. However, I was with the site since its inception.”

“AOL was the star. THE PORTAL = We were Keyword: Bonjour bloggers — no way. Don’t get me wrong – there are great bloggers and terrible ones. “

“I think Paris is the most beautiful city of the world. The architecture, the street life, the flowers, the parks all over…”

What were you hoping to achieve when you created BonjourParis? (Personally and was there a commercial side?)

“Initially, our goal was for a group of American journalists who were living in France to share our love of the country. We erroneously assumed the French would see this as a perfect way to attract an American customer base …. EVER so wrong!”

Why do you believe your site has maintained its relevance all this time? Have there been various iterations?

“Judy – because I have been tenacious. It’s a content site written by mainly (not always) intelligent writers. I’ve tried to be responsive to what people want to know … and the fact that Bonjour Paris is a real community has been important. We have had so many renditions and iterations I’ve lost count. GOING TO THE INTERNET from AOL’s ‘Rainman’ composition system was the most important thing we did.” 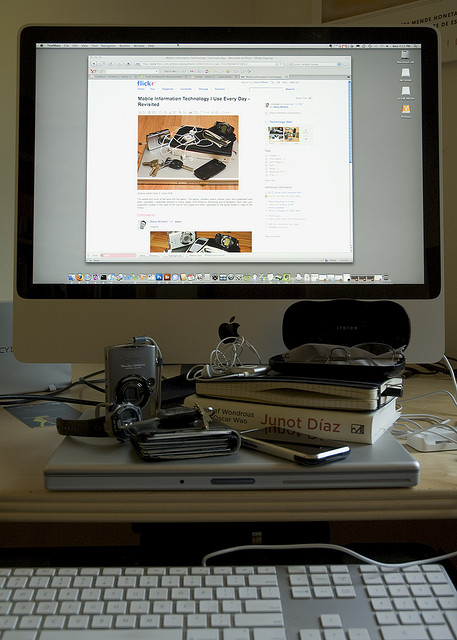 I believe you have a home in Paris, tell us about your ‘French Life’ in Paris…

“WELL – I certainly spend a lot of time behind this computer screen. I am constantly on the look-out for good writers, new trends, I am a political junkie – I get frustrated by many things… but what I’ve come to learn is the precise things frustrate me wherever I live.”

JUDY: And as I indicated above, when I spoke of Karen’s family, let’s not believe that Karen’s entire life is really spent in front of her computer. Only yesterday I discovered one of Karen’s havens. A place to breathe, relax and dream!

What is it that attracts you to France and the French?

“I think Paris is the most beautiful city of the world. The architecture, the street life, the flowers, the parks all over, being able to sit in a cafe … being a woman alone in Paris is very different than in the US. NEVER having to drive a car in Paris.”

What are your personal passions?

“Travel – but all over the world. I am so convinced that if people travelled, there would be so much more global understanding, less prejudice .… and peace. If I had my dream — every 16-year-old would be sent overseas so they wouldn’t be myopic.”

Can we play a little game of favourites for a minute?

Quarter in Paris: the Luxembourg Garden area in the 6eme.

French composer, singer, music / author, both / or other – whatever you love… and tell us a little about why? I go to as many concerts as I can… many are baroque, some opera – a lot of dance.

Favourite French food: ??? It’s the cross between taste and presentation. I love fish, but there is good food world-wide (and bad too) I do love French cheeses. Don’t forget the wine.

If it was a personal celebration where in Paris would you love to go for lunch and also for dinner – oh & what about a cocktail or something else special?

“If money were no object – probably Guy Savoy at lunch. I love the beauty of the restaurant and the history. I also love the bar at the Meurice … but that’s because of the bartender, William and the decor. There are so many places I love that aren’t fancy. I am a devout cafe sitter. You’re buying a seat on the world.

What have I missed? So much and nothing. The French can be frustrating but if you take the time, they are the nicest people in the world. You can’t be type ‘A’ person (MOI????)

“Get a train pass and go! LOOK UP! .… The architecture is so breathtakingly beautiful.”

Do you have any advice for members of My French Life™, who are all lovers of ‘La Belle France’?

“Walk everywhere. Do not over-schedule. Come back as often as possible … allow time the unanticipated. Get a train pass and go! LOOK UP! .… The architecture is so breathtakingly beautiful. Paris is a microcosm of the world …. Come without preconceptions and don’t spend your time on the Champs Elysées.

Karen, thank you so much for your time and sharing your ‘French Life’ with us.

So often we hear the ‘sugar-coated’ stories of Life in France or Paris. We all know that its never easy to live in a country other than your ‘motherland’, especially so if you haven’t mastered the language and even more difficult without years of training in the culture as a child. It was sooo refreshing to hear from a professional who has lived and loved for years in Paris… someone not afraid to ‘tell it as it is’, the good and the frustrating!

What are your favourite blogs? Let us know below!