At MyFrenchLife, interns don’t make coffee: we make the coffee for them.

Non, we’re not kidding. We treat our team members as equals.

We love nothing more than watching them grow, and seeing them achieve things they never imagined they would.

Most of all, we want them to understand the meaning of a well-worn cliché: that the best kind of work is the sort that doesn’t feel like work at all.

From day one, MyFrenchLife has been possible because of the brilliant people who have been part of the team. 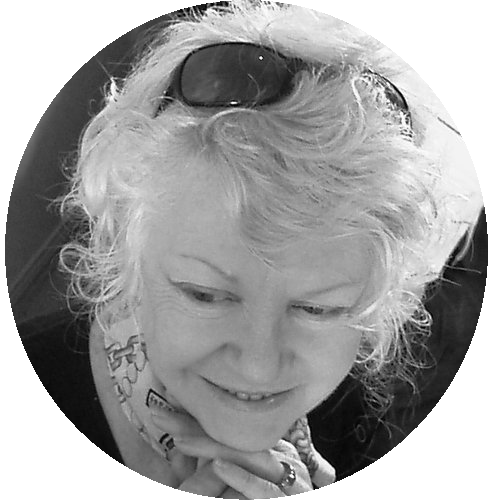 If you’re passionate about the online world, about publishing, media, editing, writing, marketing, communications or the ins and outs of entrepreneurship, then a role with us could be the perfect way to kickstart, reinvent or develop your career.

Judy’s curiosity means she has never stopped learning. And one thing she loves is sharing her knowledge and experience with other people. It’s more than simply mentoring – it’s sharing a passion with passion. Click here to read more about the magazine, or discover Judy’s story.

Working with MyFrenchLife is hard work, but it’s worth it. And, what better way than to introduce you to some of the fantastic people who are part of the team!

Hannah Duke joined the MyFrenchLife™ team in 2013 as a Communications and Editorial Intern before becoming Coordinating Editor. She’s also a freelance content crafter, with an overactive imagination and a dependence on strong coffee! You’ll now find her setting up office each day in a café somewhere in Melbourne – or Europe and North America, depending where her travels take her.
Hannah finally moved on to bigger and better things 😉 and is now a content strategist and all round beautiful and creative individual.

Here you can read Hannah’s words about her experience with MyFrenchLife.

Christina Guzman is a recent graduate in languages at the University of Melbourne, and was one of our wonderful Communications and Editorial Interns.

She wants to learn everything there is to know about France – be it linguistic, cultural and historical. Only this time, not in the classroom…

Ellen Burns was one of our amazing Communications and Editorial Interns.

An English and Painting graduate born in Ballarat, Victoria, not far from Melbourne. Ellen is loving learning all the ins and outs of a busy magazine!

Jill Craig, previously one of our Paris interns, is now indulging her love for all things French from Glasgow while she finished her Masters degree in English Literature and French.

She’s always on the move, meeting French expats and Francophiles in order to share their stories with MyFrenchLife™ readers.

Jacqueline Dubois has lived in many different countries for the last 20 years as a French expat, and is now back in Paris where she enjoys rediscovering her homeland with both an insider and outsider’s point of view. Her curiosity and passion for the written world has naturally drawn her towards MyFrenchLife™ to fit in her role as Correspondent and Liaison in Paris and Jacqueline also facilitates our French Book Club.

A raging Francophile currently studying language, linguistics and journalism at Monash Uni, Julia Greenhalf loves delving into the world of all things French – so long as there’s a decent cup of coffee alongside it! She’s an inhouse writer, and loved discovering the best of French in Melbourne in her role as editor for our Francophile Guides…

Where are they now?

Gabrielle Dauby was one of our Communications and Editorial Interns. Originally from Belgium, she had a ball learning everything about the behind-the-scenes world of publishing as part of our inhouse team in Melbourne. She is now based in Amsterdam, working as Web Editor for France at TravelBird.

Read more about Gabrielle’s experiences as an intern.

Sarah Taylor was a Communications and Editorial Intern with MyFrenchLife™ in Melbourne, then became our first Executive in Europe upon her return to Lyon. Though her dissertation on Voltaire had left her wary of writing, Sarah discovered a new passion for journalism and editing, and is now pursuing a career as a freelancer in France. She currently works for Euronews.

Briony Kemp-Griffin was our first Paris-based Intern – she loved the opportunity to explore Paris and meet many of the local faces. After interviewing the concierges of some of Paris’ most luxurious hotels for the magazine, she’s now determined to work in that very field once she finishes her studies in Montreal!

Read more about Briony’s experiences as a Paris intern.

Charles Trégouët is a Business student & former Marketing Intern for My FrenchLife in Melbourne. He’s now one step closer to his dreams of working with some of the top companies in the world: in 2014 he interned at PriceWaterhouseCoopers (PwC) in Paris, and has been offered the chance to study for six months in Shanghai.

Read more about Charles’ experiences as an intern.

Laura Griffin was our very first Communications and Editorial Intern. She began working with the magazine in hopes of landing a job as a newspaper journalist, and we’re happy to say she did just that!

Are you that special someone we’ve been searching for?

Click here to learn more about working for MyFrenchLife.