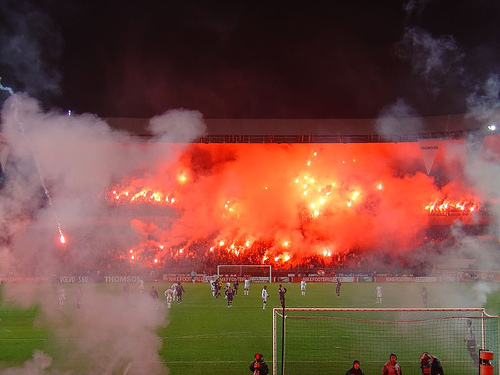 France and Australia both consider sport an integral part of their national identity. In France, the sport of choice is European football (known in Australia as ‘soccer’). In Australia, it’s Australian Rules Football (AFL).

Whilst AFL is classified as a full contact sport, soccer is only considered to be a limited contact game. Despite this, it seems violence is very much part of the package when it comes to soccer.

History of football violence in France

Aggression on and off the field has historically been a feature of French soccer. The history of ‘football hooliganism’ in France is rich and detailed. It includes incidences of car burning, flare throwing, mass injury and even death.¹

The rivalry between Paris Saint Germain (PSG) and Olympique de Marseille (OM) in the Ligue 1 football competition is well established, with regular instances of fans from each club being banned from attending matches.

The most recent occurrence was in April this year when OM fans were forbidden by the French government to travel to Paris to see the PSG-OM clash.²

In comparison, the history of violence in AFL in Australia seems relatively tame, with the majority of notable conflicts occurring on field.

That said, the world of Australian football is not perfect. One notable off-field example occurred in 2002 when an umpire was struck in the head by a bottle thrown from the stands.

Another young umpire was threatened and punched by an angry parent after an under 15s AFL match.³ 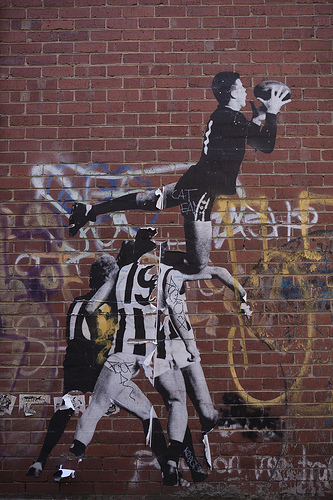 Intense rivalry exists in AFL too, with the greatest animosity found between opposing clubs Carlton and Collingwood. Most of the time, this rivalry serves only to increase ticket sales and promote a good pre-game atmosphere.

However, at times it can and does turn decidedly sour. This has resulted in assault and serious injury as recently as 2011.

In Australia, alcohol bears a portion of the blame for spectator violence and measures have been introduced to reduce the impact of excessive drinking on crowd behaviour.

The Parc des Princes, PSG’s home ground, is recognised as “the most hostile stadium in all of France”. 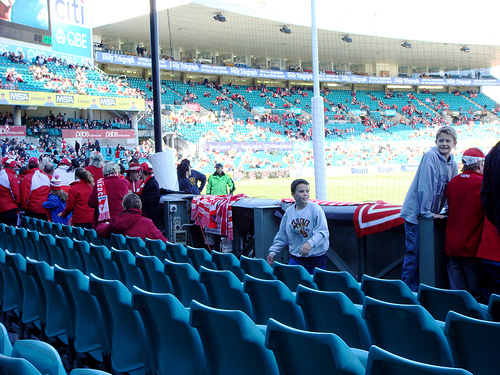 In sharp contrast, in a speech given by Andrew Demetriou, AFL matches are promoted as being suitable for the whole family:

“I think football is the great democratiser, the great leveller…No matter what colour, what religion, what political affiliation, socio-economic or geographic background, what age or gender, people come together at the football. They come together in a safe, secure, family-friendly environment. They come together harmoniously and without incident.”

Whilst that quote paints rather a rosier picture of sport in Australia than is realistic, allow me to be clear. My intention is not to pat Australians on the back or point the finger of blame at France. Indeed, France is not the worst offender in this space.

Rather, I simply wonder if some of France’s contemporary challenges mightn’t be aided by adopting a more ‘Australian’ approach to sport. That is, to see it as an opportunity to unite people, rather than yet another thing that keeps them apart. 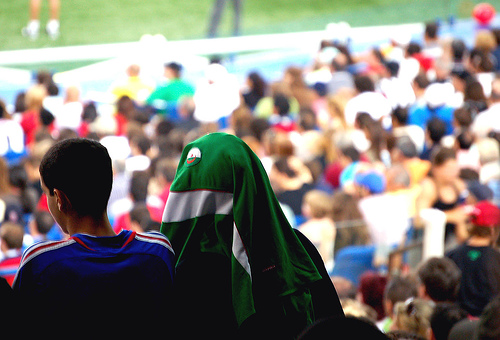