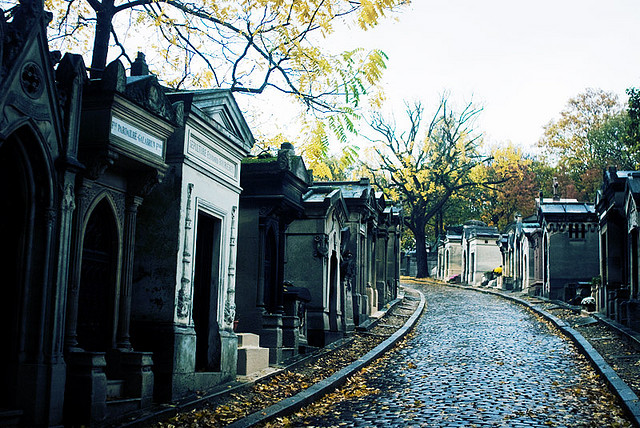 I have had the incredible luck and privilege to be able to return to France, my native country, every spring since 2002. I generally spend about two weeks in northern France, where my family lives, and also stay a few days in Paris.

This year, somewhat out of the blue, I decided to rent again – for the entire month of June – the apartment that I had occupied for ten days last year on rue Mouffetard.

So, here I was, with an entire month in Paris, a city that I know well enough, but not thoroughly. My goal was to get off the same old beaten Parisian tracks – discover new places, revisit old favorites, and enjoy things that are not available to me in the U.S.A.

Here are four fun things that I did.

I found a quaint street I had never known about before… 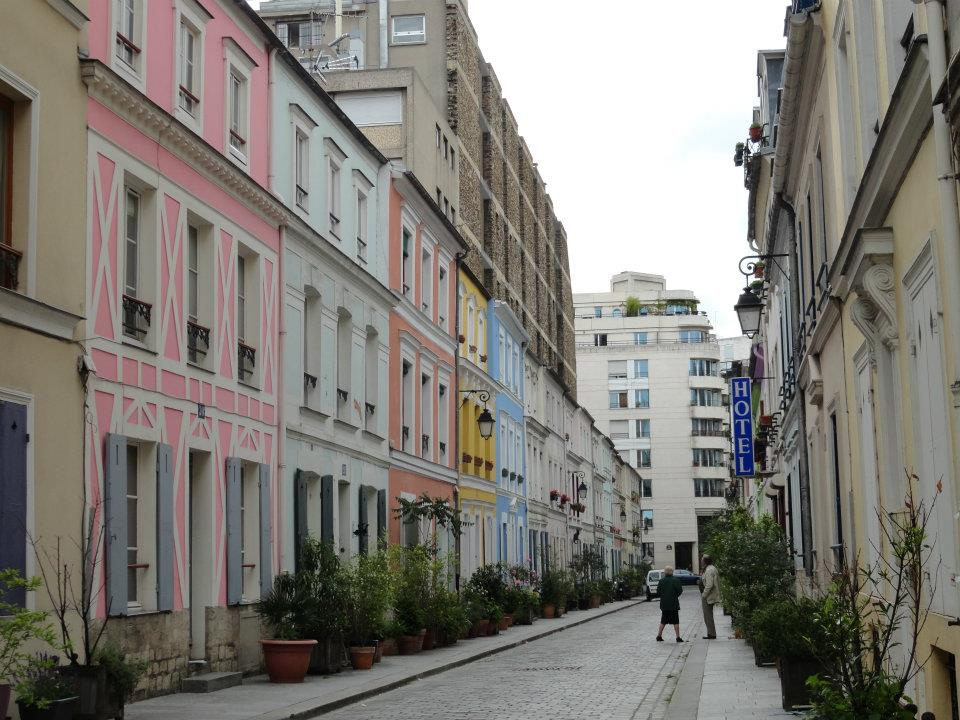 Located a couple of blocks from Gare de Lyon, rue Crémieux is a colorful pedestrian street that is nothing short of a throwback to a typical 19th century workers’ neighborhood. Created in 1865, it counts 35 identical houses, each with a basement and three floors. Many of them are painted in pastel colors and some have decorative accents on their façade.

I visited rue Crémieux on a sunny Sunday and folks were either sitting on comfortable chairs, sipping an apéritif, or had set up their lunch table right on the street.

I had fun seeing dead people…

I love the famous Paris cemeteries: Père Lachaise, Cimetière du Montparnasse, and Cimetière de Montmartre. This time, my brother talked me into taking a tour with the theme ‘Dark humor at Père Lachaise’.

We had a wonderful guide named Bertrand Beyern, a man with amazing public speaking skills, a quick wit, and an astounding knowledge of this cemetery. I am now convinced that taking a guided tour is the only way to get the most out of a visit to Père Lachaise. 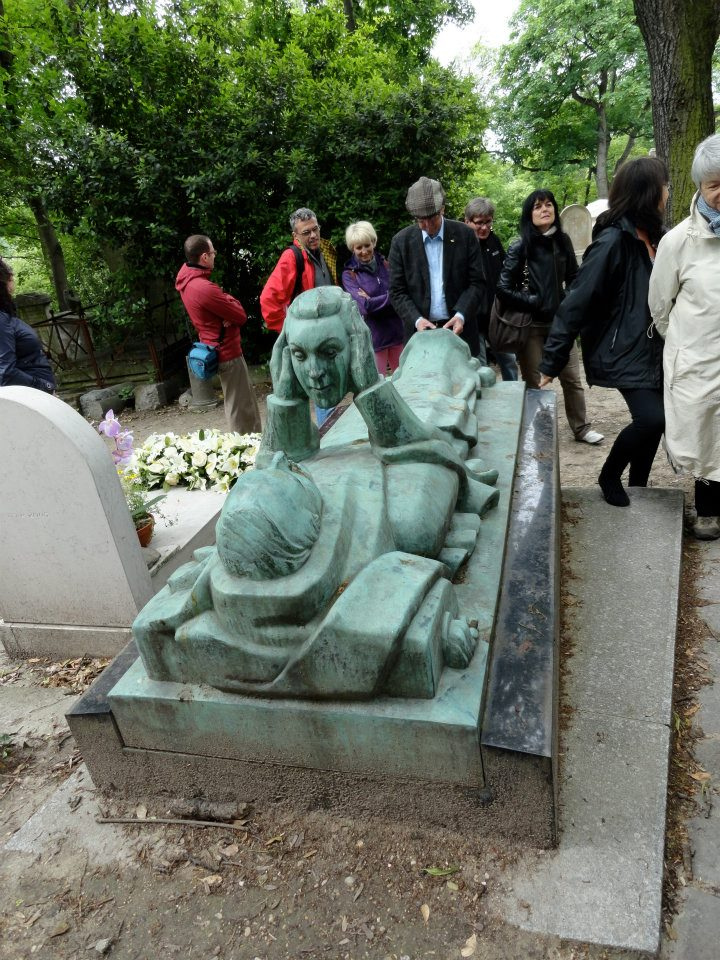 I also returned, alone this time, to the Montparnasse Cemetery where a few of my very favorite French writers and entertainers are buried: Baudelaire, Joris-Karl Huysmans, Jean-Paul Sartre, Simone de Beauvoir, Samuel Beckett, Jean Poiret, and Serge Gainsbourg – to name just a few.

I walked the entire length of the Coulée Verte… 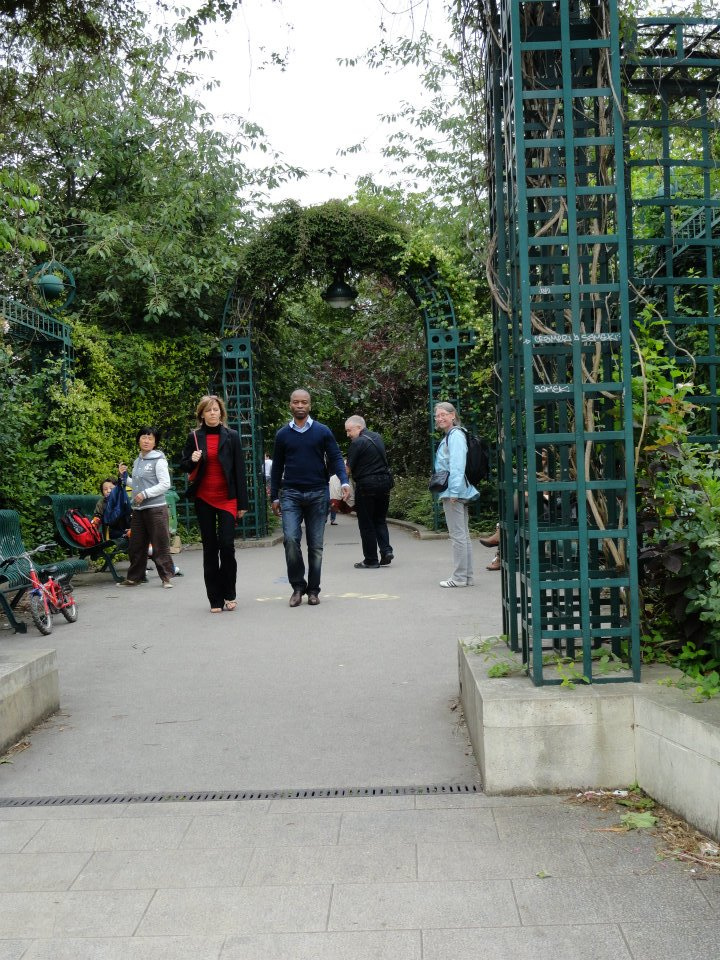 Also known as the Promenade Plantée, this gorgeous, 4.7 kilometer-long pathway – a good part of which is elevated – is located in the 12th arrondissement. It begins behind the Opéra Bastille, and ends at the edge of the Bois de Vincennes.

It was built in the early 1990’s over the old Vincennes railway line that used to run from the Bastille station to Verneuil l’Étang. Interestingly, I used to take the train running on that line with my godmother when I was a little girl.

I had lunch at ‘Le Train Bleu’…

‘Le Train Bleu’ is the lavishly ornate restaurant located in the Gare de Lyon in Paris. It was built for the 1900 Universal Exhibition. The décor makes eating there definitely worthwhile, but the food, although quite decent, was not as exquisite as I was expecting it to be. 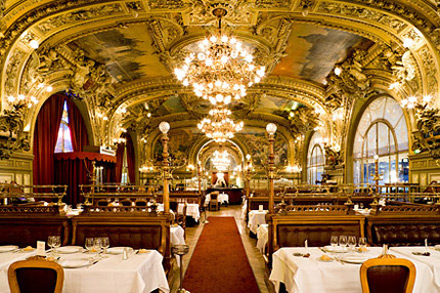 ‘Le Train Bleu’ is featured in a famous scene from Luc Besson’s ‘La Femme Nikita’, as well as in ‘Mr Bean’s Holiday’ with Jean Rochefort playing the stuffy maître d’.

Of course, I did many other things in Paris, and discovered more places that I had never seen before. I hope to take many more trips to the City of Light, and I know that a lifetime will not be long enough to exhaust all of its possibilities!