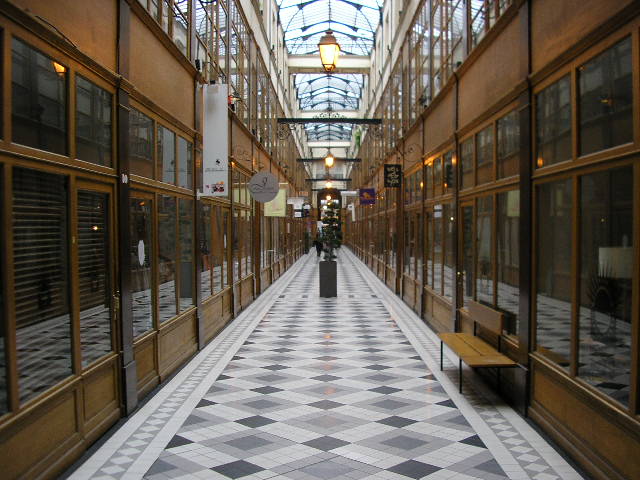 History is like an endless waltz. From the late 1700s till the mid-1800s, a hundred or so passages were built in Paris. Over that period of time, they became trendy places where people strolled, shopped or just came to observe and be observed.

However, their demise was signaled by the first department stores (Au Bon Marché in 1852) and for the few which survived Haussmann’s remodeling of Paris, they were only the shadows of their former splendor. Obviously, this is not the case anymore… 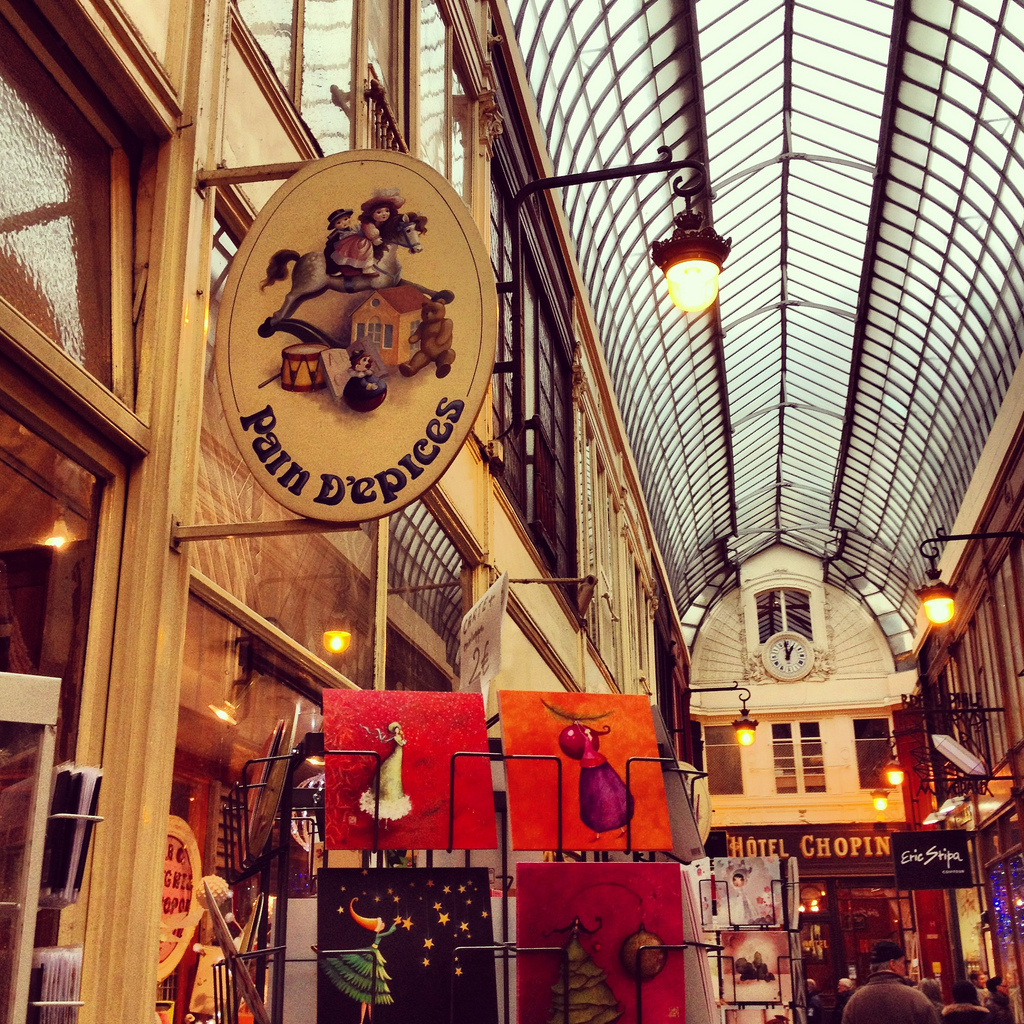 They are examples of 19th-century visionary architectural works of art, built with the best of their industrial-age technology such as wrought-iron structures and glass skylights.

While Paris streets were filthy and had no pavements, these arcades offered comfort, gas lighting and heating.

It was the perfect place for the French emerging middle class – the bourgeois – to go shopping and be protected from the rain, the dandies to be seen and for the artists to meet at cafés and bookshops.

The fifteen or so which still criss-cross the capital nowadays are gathered in the 10th, 2nd and 9th arrondissements. Most are registered as historical monuments and the city of Paris has launched a campaign to place them on UNESCO’s list of World Heritage sites.

However, they are all privately run and owned, which explains why it sometimes took decades before the most neglected ones could be renovated. 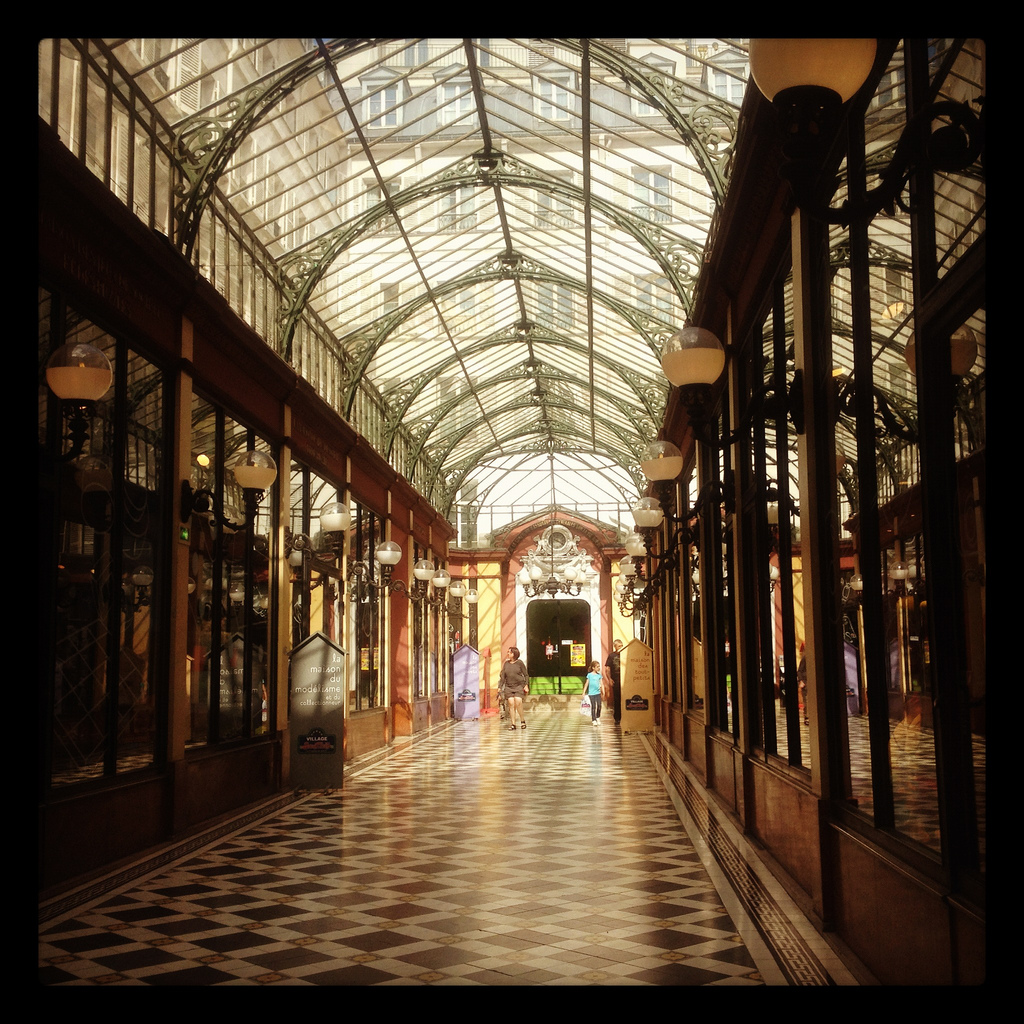 Not so long ago, in the early 80s, the covered passages were not particular places of interest. Most had fallen into disrepair. Their entryways were so inconspicuous that you would not even notice them.

The words of Louis-Ferdinand Céline about Passage Choiseul, for instance, still rang true: “It had gas lamps that stank as badly as the stagnant air and smelled of dog’s urine.”

It seemed to me that only stamp or postcard collectors dared spend time in those galleries.

Yet the change was already taking place: Kenzo had opened his first boutique in Passage Choiseul in the early 70s (before moving to Place des Victoires), it was common to see some TV celebrities have a tea at A Priori Thé in elegant Galerie Vivienne, and Pain d’Épices was already the vintage toy-shop of Passage Jouffroy. 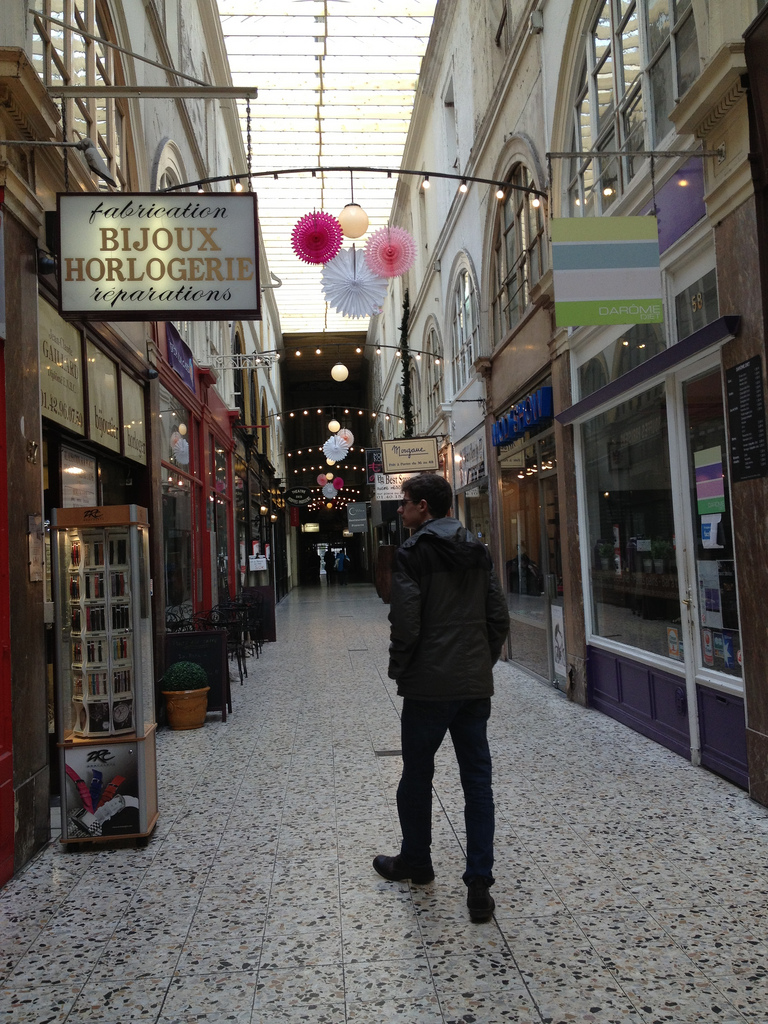 When in 1990 Passage du Grand Cerf was restored to its former glory, making it a must-see not only for the boutiques of jewelry-makers or fashion designers but for the beauty of its stunning artwork, it was obvious the passages had regained favor and that it was only a matter of years before others underwent the same ‘face-lift’.

Nowadays, hipsters queue up at the renowned restaurants of Passage des Panoramas and Passage Choiseul, the longest one, is quickly following in its footsteps. They are bustling with activity.

So history has come a full circle. Like their predecessors 200 years ago, Parisians seek refuge from the aggressions and discomfort of the city, to find warmth, beauty and humanity, all in one enchanted place. 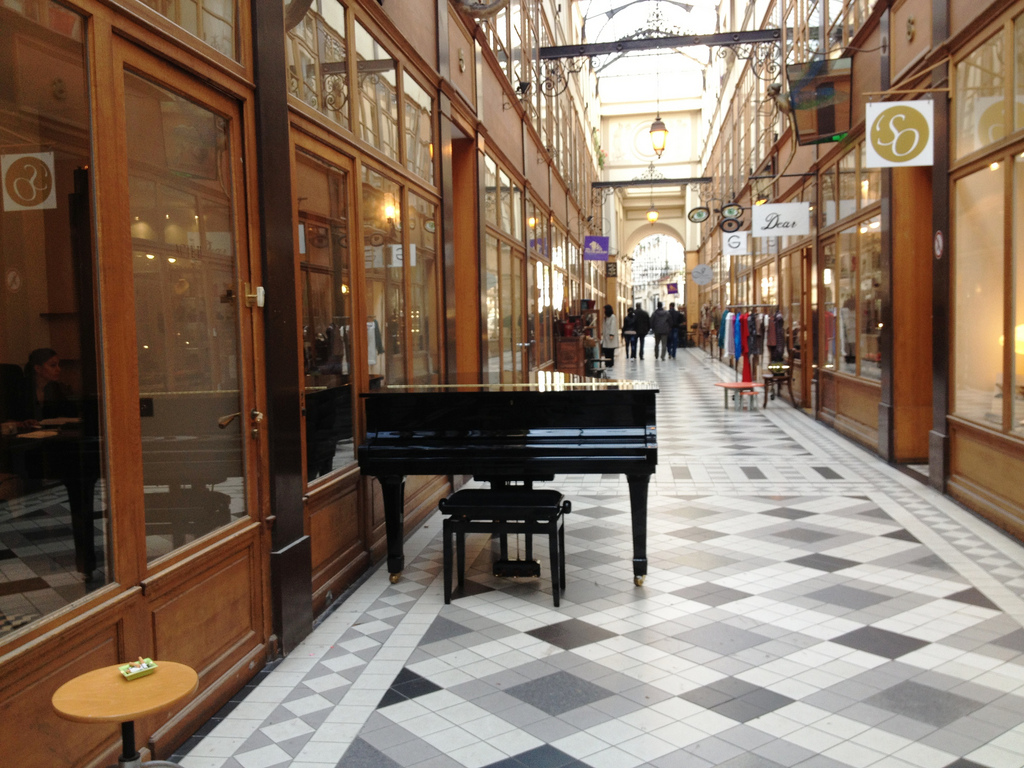 You may want to find the names and location of all the actual covered Passages and if you Google ‘Paris Passages’, you will end up with  a huge list of links to articles or sites. Therefore, I recommend that to start with, you should try Paris Connu and Passage et galeries, which are concise and clear.

Have you visited any of the passages? Which is your favourite?