French renovations in the Loire Valley 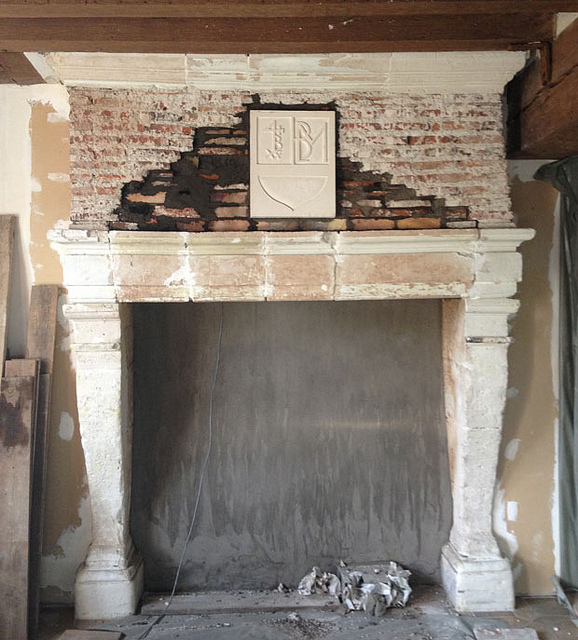 The first time we visited Closerie Falaiseau, a beautifully restored Renaissance home built in 1584 near Blois in the Loire Valley, we didn’t see the upstairs fireplace. It was almost completely covered up with a large wardrobe.

So on the second visit, we asked if the cupboard could be moved. But it was very heavy and we only had a partial view. It was not until we signed the final deed of sale and saw the house empty that we had any real idea of the state of the fireplace and even then, it turned out that a large rattan fan was hiding a gaping hole filled with cement. 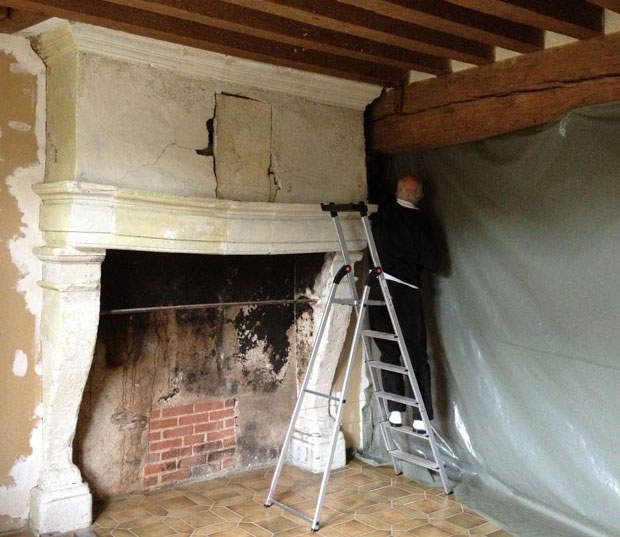 We learnt that when the previous owners bought the house, the seller had removed the coat of arms above the fireplace. Our previous owners had a new stone sculpted but never got around to restoring the fireplace. So it was my husband’s first renovation job upstairs which he estimated would take about a week. We had already converted the ground floor into a gîte for holiday rental.

It proved to be a gross underestimation. There was a big sag in the lintel, pushing out the jambs; the mantle had to be completely redone so that the new stone could be incorporated. Someone had obviously used the fireplace incorrectly at some time and it had caught fire leaving considerable damage. There was no trap to regulate the airflow from the flue and no air intake to stop the fire smoking. The hearth was non-existent. 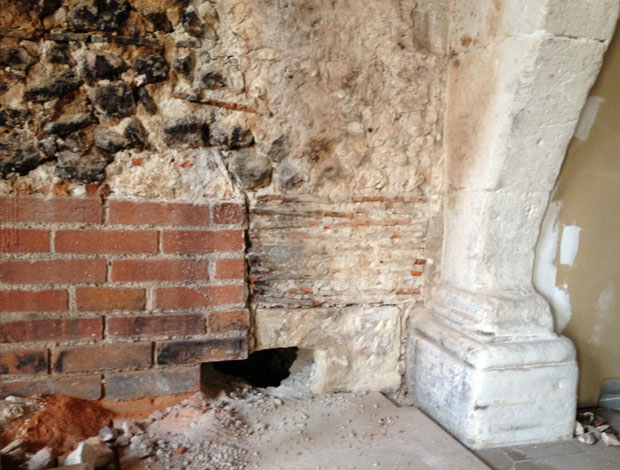 The first step was to drill a large opening through the 70cm thick wall of the chimney for the air intake. The next step was to remove the five stones forming the lintel so that it could be straightened. After that, the facing and some of the mantle bricks had to be removed to incorporate the new stone.

A trap had to be made at the entrance to the flue and painted and the back of the fireplace and inside of the mantle completely covered with refractory cement after lining them with chicken wire to help fill the gaps. That was probably the most time-consuming part.

Once the lintel stones had been put back, the mantle was reconstructed and rendered. By this time, I had joined the one-man renovation team. I learnt how to apply cement to the back of the fireplace then reconstruct the missing bits of stone on the lintel and jambs with a mixture of lime, sand and water.

That was very finicky indeed but the results were most satisfactory. 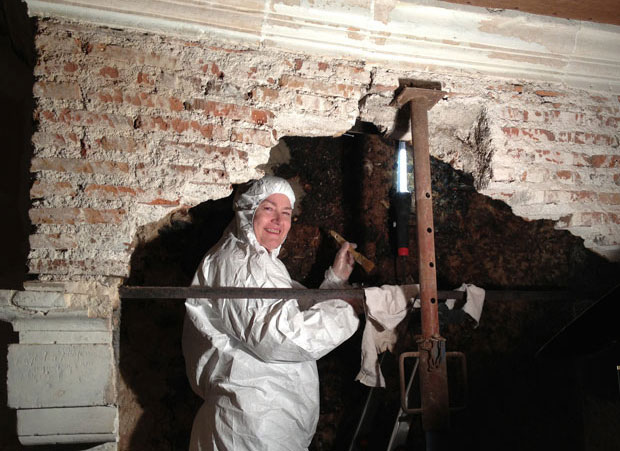 I then used a liquid mixture of lime, water and three different pigments to coat the entire fireplace several times to give it an off-white and fairly uniform finish. My husband began making the hearth with recuperated fire bricks which turned out to be another lengthy process as air tunnels had to be left underneath.

Meanwhile, I rough rendered the walls on the left and right after priming them as they had never been unfinished.

Surprisingly, it didn’t take very long at all and I gradually improved my technique for the side that will remain visible. By then, of course, my arms and hands were aching. Being left-handed and fairly ambidextrous proved to be very useful! 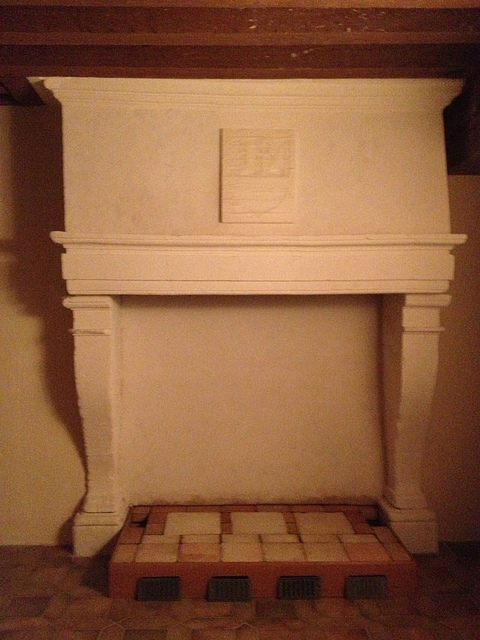 Finally, I helped with grouting the hearth once the bricks were in place. The whole operation took more than four weeks! Next time we go back, all we have to do is put the ventilation grills in place, bring up the 150 kilogram fireback, get in some wood and strike the first match! Then we’ll crack open the champagne!

All images by Rosemary Kneipp