A few sure signs that I am in France… 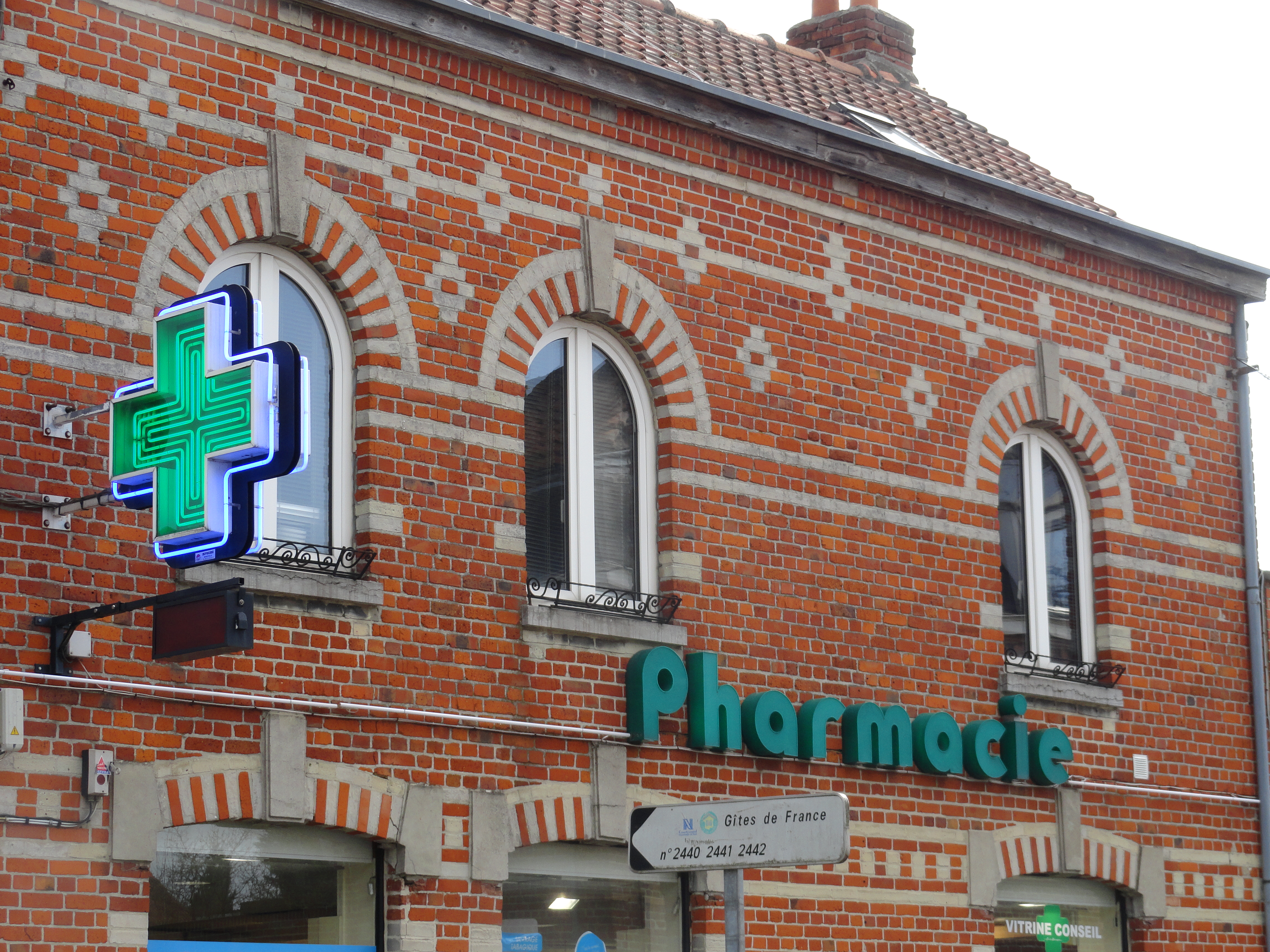 Many small things make up the very essence of France. Some are fun, some are weird, and others are downright irritating.

When in France, I am surrounded by things that remind me that I am back in my native country. Here are a few.

Cars in France are generally tiny, so urban parking lots are tricky to negotiate, and parking spaces can be very narrow. There are major multi-lane highways, but there are still very slender roads, sometimes with a ditch on each side – a challenge when meeting oncoming traffic. 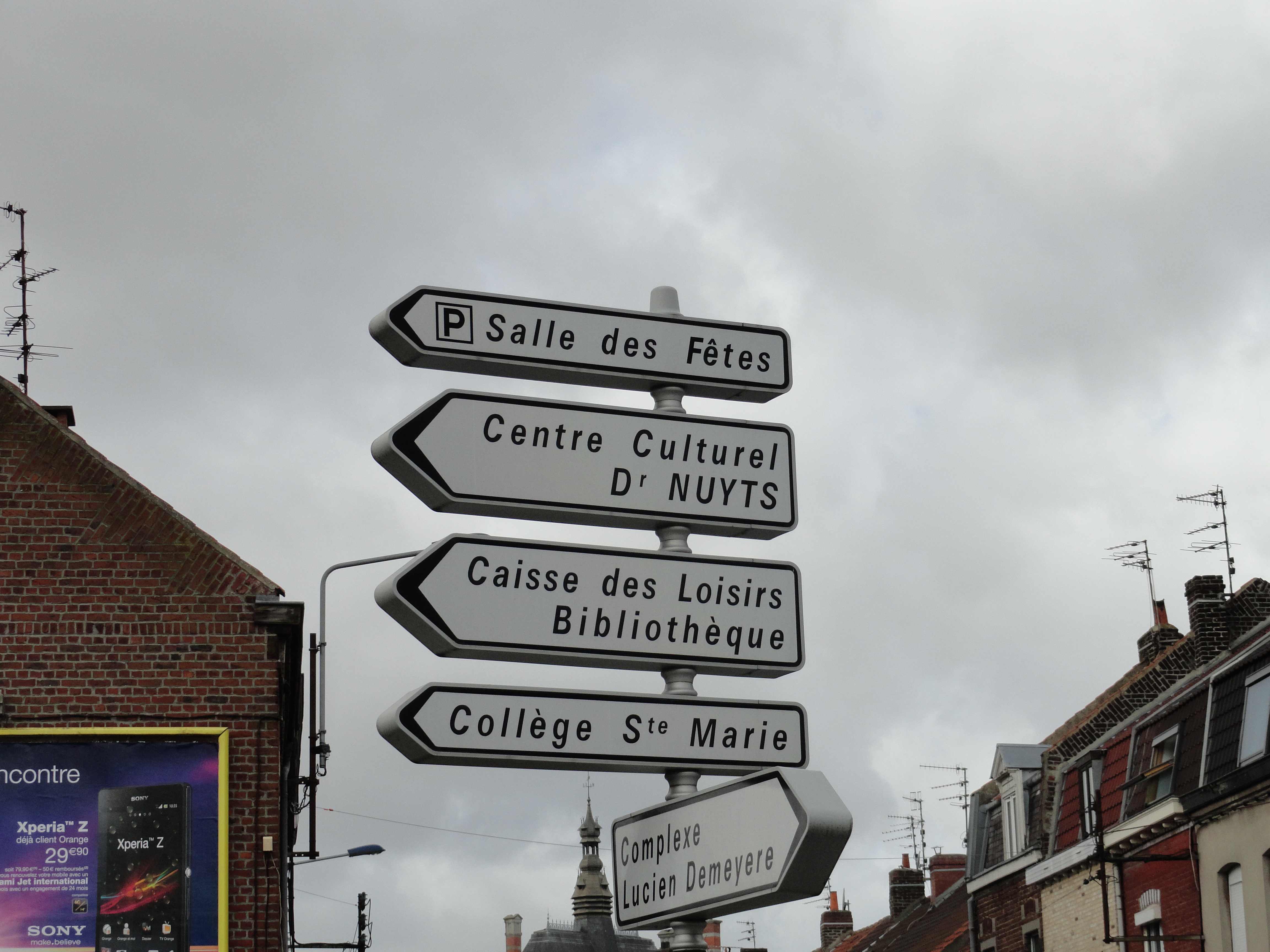 Ronds-points are everywhere in France, and there are definite rules on how to enter them. But they are not usually mayhem like Place de l’Etoile in Paris! 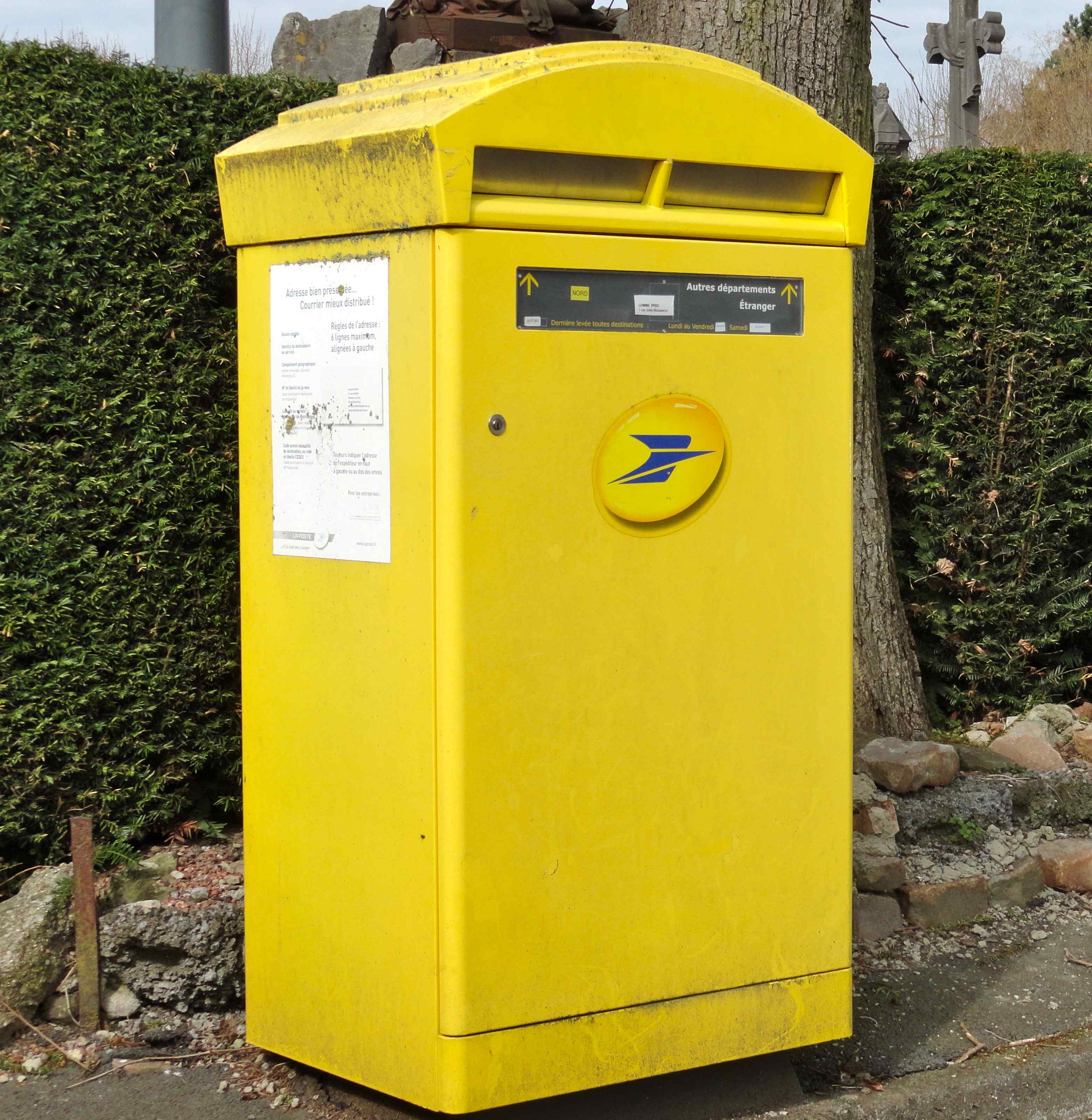 I am not sure why I am mentioning this. Maybe because, years ago, my father painted our mailbox ‘post-office yellow’, and even put the little Poste blue logo on it.

Not quite on every block, but they are easy to find – just look for the green cross. French pharmacies are not like American drugstores; you can only buy medication and some ‘para-pharmaceutical’ items, such as excellent skin-care products. French pharmacists are knowledgeable, and will give you great advice and remedies to deal with whatever ails you.

Most cities have passed ordinances to fine people who fail to pick up after their dogs, (contrary to what the picture suggests, French dogs do not clean up after themselves), but you still have to pay attention where you walk. The homemade sign on the right, which I saw on one of my walks recently, reads ‘forbidden to turds’.

French houses and many appliances are smaller than in the US, but it’s not an issue, except for washing machines – they are downright tiny, and their washing cycle lasts forever. Some people own dryers, but many still dry their clothes on a line, and although hanging underwear in public sight is a no-no in the US, the French do it routinely. The electric company also has ‘reduced rate hours’, during which people tend to do their laundry.

No door knobs – the French have door handles 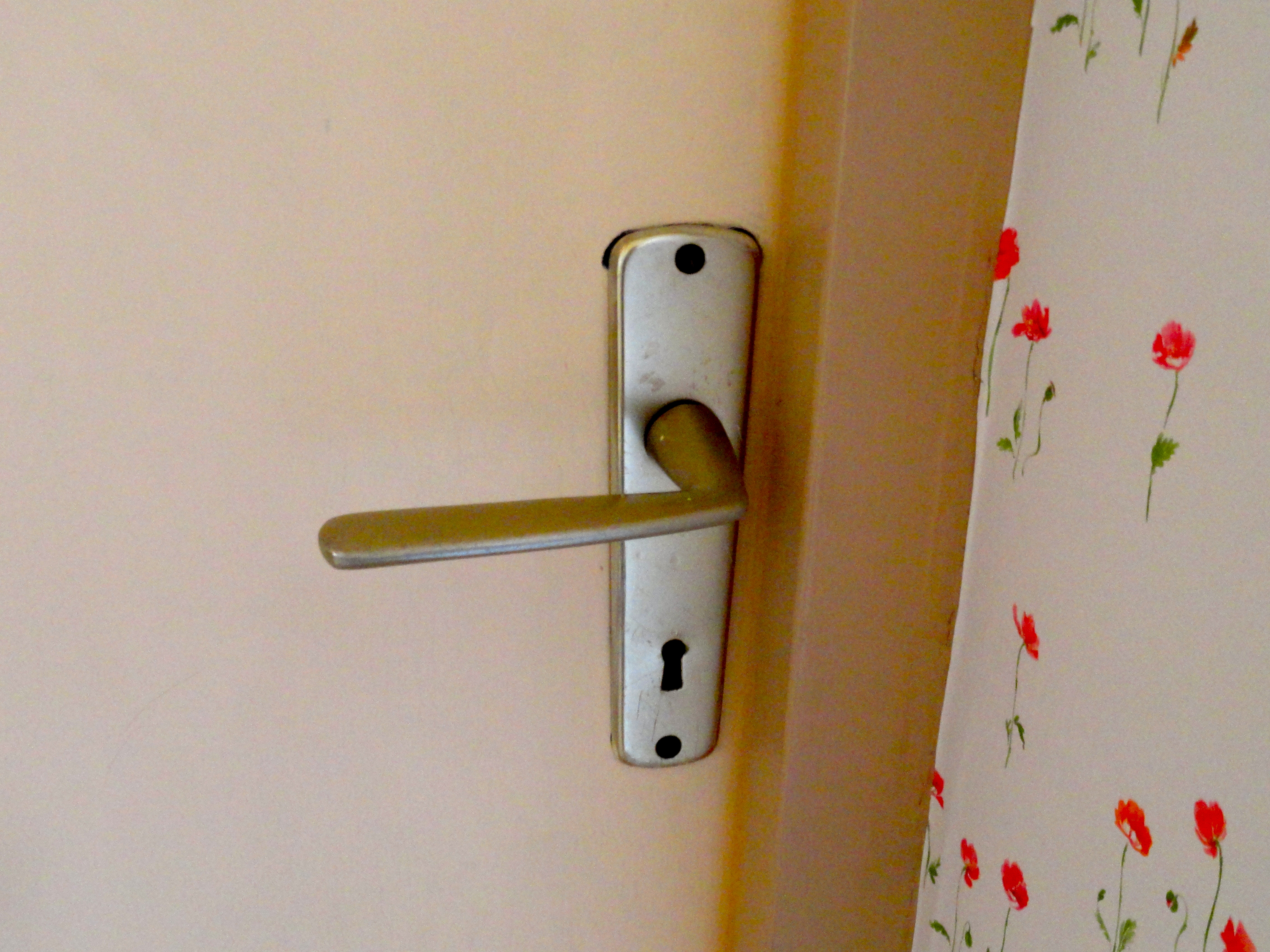 This is a small detail, but I always notice door handles when I am in France. 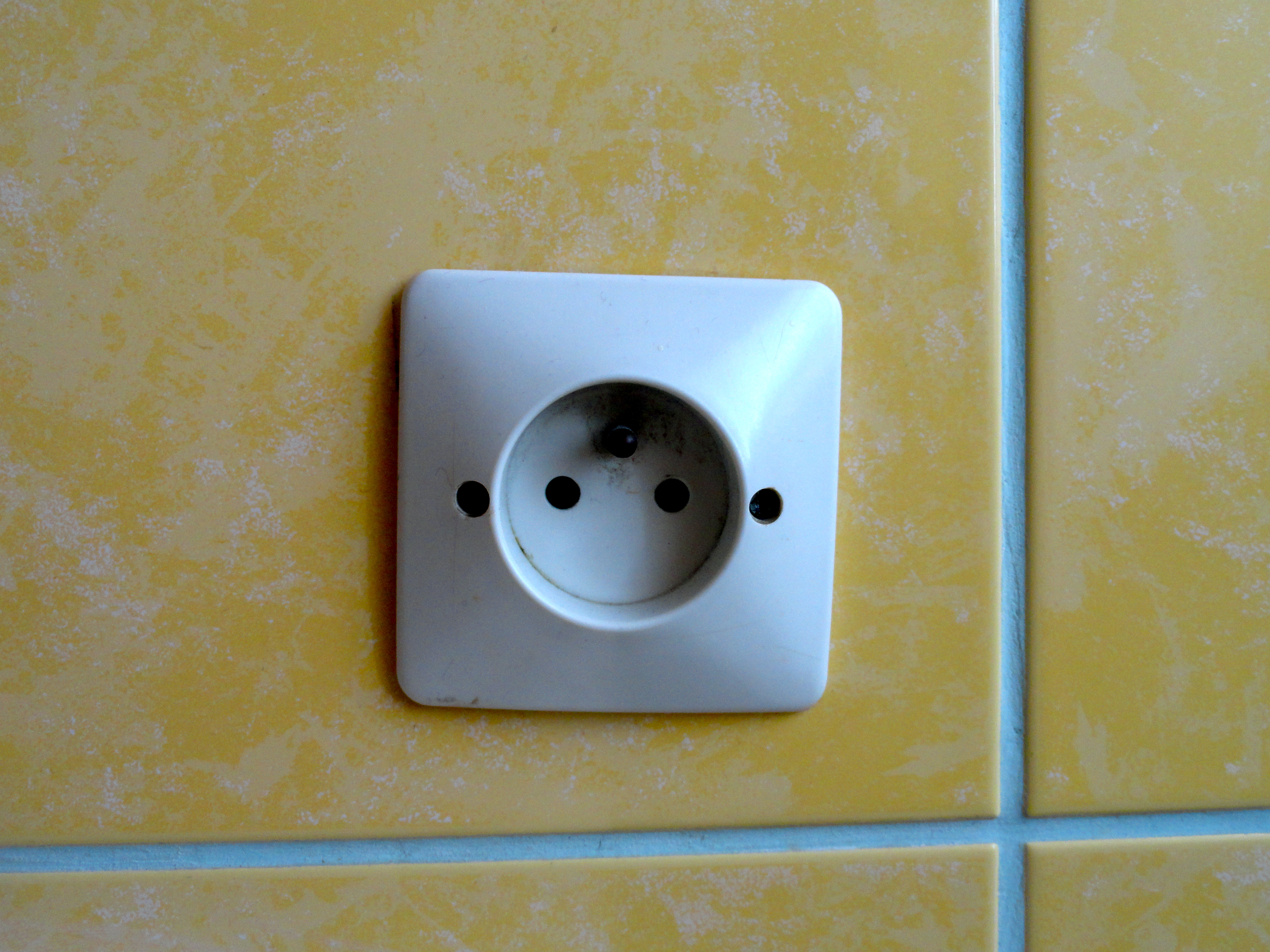 Get an adaptor! Also, French outlets supply electricity at 220/240 volts, while North American ones do this at 110/120 volts. For most appliances, this does not matter, and a plug adapter is sufficient, but some may require the use of a voltage converter (I have seen American hairdryers smoke when used without a converter in France). 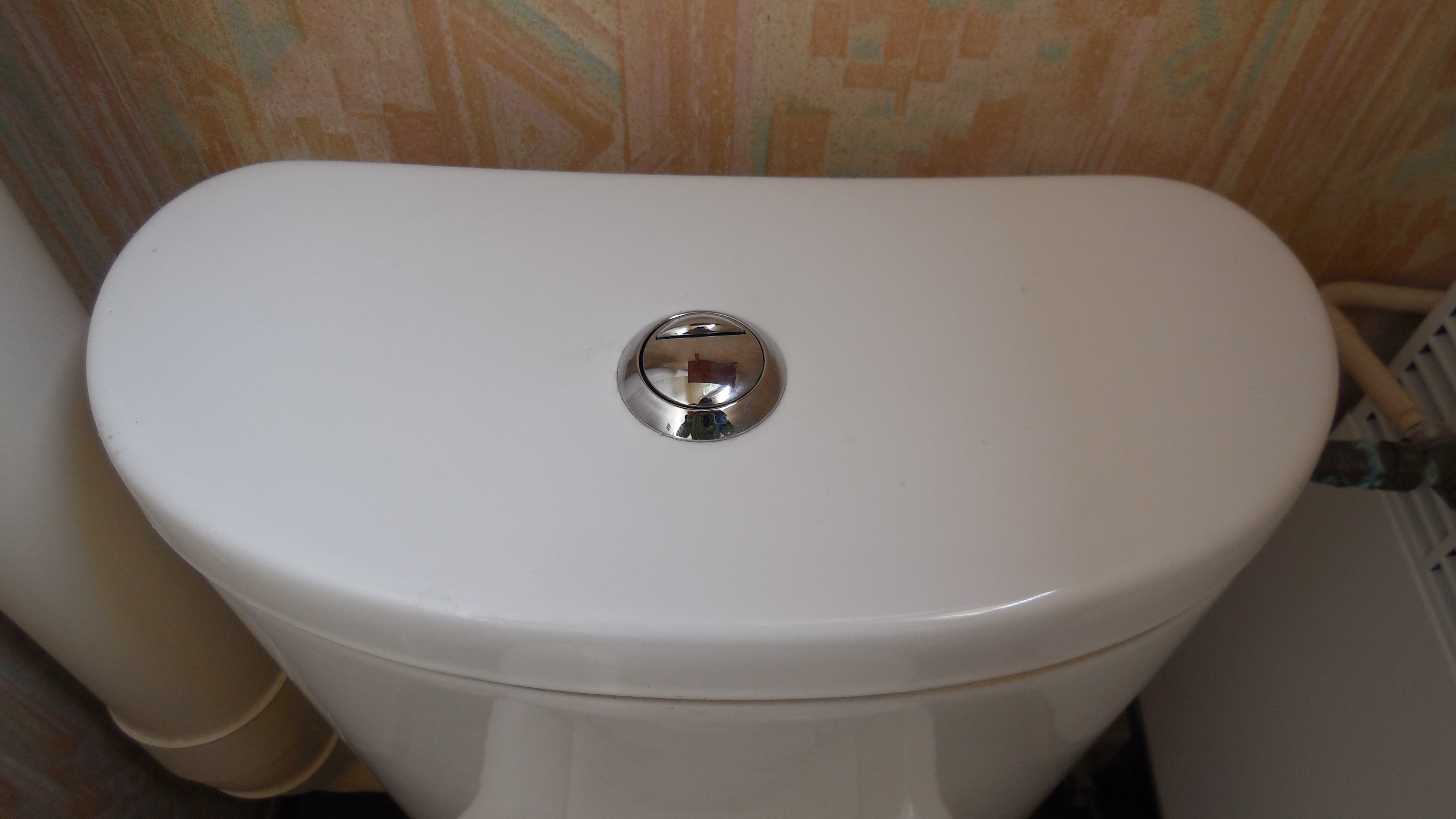 In most French houses, the toilet is in a small ‘water-closet’, not in the bathroom. The toilet-flushing device is also different. It is not a handle, but a divided button on top of the water tank. This is because French toilets use a dual flushing system. Push the smaller half of the button to flush liquid waste, and the larger one to flush solid waste. This system saves water when used correctly.

In your travels to France, have you noticed other little things that make you smile, baffle you, or irritate you?