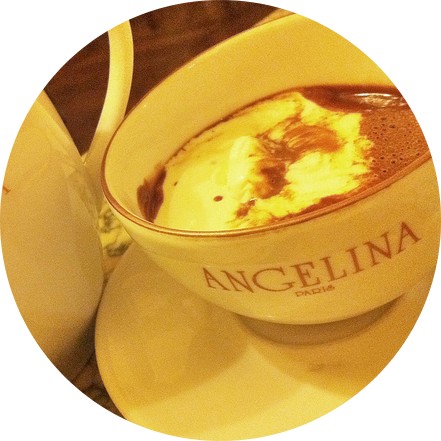 Swaddled in our coat and scarf, we have no doubt that winter is in full swing in Paris.

Seeking warmth and gentleness, we look like errant nomads, hallucinating for the perfect (oasis) wintery drink: the aptly-named hot chocolate.

But what classes as a traditional French hot chocolate? Where did it even come from? And, most importantly, where can we find them? After having tasted a swathe of disappointing imitations, we told ourselves that it was high time to find the answers, and of course, to share them with you!

We’ve already sought out the top ten classic hot chocolates in Paris and those hidden off the beaten path!

So chocoholics, get prepared to unveil the secrets of the creamy beverage.

1. Origins and history: the drink of gods

Around 500 BC, the Mayans used the cocoa beans to prepare a foaming and bitter hot drink – called xocoalt – that they would mix with water, cornmeal and chili peppers. 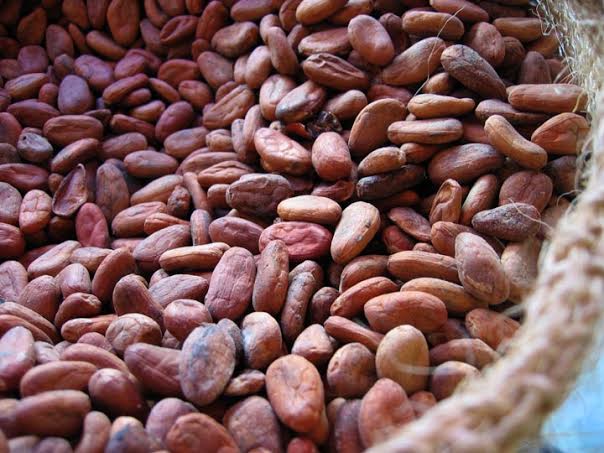 Later, Aztecs would also drink a beverage made from roasted and ground cocoa beans to which they would add vanilla and different spices. The hot chocolate was really hot at that time!

Nevertheless, only the emperor and the upper classes of the Aztec society were allowed to drink the chocolate beverage associated with the god of fertility. It is said that Emperor Montezuma could drink up to 50 cups a day just on his own! Cocoa beans were so valuable that they were even used as a currency. 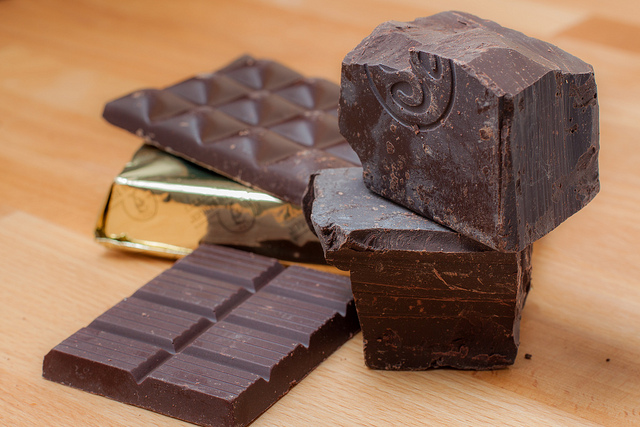 In 1519, Spanish explorer Hernan Cortez and his crew arrived in Mexico and discovered the chocolate drink. Because they found the beverage too bitter, it wasn’t long before they sweetened it with sugar.

In 1528 Cortez brought the cocoa beans back to Spain, which marked their arrival in Europe. With the help of trade and commerce, over the 16th and 17th centuries they spread throughout the rest of the continent.

Once reserved to the upper classes, it is thanks to the Industrial Revolution that chocolate became more accessible and popular.

It is also during this period that chocolate factories began to burst with creativity and ingenuity, finding new and exciting ways to eat chocolate: chocolate powder, hazelnut or milk chocolate…

Finally, during the 1920’s, the first chocolate bar appeared.

It was in 1615 that Anne of Austria, Louis XIII’s wife, introduced chocolate to France. Yet, it was much later, thanks to Louis XIV’s wife Marie Thérèse, that the drink really became a habit at the court in Versailles. At that time, only the court and the wealthiest could have access to the hot drink coming from America. 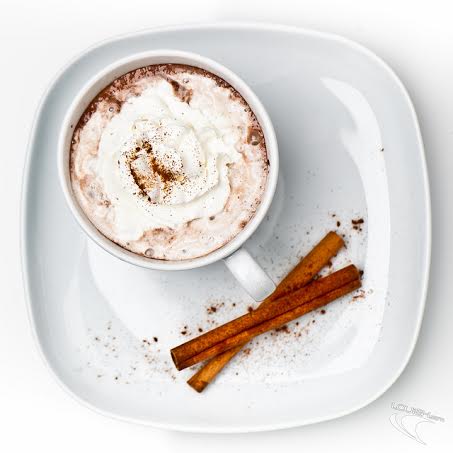 For many years, kings and queens of France, from Louis XIII to Marie Antoinette, fell in love with the beverage known for its aphrodisiac and energising properties. During the 18th century, Louis XV was told to be the greatest lover of hot chocolate. The King was so keen on the beverage that he would even prepare it himself from time to time!

With the Industrial Revolution, the drink gradually became more accessible and spread to more and more tearooms – the most famous one being Angelina. Established in 1903 by the Austrian confectioner Antoine Rumpelmayer, the tearoom was named after his daughter-in-law. 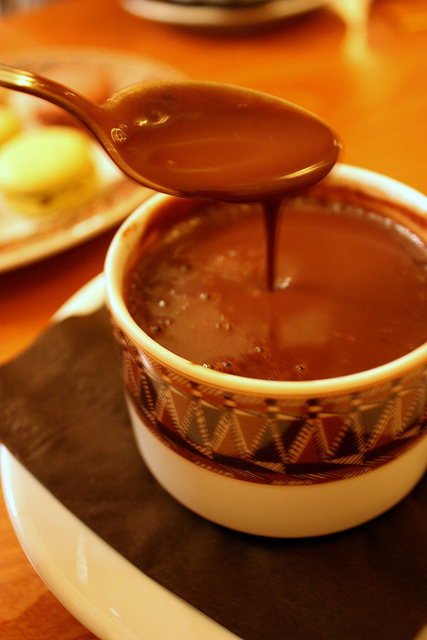 Just to make things clear, the chocolat chaud traditionnel, à l’ancienne or ‘de grand-mère’ refers to anything but the mix of water or milk with chocolate powder.

Having said that, it seems that there is no one right hot chocolate recipe. It’s above all a matter of taste!

First comes the question of milk or water. Surprisingly, using water is not a mistake! Even the greatest chocolate makers do it. Pierre Hermé, for instance, uses mineral water to which he adds dark chocolate and unsweetened cocoa powder.

Others, like Jean-Paul Hévin, prefer to use milk instead to get a creamy texture (with more calories of course!). Some also like to add a touch of cream when they melt their chocolate in the pan for an extra smooth touch.

As far as chocolate is concerned, the amount of cocoa is important. If the chocolate used contains less than 60% cocoa, your drink might not taste as intense as you’d wish for.

Chocolates often used to make chocolat chaud include Valrhona (4 euros the bar), Bonnat (7 euros the bar) and Van Houten (around 4 euros for a box of 250g of cocoa powder): these are the top quality brands, and yield top quality results! 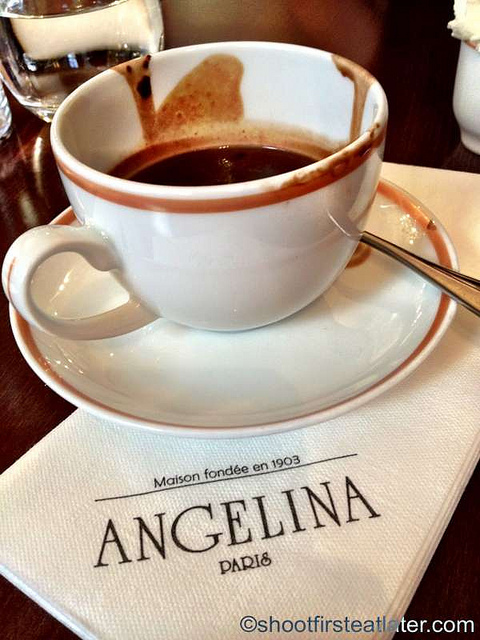 Finally, here are five questions that may be useful to ask the next time you order a hot chocolate. Et en français s’il vous plait!

Now you’re an expert on the warm drink, we’d love to know what is the perfect hot chocolate for you. Where did you taste the best one so far? Share your comments with us below!